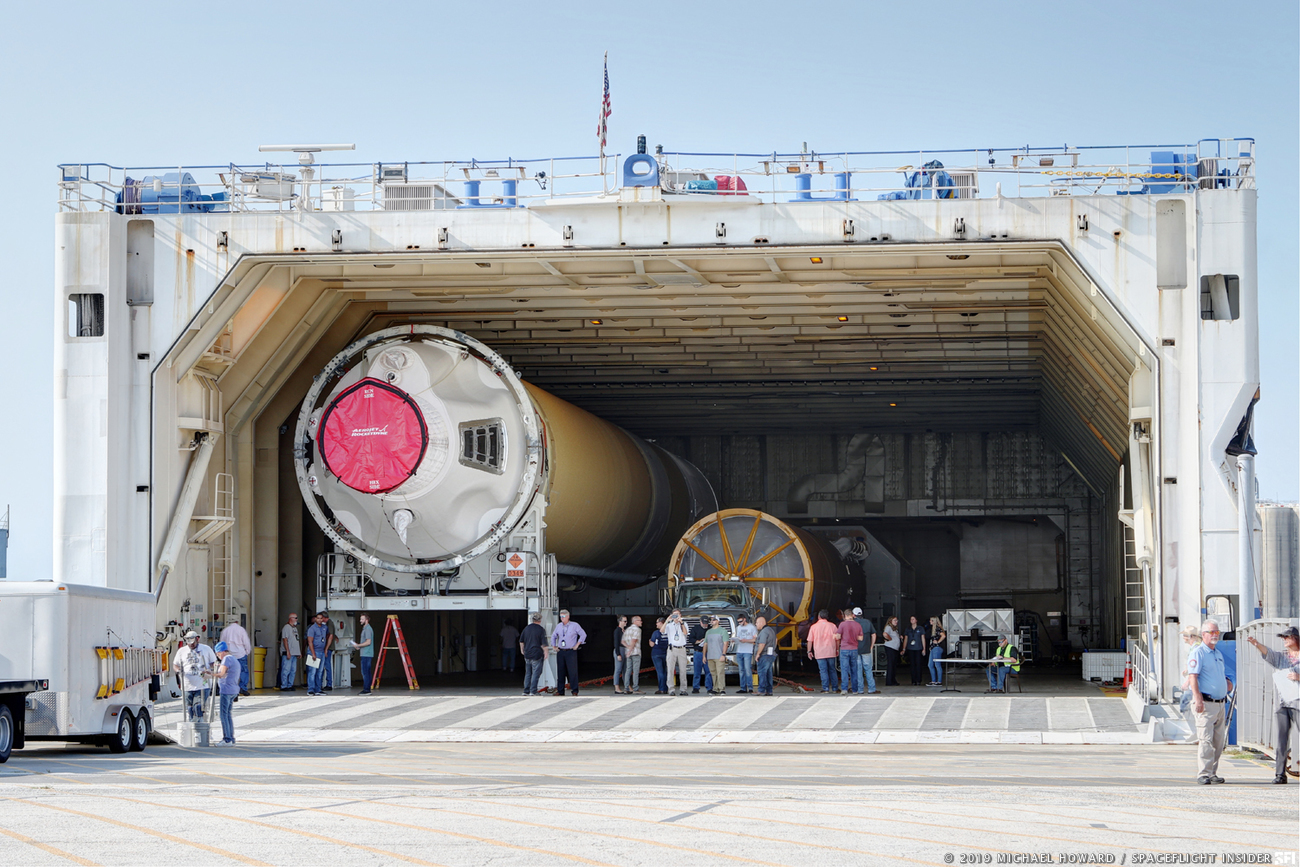 CAPE CANAVERAL, Fla. — The booster core for a ULA Atlas V rocket, one tasked with a historic mission, emerged from the Delta Mariner transport ship after a voyage from the company’s processing facilities located in Decatur, Alabama.

On Wednesday, June 5, 2019, the Atlas V core for for the Crew Flight Test of Boeing’s CST-100 Starliner was offloaded to be readied for its historic flight planned for later this year (at present the launch is set for August 2019).  The venerable rocket has flown in a variety of configurations in the past, the one that will be used for this automated test flight will be the N22 (the mission’s flight designation is AV-080).

Berthed alongside the Atlas V inside the Delta Mariner was a ULA Delta IV core that will be offloaded at a later time for a future launch from Cape Canaveral Air Force Station’s Space Launch Complex 37. 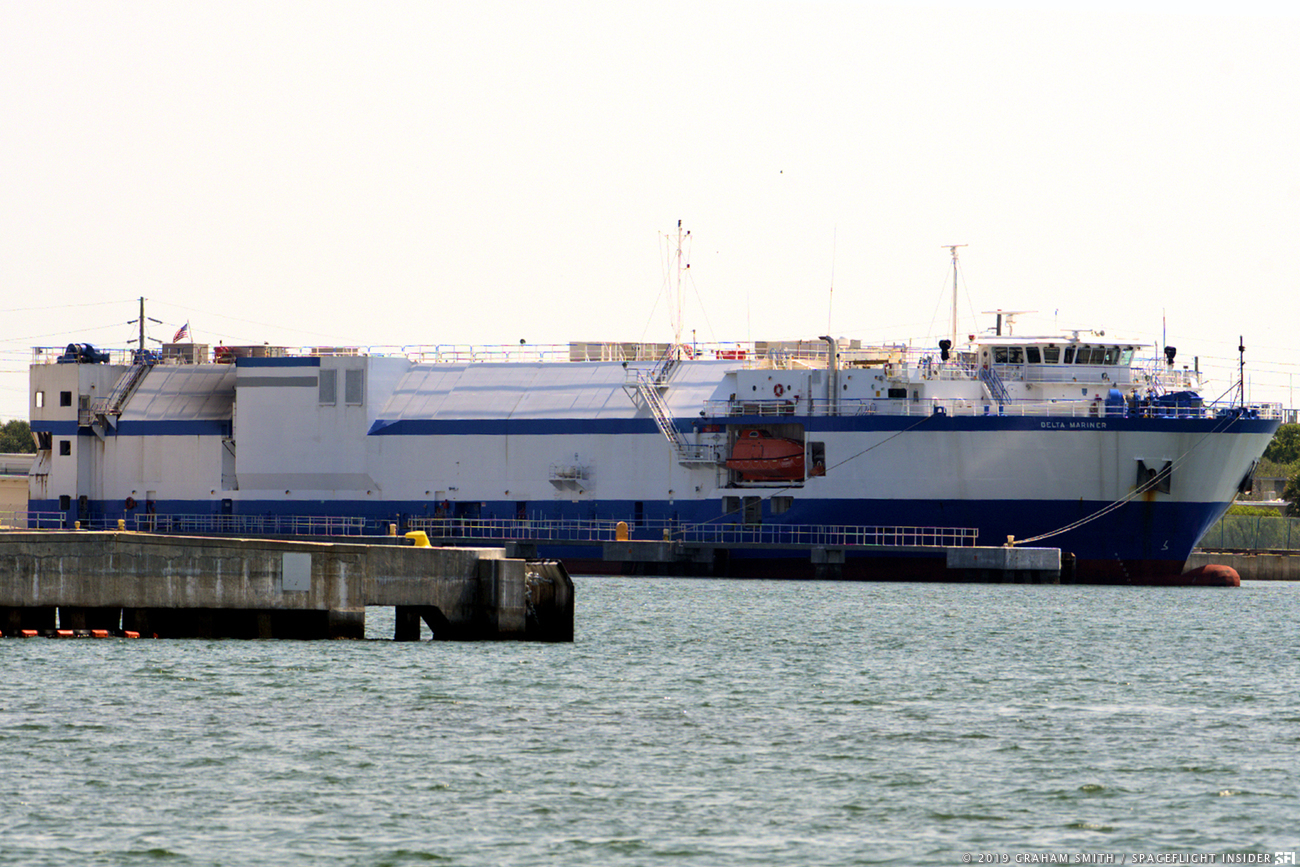 In addition to the arrival to both of these rocket components the Delta Mariner also carried a Centaur upper stage (which was delivered and offloaded earlier this week). Just like the Atlas core, it also is planned for use on the first Starliner mission. This version of Centaur will utilize two RL-10 engines.

2019 is shaping up to potentially be a big year for NASA’s Commercial Crew Program with at least two crewed flights under CCP slated to take place this year. As noted CFT is set for an August lift off. This unmanned test flight will allow Boeing to catch up with SpaceX, which conducted their version of this test three months ago (the mission launched on March 2, 2019).

The NewSpace firm is still working on a July launch date for its first crewed flight (SpaceX encountered an anomaly during an April test) with their Crew Dragon spacecraft. If everything goes as currently planned, astronauts conducting the first Starliner test flight will fly to the International Space Station in November. 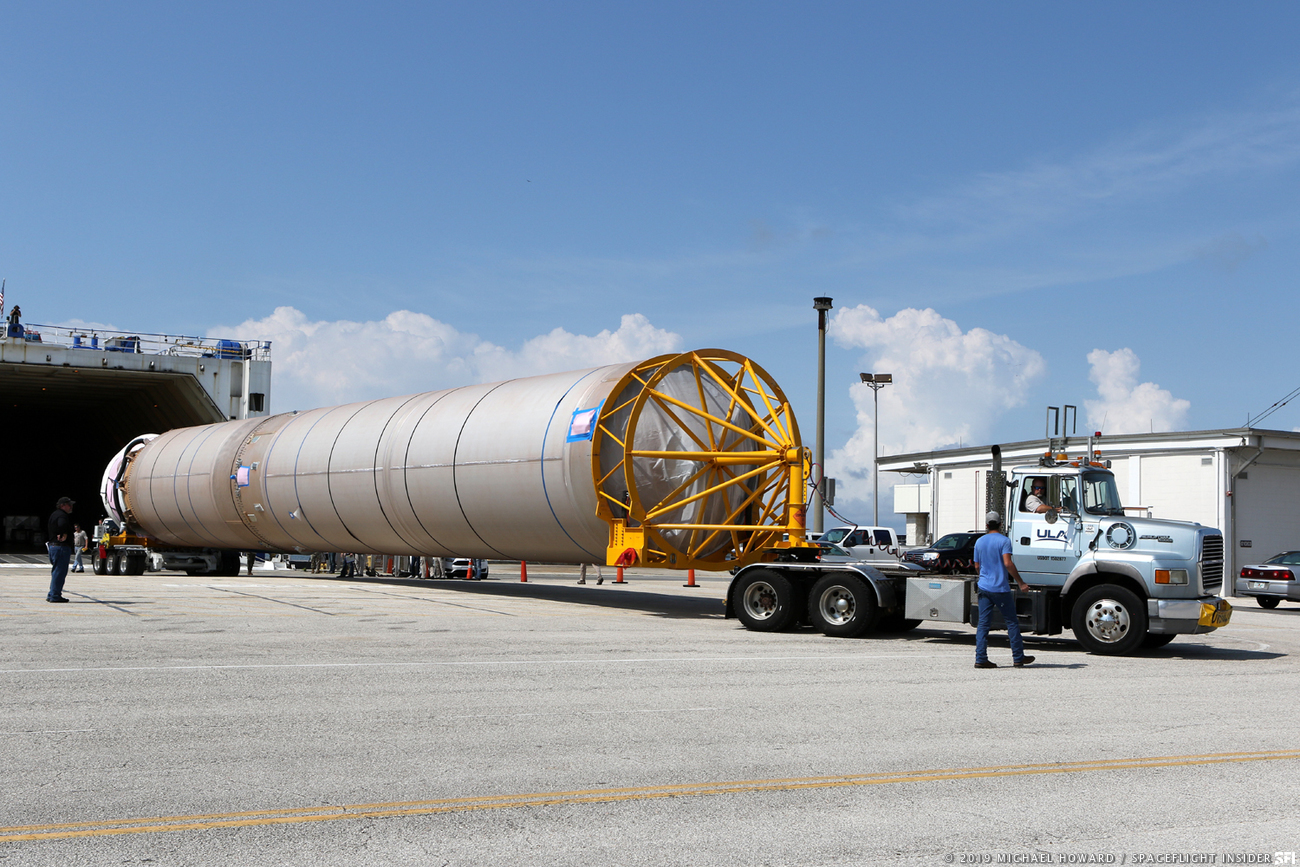 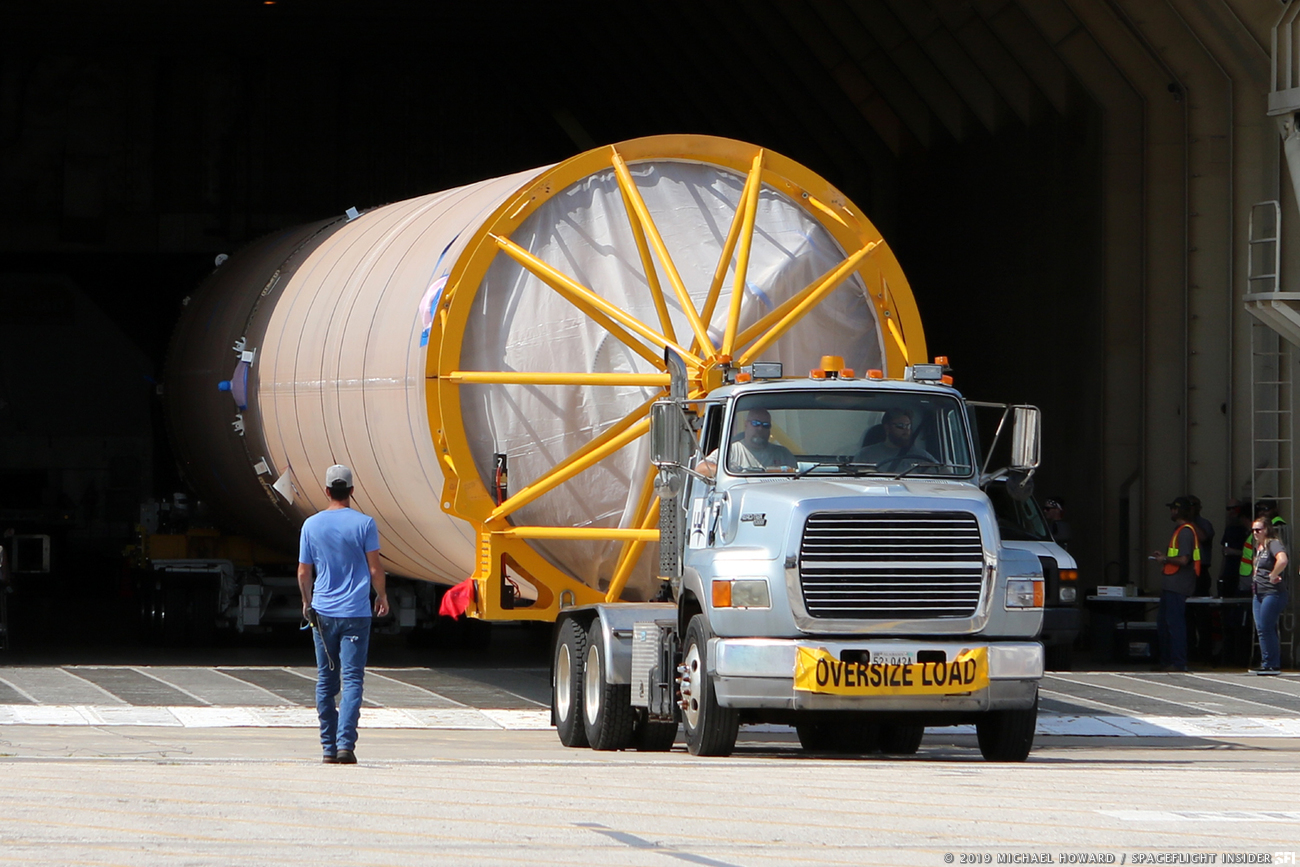 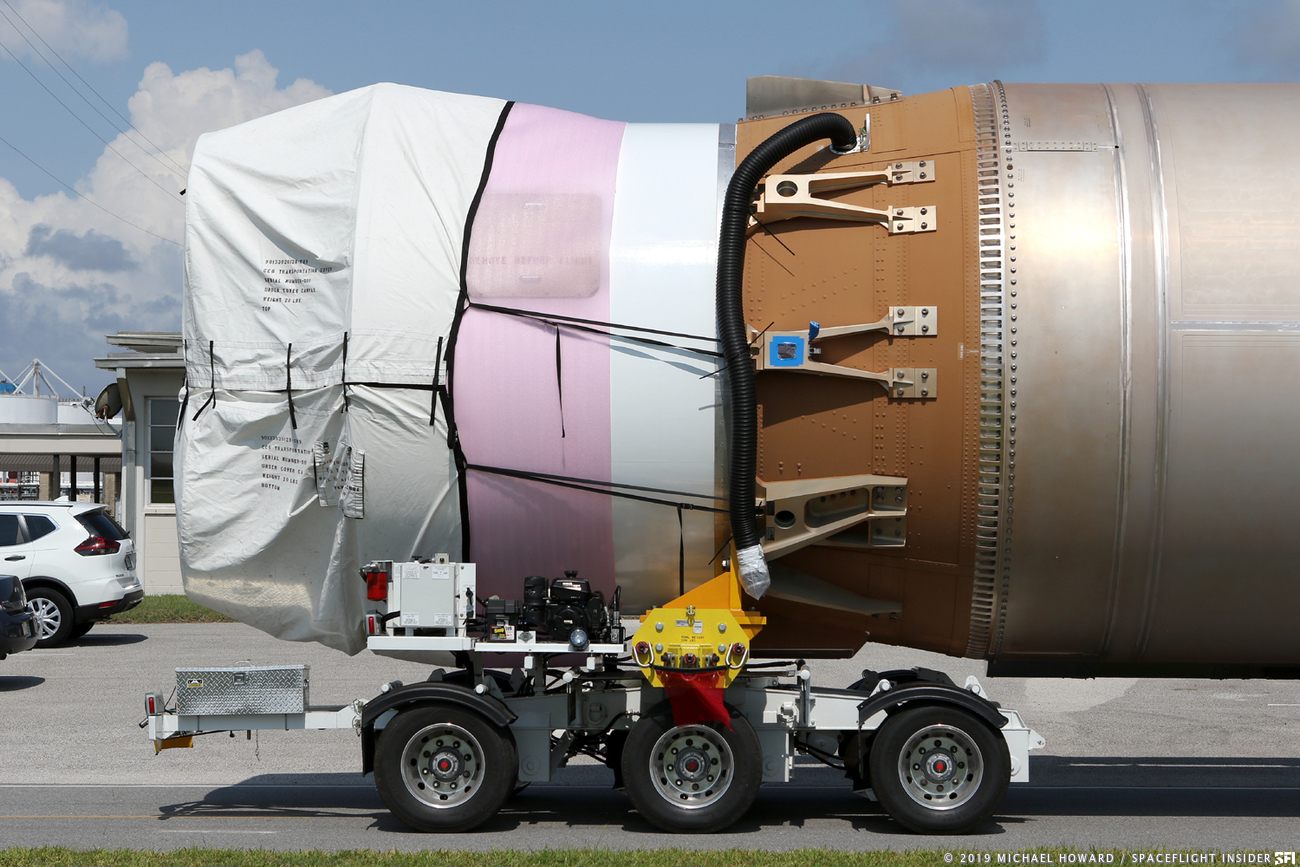 Historic? Sure. But in that sense everything is historic. This isn’t even a first. This sounds like something from the media packet the ula handed out during it’s announcement. Let’s call this what it is… A horribly over budget, behind schedule, overly patronized waste of my tax dollars.