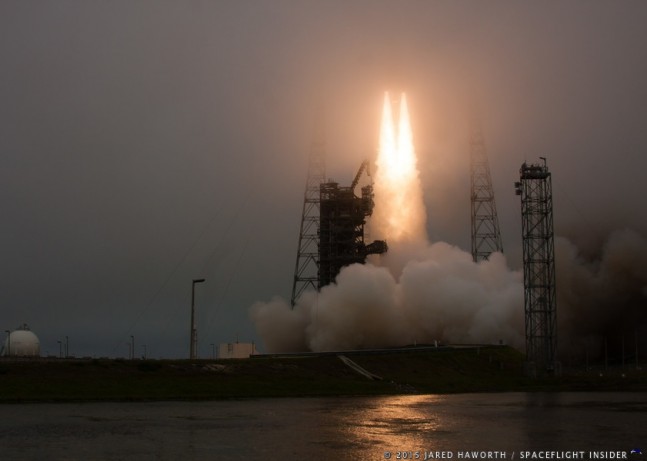 ULA has stated that specific details regarding the new NGLS launcher will be made at 31st Space Symposium 2015, held in Colorado Springs, Colorado from April 13-17. ULA’s CEO Tory Bruno will provide specifics regarding the new booster during the conference.

“Our employees are extremely passionate about our industry and submitted write-ins that were so good, we had to include them. The public can now vote on Eagle, Freedom, GalaxyOne, Vulcan, and Zeus as the name of the rocket,” said United Launch Alliance’s Christa Bell.

To place a vote for one of the names, simply click here: NGLS Naming Competition

Some traditions deserve to be maintained. Naming rockets after mythological figures stretches back to the beginnings of spaceflight. My money is on Vulcan, Roman god of fire… and METAL. \m/

Of all the official choices so far, Vulcan is the only original one and would have my vote. The first 3 initial choices have already been used for spacecraft: Eagle – 1st manned moon lander; Freedom – the Mercury capsules and a space station, Galaxy – communications satellite series. Someone on another site suggested adding “Thunderbird” as an option – which would be my first choice, too.

It is interesting to note that ULA wants to rename this rocket now, which from my limited understanding seems to be a re-engine Atlas 5 using methane for fuel. I agree that those are very good reasons to change a rocket name.

In contrast, in the past, Atlas has morphed from a structure requiring internal pressure to keep from collapsing to an un-pressurized stable structure without a change to the Atlas designator. Neither was the Atlas name changed when the 3-engine 1.5 stage design (2 of the 3 engines jettisoned after launch) was eliminated in favor of the single-engine 1st stage configuration of Atlas III and V, again with significant structural changes – larger core diameter the most visible.

Same issues with the Delta rocket “family”. Delta II was structurally very different from Delta III which had very different upper stages. Delta IV had huge changes with hydrogen fuel instead of RP-1 kerosene, much larger core body diameter with the inherent changes to structure and systems inside.