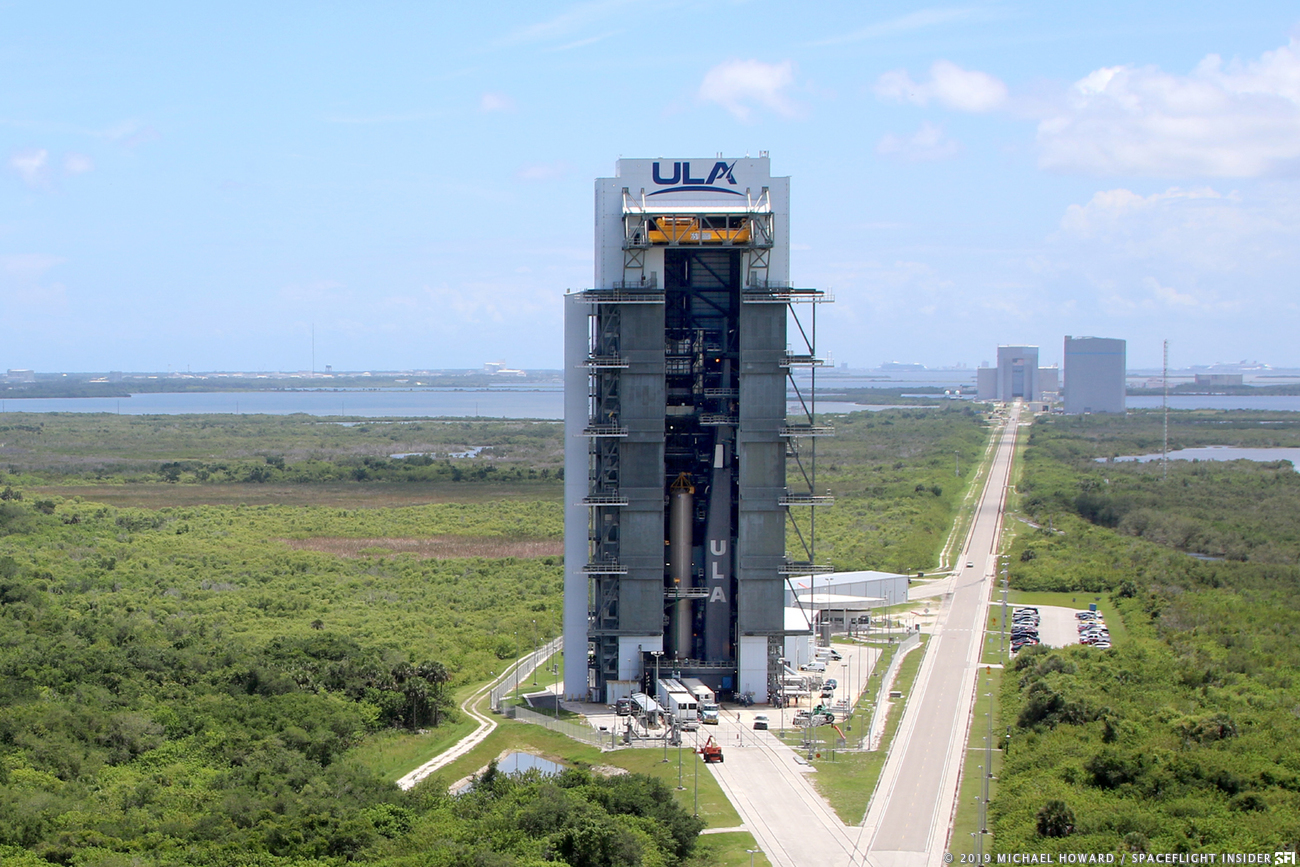 The Atlas V to be used for the AEHF-5 mission is being assembled at the Vertical Integration Facility at Space Launch Complex 41. Photo Credit: Michael Howard / SpaceFlight Insider

Having arrived in Florida on May 17, 2019, the first stage of the 204-foot (62.2-meter) tall Atlas V 551 rocket has since been installed on a mobile platform in the Vertical Integration Facility a short distance from the pad at Cape Canaveral Air Force Station’s Space Launch Complex 41.

There, five strap-on Aerojet solid rocket motors will be added as well as a Centaur upper stage and a 5-meter payload fairing.

Inside the payload fairing will be the fifth Advanced Extremely High Frequency (AEHF-5) military communications satellite, built by Lockheed Martin. The previous AEHF satellites launched in 2010, 2012, 2013 and 2018, all atop an Atlas V 551 rocket.

This will be the 80th flight of an Atlas V since its debut in 2002 and the 10th in the 551 configuration, which has five solid rocket motors, a 5-meter fairing and a single engine Centaur upper stage.

For ULA, this will be the company’s third rocket launch of 2019. The previous two were Delta 4 rockets launching the NROL-71 and WGS-10 spacecraft.

After the AEHF-5 mission gets off the ground, ULA is set to begin stacking the Atlas V that will be used for the company’s next mission, orbiting Boeing’s CST-100 Starliner for its unpiloted Orbital Flight Test to the International Space Station. That mission is scheduled to launch no earlier than August. 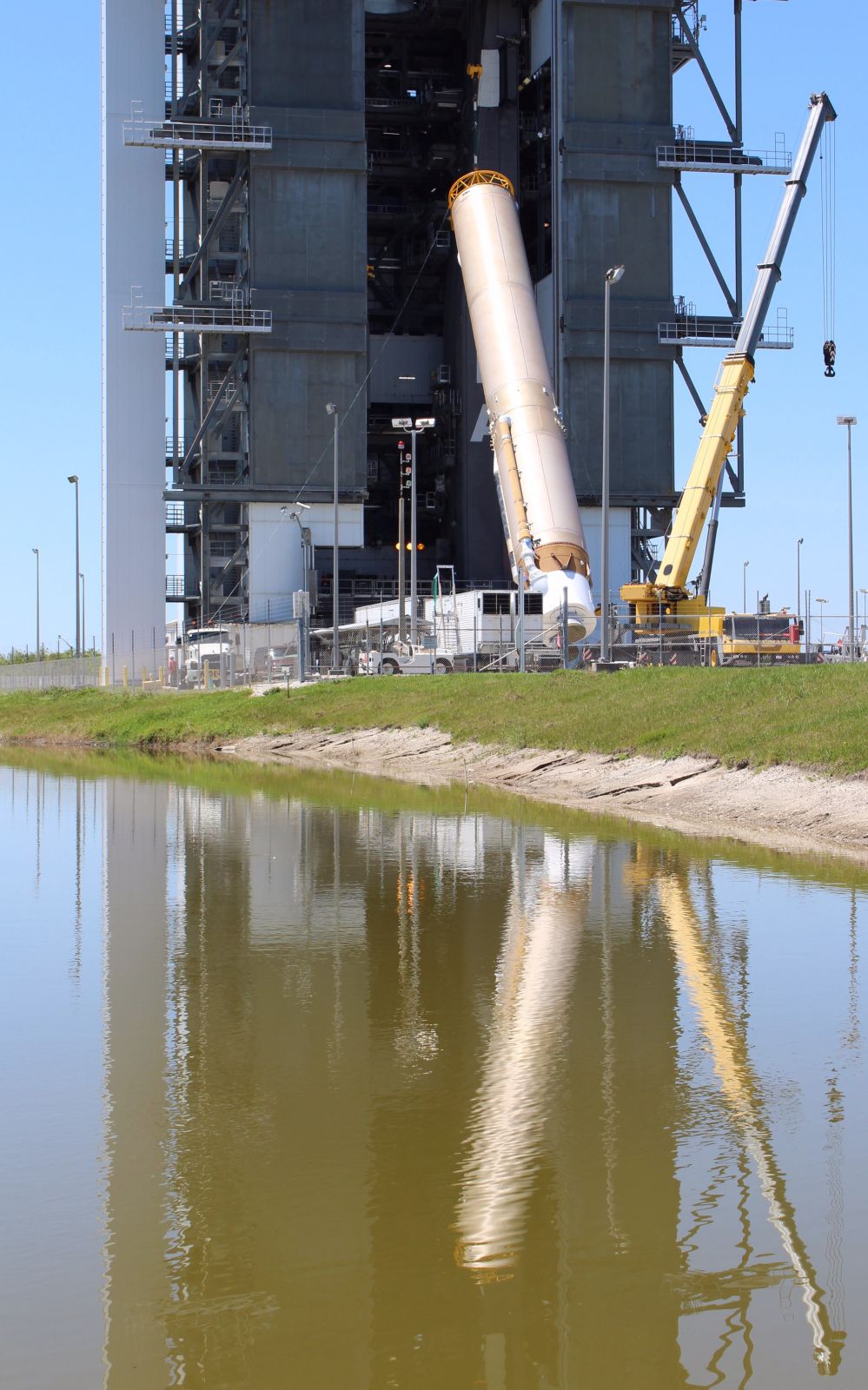 Cranes rotate the Atlas V first stage from horizontal to vertical to attach it to the mobile launch platform at the Vertical Integration Facility. Photo Credit: United Launch Alliance