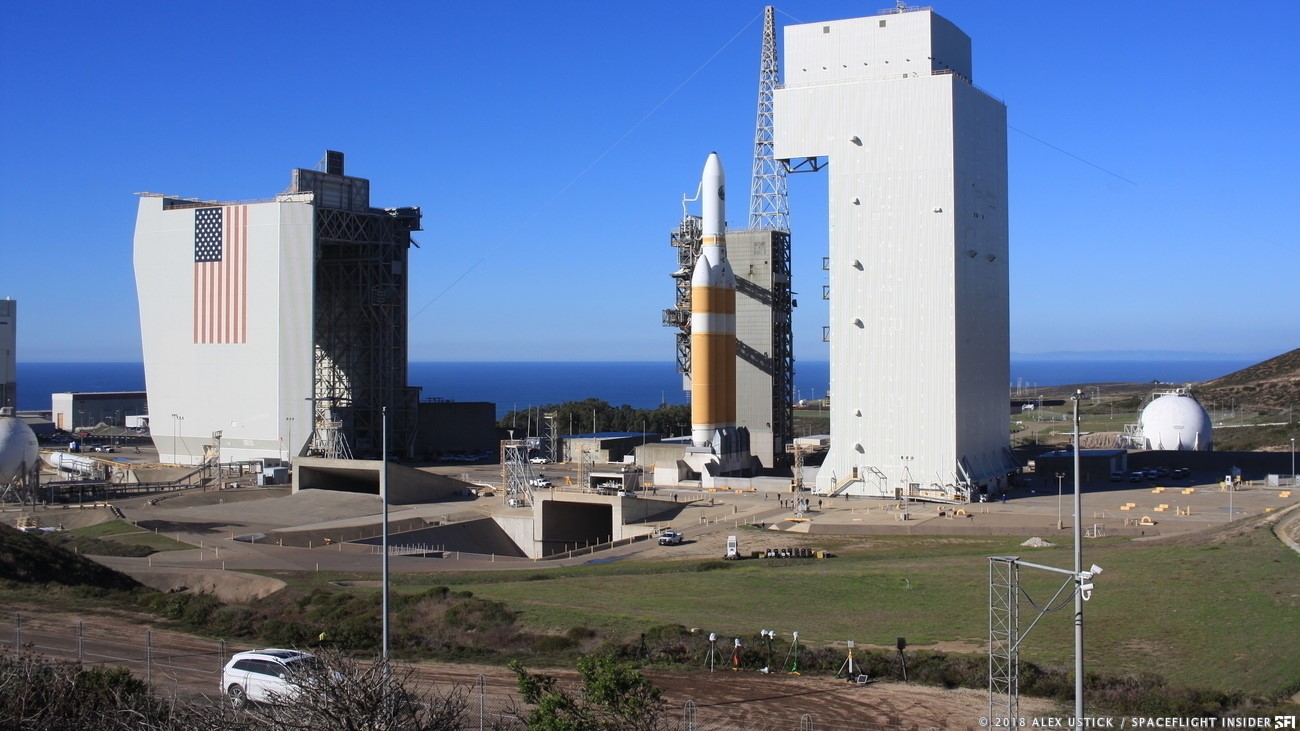 LOMPOC, Calif. — Just seconds before the planned liftoff of a Delta IV Heavy rocket with the NROL-71 payload for the National Reconnaissance Office, an automatic abort of the launch sequence was triggered.

However, just as the engines were about to start and excess hydrogen gas burn off began—a hold was called, which would ultimately scrub the launch.

“The launch of a United Launch Alliance Delta IV Heavy carrying the NROL-71 mission for the National Reconnaissance Office was scrubbed today due to an unexpected condition during terminal count at approximately 7.5 seconds before liftoff,” a ULA statement reads. “The team is currently reviewing all data and will determine the path forward.”

Within minutes, the launch team verified the rocket, launch pad and payload were in a safe configuration. Shortly thereafter, it was recommended that the 233-foot (71-meter) tall, triple-core rocket be emptied of its liquid oxygen and liquid hydrogen propellant.

This was the second attempt to get the NROL-71 mission off the ground (the first was on Dec. 7). ULA has not announced when its next launch attempt will occur. This was slated to be the company’s 38th Delta IV rocket (the 11th “Heavy” variant) since the vehicle’s debut in 2002.

Should the rocket launch before the end of the year, it will be the final flight for ULA in 2018, capping off with nine missions—five Atlas V’s, three Delta IV’s (two if NROL-71 is delayed to 2019) and the final flight of the venerable Delta II rocket.

I would dearly love to know what benefit we get from these billion dollar satellites. If they really provide useful, actionable information, it is always kept a secret from those who pay for it. And our adversaries and enemies can simply deny in public what ever we tell them in secret. Is it stopping China’s espionage? Is it stopping North Korea’s nuclear program? Is it stopping civil wars and genocides? Is it stopping Russian provocation in the Ukraine? We cannot get quality education or healthcare at home because Congress NEVER says “no” to these very expensive toys. What are we protecting if we continue to spend so much treasure on protection, and not enough treasure on things worth protecting?

I am more concerned about the fact that ULA might not be telling us the truth. Those 18 ROFIs ignited as scheduled to burn all the excess Hydrogen lingering at the bottom of the rocket at T-14 seconds. The countdown continued until T-5, then the narrator stumbled for a moment and did not count any more and then he said “we have ignition”. Then after all this confusion somebody said “HOLD HOLD HOLD”
The Starboard booster is suposed to be ignited at T-7 and then at T-5.5 the other two boosters (Starboard and Center) are supposed to be ignited. This means that for some reason the Starboard did not ignite. My point is that the sequence was not stopped. at T-7 like they say. This rocket got all the way to ZERO and something went wrong. WHY NOT TELL US THE TRUTH?