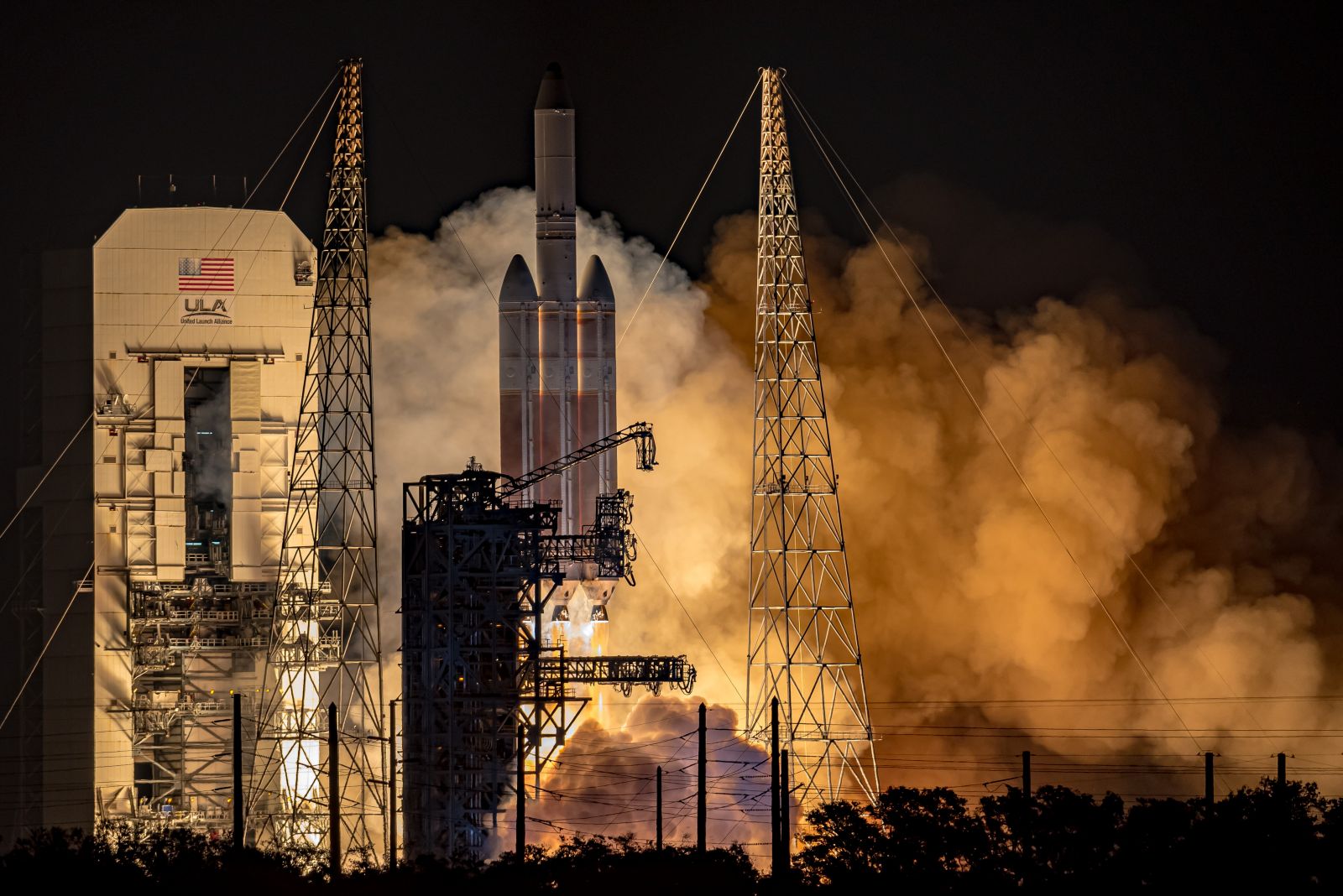 With a sigh of relief, ULA’s Delta IV Heavy finally lifted off the pad after a myriad of problems resulted in significant delays from the rocket’s original planned launch date of Aug. 27, 2020. During the first launch attempt, fueling was unable to take place when a heater and pneumatic issue forced a scrub due to an inability to maintain the countdown timeline.

A second attempt was scheduled for Aug. 28, however that was delayed an additional 24 hours in order to facilitate additional time to solve the pneumatics issue. 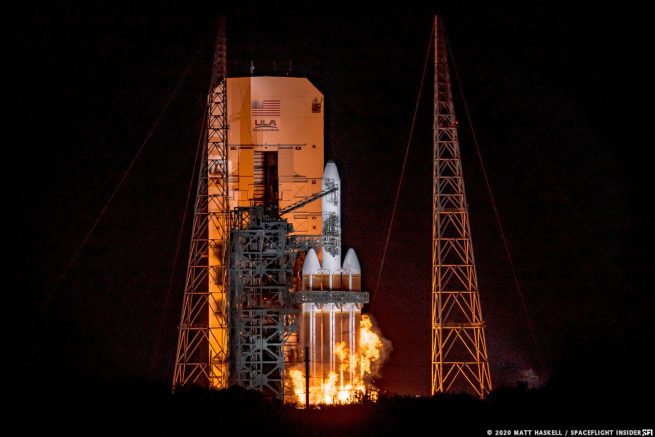 The ignition of a Delta IV Heavy, with the NROL-44 payload aboard, was auto-aborted at T-3 seconds during the August 29, 2020 launch attempt. Photo: Matt Haskell, SpaceFlight Insider

The launch attempt on Aug. 29 initially saw a temperature issue push the launch into its window, however the attempt would ultimately end with a hot-fire abort following the T-minus 7-second engine start sequence.

At T-minus 3 seconds, a Terminal Count Sequencer Rack (TCSR) initiated an automatic abort, shutting down the engines and triggered a series of sequences to safe the rocket and de-tank the fuels.

The cause of the hot fire abort was ultimately traced to a torn diaphragm within a high volumetric flow rate pressure regulator, which ULA CEO Tory Bruno later tweeted would need to be replaced, and that the company would swap all of the three regulators.

Further launch delays occurred during the next attempt on Sept. 28 when severe weather and lightning prevented the rollback of the pad’s Mobile Service Tower early in the launch timeline. This resulted in an additional 24-hour delay, with the attempt on Sept. 29 facing not only adverse weather, but a hydraulic leak within the Ground System Equipment components used to move the tower away from the rocket.

Compounded with the adverse weather, this resulted in another 24-hour delay due to the inability to maintain the launch timeline.

The final delay before today’s successful attempt took place on Sept. 30 when, during the final countdown, an abort was called at the T-minus 7 seconds mark, in which the TCSR again issued an abort command.

Bruno tweeted an update regarding the abort, stating that the engine Radial Outward Firing Ignitors (ROFIs), used to burn off excess hydrogen gas, had not fired and that the engine turbo pumps had not spun up, as had occurred during the prior hot-fire abort.

The launch complex utilizes ROFIs, essentially massive sparklers, both within the launch mount and the rocket’s engines, and take a minimum of seven days to replace once fired. 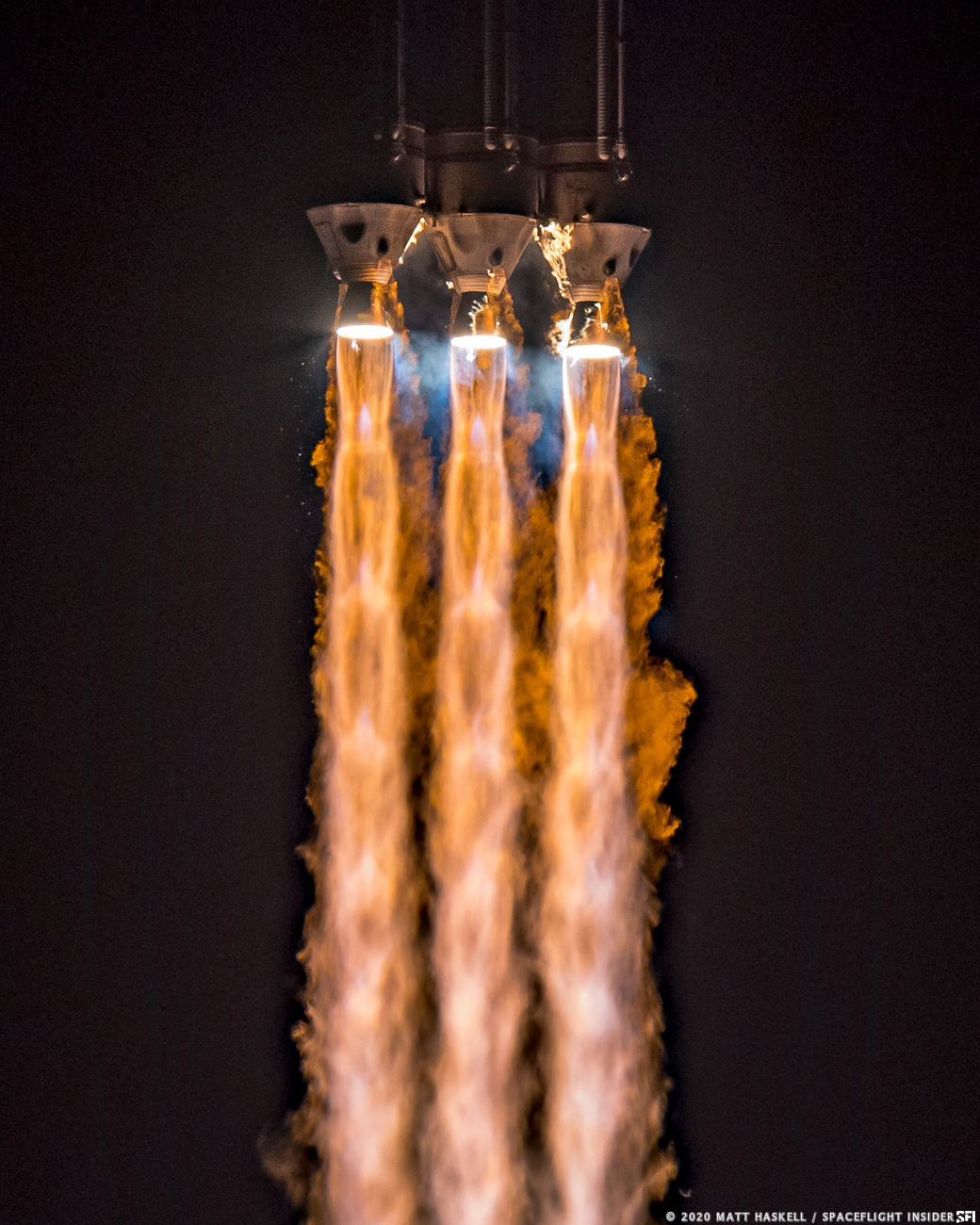 ULA would later announce a placeholder with the 45th Space Wing’s Eastern Range of Oct. 15 for its next attempt, however that would be delayed to Oct. 23, in order to allow additional time to perform further analysis and monitoring of ground systems to ensure a nominal performance on the following attempt.

Those dates would be indefinitely postponed as well, pushing the launch even further into the year.

For the Cape, this was the first Delta IV Heavy launch in nearly two years, with the last flight from Florida having successfully launched NASA’s Parker Solar Probe on its journey to the Sun.

While not much is known about this flight’s top secret national security payload, it is believed to be a continuation or a successor to the Orion class of geostationary orbit Signals Intelligence (SIGINT) spy satellites, developed by the Central Intelligence Agency and operated by the National Reconnaissance Office.

With this flight, which was the 12th of the Delta IV Heavy type and the 41st of the Delta IV program, the United States witnessed the 385th launch in the long, storied history of the Delta program, with origins in the 1950’s Thor Ballistic missile program.

Following this flight, however, the Delta line progresses toward its scheduled end. Only four Delta IV Heavy launches remaining before the impending retirement of the rocket in favor for ULA’s new Vulcan launch system.

The next Delta IV Heavy flight is currently scheduled for early 2021. It is expected to loft the NROL-82 satellite for the National Reconnaissance Office.

NROL-82 is slated to fly out of California’s Vandenberg Air Force Base, from Space Launch Complex 6, which is famous for its original design as a later-cancelled west coast launch site for the space shuttle. 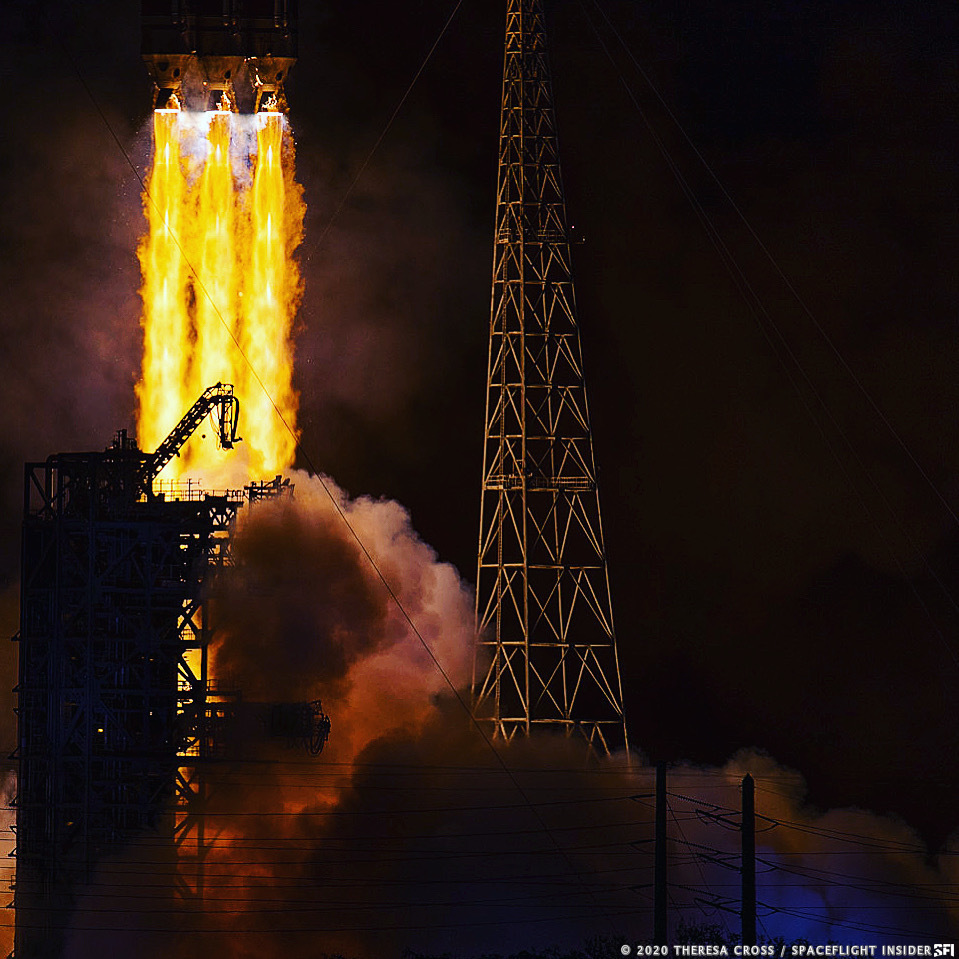