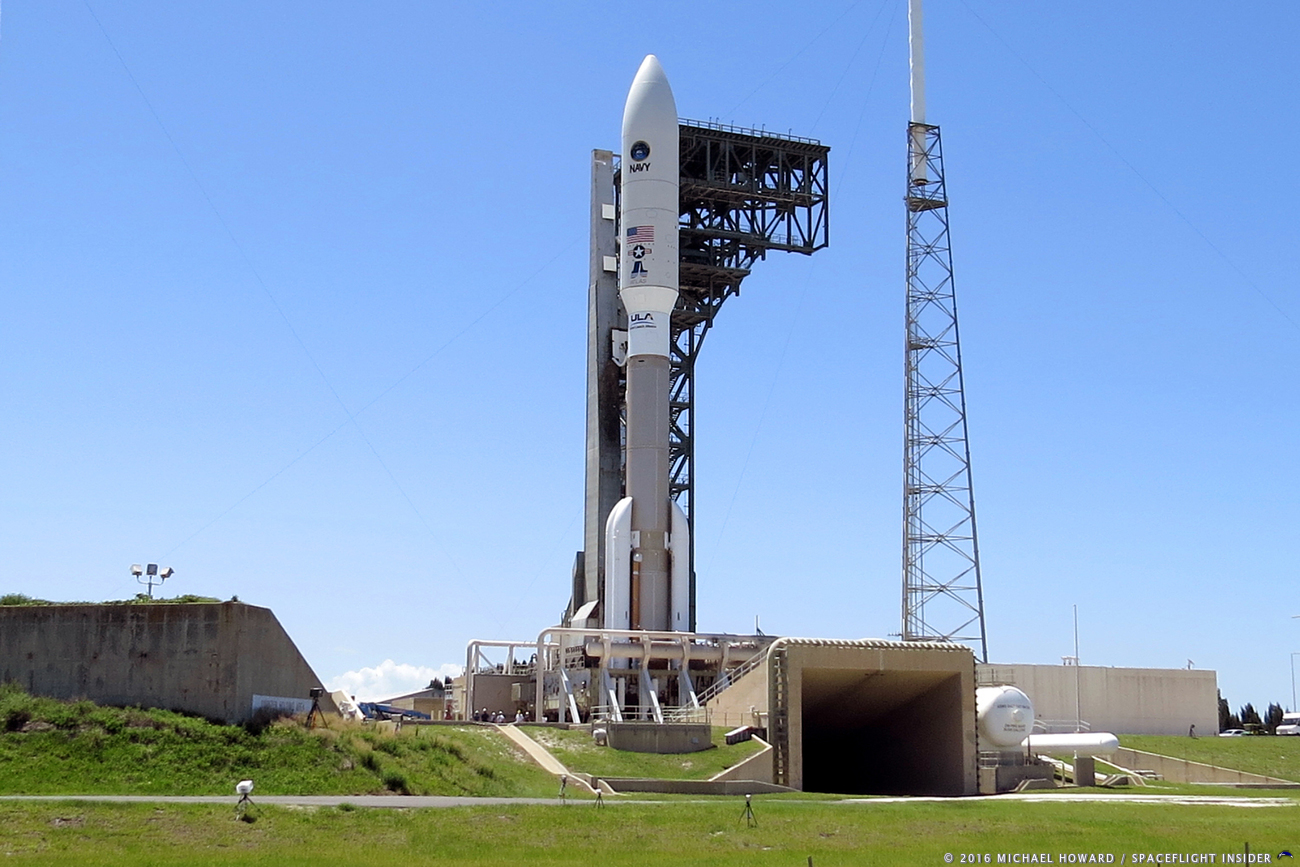 A file photo of a previous Atlas V in the “551” configuration. The STP-3 mission is set to fly in this configuration sometime later this year. Credit: Michael Howard / Spaceflight Insider

A United Launch Alliance Atlas V rocket with the Space Force’s STP-3 mission has been delayed, according to a release by the launch provider.

On June 4, 2021, ULA released an update on the Space Test Program-3 mission and the company’s Atlas V 551 rocket. Previously set for launch on June 23, 2021, from Space Launch Complex 41 at Cape Canaveral Space Force Station in Florida, this mission is now delayed to evaluate the vehicle’s launch readiness.

According to ULA CEO Tory Bruno, the reason for the delay stems from the previous Atlas V launch and its Centaur upper stage’s RL10 engine.

“Those watching the live feed, may have observed some ringing of RL10s’s new carbon nozzle extension,” Bruno tweeted, referring to the excessive vibrations in the upper stage’s engine. “While it did its job, boosting RL10’s eye watering performance even a bit higher, we want to make sure we fully understand that behavior before flying this configuration again.”

The Atlas V for this mission is set to fly in the 551 configuration with five solid rocket boosters, a single Centaur upper stage with a five meter fairing once launched.

This launch will also expected to be the first to use a Vulcan-like payload shroud made in the United States instead of Switzerland.