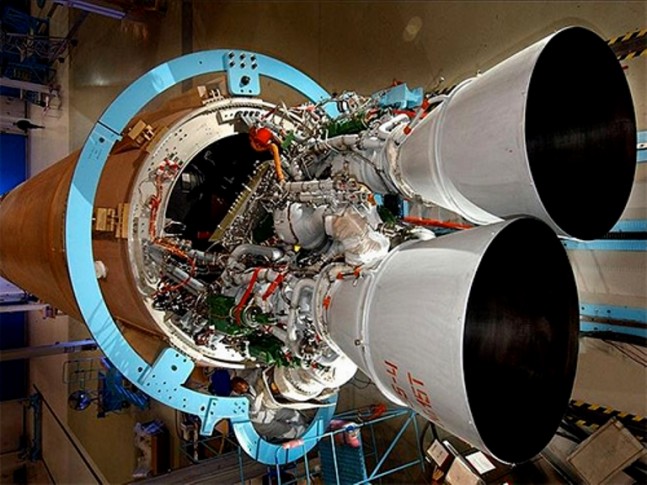 The movement to replace the Russian-made RD-180 rocket engine is picking up speed. United Launch Alliance (ULA ) and Blue Origin recently announced that the BE-4 rocket engine, produced by Blue Origin LLC, will be developed to replace the RD-180. Not to be outdone, Utah-based ATK has announced that it has provided the United States Air Force with another option – a solid rocket motor replacement to the Russian engine.

Meant for ULA’s Atlas V family of launch vehicles, this unnamed solid rocket motor would be a version of one of the company’s solid rocket offerings. ATK has highlighted how the company has developed six new solid rocket engine designs – in a period of less than two years. “ATK’s solid rocket propulsion solution provides a cost-effective, reliable solution based on advanced technology,” said Blake Larson, president of ATK’s Aerospace Group. “I am confident our solution will meet the capabilities of the current RD-180 engine and provide added performance if required.”

Numerous rockets throughout the world, from heavier versions of ULA’s Atlas V and Delta IV family of boosters to Arianespace’s Ariane V and Mitsubishi’s H-IIA launch vehicles – all use strap-on solid rocket motors on their first stage. Moreover, Orbital Sciences Corporation’s Minotaur-C, Minotaur IV, Minotaur V and Minotaur VI – are just some of the boosters which solely use solid fuel.

“By combining our extensive experience with new technologies, we have provided commercial customers with low-cost solutions that progressed from design to flight qualification within months,” Larson said. “Using a similar approach, ATK’s propulsion solution will provide the U.S. Air Force with an RD-180 replacement rapidly and at a highly competitive cost.”

Solid-fueled motors are effective in terms of the boost phase of the rocket’s flight, this is due to the high lift-off thrust provided by these systems. Unlike liquid-fueled rockets, solid boosters require less ground infrastructure – which results in less delays.

“We recognize and congratulate the Air Force and ULA on their tremendous launch record,” said Larson. “We are pleased to offer this solution to provide low-cost assured access for current and future National Security Space launch requirements.”

The RD-180 is produced by Russian-based NPO Energomash. With Russia’s military activities in the Ukraine, and with Russian Deputy Prime Minister Dmitry Rogozin’s statements that Russia would not allow the export of the engine for purposes of U.S. defense, that it would close U.S. GPS stations within Russia and that the nation would end involvement in the International Space Station by 2020.