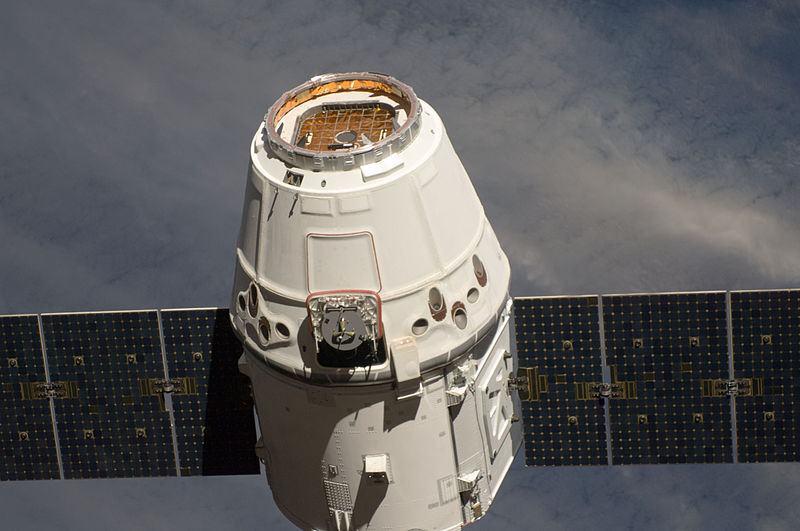 Hawthorne, California-based Space Exploration Technologies, or SpaceX, has released its plans to show how the company’s Dragon spacecraft will react in the event of an abort scenario as the crewed variant of the spacecraft is on ascent. The completion of the in-flight orbit review is the eighth milestone under NASA’s Commercial Crew integrated Capability or “CCiCap” program.  CCiCap is designed to free the United States from dependence on Russia for delivery of astronauts to destinations in low-Earth-orbit.

The review issued by the private space firm detailed how the Dragon’s SuperDraco engines, the software which would control the abort command, and the interface between the Dragon spacecraft and its Falcon 9 launch vehicle (should an ascent abort be called, Dragon would need to separate from the rocket) work together. “It’s critical to have a launch abort system in which NASA and SpaceX can have confidence,” said Phil McAlister, director of Commercial Spaceflight Development at NASA Headquarters in Washington. “When you put humans aboard, safety and reliability are paramount and this review and the upcoming tests will help prove their space transportation system is on the right track.”

“With NASA’s support, SpaceX continues to implement the necessary modifications to equip Dragon to fly crews,” said Garrett Reisman, commercial crew project manager at SpaceX. “SpaceX and NASA believe in rigorous flight testing and we are looking forward to putting our SuperDraco launch abort system through these critical tests, starting with the pad abort test in the spring and followed by the in-flight abort test in the summer.”

SpaceX will utilize their launch facilities at Cape Canaveral Air Force Station’s Space Launch Complex 40 (SLC-40) in Florida to conduct the in-flight abort test. SpaceX has launched five Falcon 9s from SLC-40 and one from Vandenberg Air Force Base’s Space Launch Complex-4 in California. Although each flight has encountered anomalies in varying degrees, the Falcon 9 has proven itself to be a highly reliable launch vehicle. SpaceX’s Falcon 9 rocket has never had a major in-flight anomaly, allowing the company to rack up a string of successes. Photo Credit: SpaceX

SpaceX will use a standard Falcon 9 during the in-flight abort test. Approximately 73 seconds into flight, an abort command will be sent – this is a critical time during the rocket’s flight as it will be passing through what is known as “Max-Q.” This is the point in the flight when the launch vehicle is flying through the region of the atmosphere with the maximum dynamic pressure. The air pressure along with the vehicle’s speed place the greatest amount of stress on the vehicle during this period.

The test will see Dragon affixed with 270 sensors that will relay data of every aspect of the flight. Each sensor will detail the stresses that the spacecraft encounters on its mission. To simulate the “crew” dummies, also covered with instruments, will ride inside the Dragon.

After the test has been completed, a splashdown is planned off the Coast of Florida in the Atlantic Ocean. A ship will be waiting for Dragon to both simulate rescue operations and to ferry Dragon back to Port Canaveral.

Besides SpaceX, Boeing is developing the CST-100 and Sierra Nevada Corporation is producing the Dream Chaser space plane under CCiCap.

SpaceX has seven more milestones under CCiCap to complete, but remains on track to finish the last of these milestones by the summer of 2014. To date, all of the firms competing on CCiCap have met their milestones.