Update on Starship SN11 as SpaceX marches toward a static fire 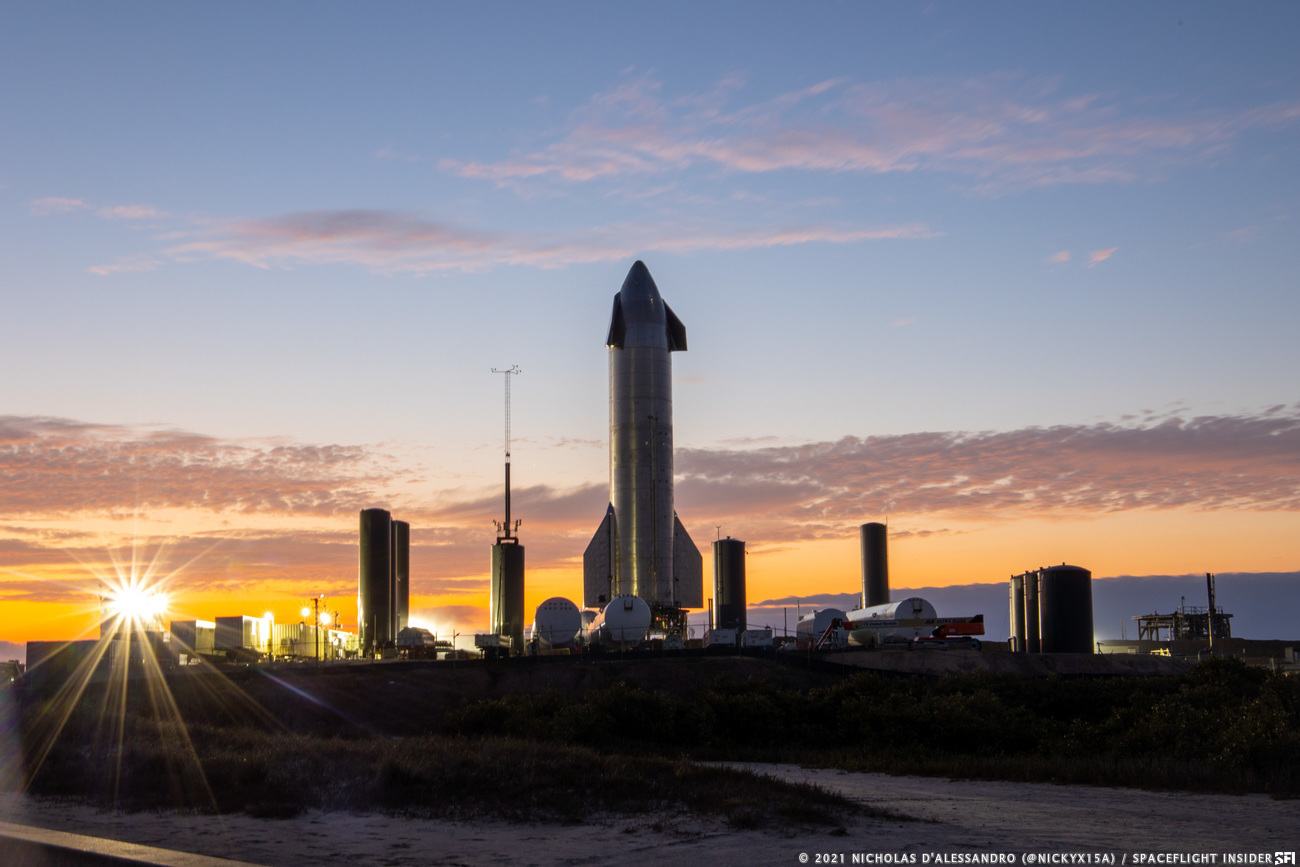 The company continues its rapid-fire production cadence and testing flow as Starship SN11 was rolled to the launch pad March 7, 2021, at SpaceX’s Boca Chica, Texas, facility. This came just days after SN10’s hard but successful landing (and subsequent explosion about 10 minutes later).

Remains from the aftermath of that flight were still on the landing pad as SN11 arrived at Pad B and completed ambient and cryogenic proof testing in the following days.

After taking the usual weekend break a first static fire attempt was made Monday, March 15, but there appeared to be an abort after ignition with a long howl from the engines and a quick depress indicating an off-nominal test.

Another attempt is possible in the coming days pending an associated road closure. The results of the static fire could pave the way for a flight as early as Friday or Saturday as indicated by the temporary flight restrictions currently in place for those days as of this writing. These dates are highly subject to change, however, as is usual with the fledgling Starship program.

Federal Aviation Administration approval has also been granted for the flight already and SpaceX CEO Elon Musk himself recently posted on Twitter that Starship SN11 will be ready to fly soon. All eyes are now on the next static fire.

A recap of Starship SN10’s flight. Video courtesy of SpaceX

Can someone pass on the recommendation to the spaceship engineers to install a “conical shaped baffle” inside the methane tank at approximately the one third position with respect to the Raptor engines to eliminate or reduce the fuel sloshing effect during the landing repositioning eg horizontal to vertical in last few seconds.
Roberto

Sounds good to me!

{Editor’s approximate translation: “Hi. Why does this have to be the cylindrical shaped space shuttle model but not flat shaped…UFO type doesn’t land better?”}

did they get helium bubbles in the methane header tank? is centrifugal force a possible solution for steady and dense flow? -csx.cc

What happens to the fuel in the header tanks when vehicle transitions from horizontal to vertical, is the liquid fuel in free fall and once in a vertical position how quick does the liquid fuel get to the engines?

Will an SN launch test be scheduled with all rocket motors installed?