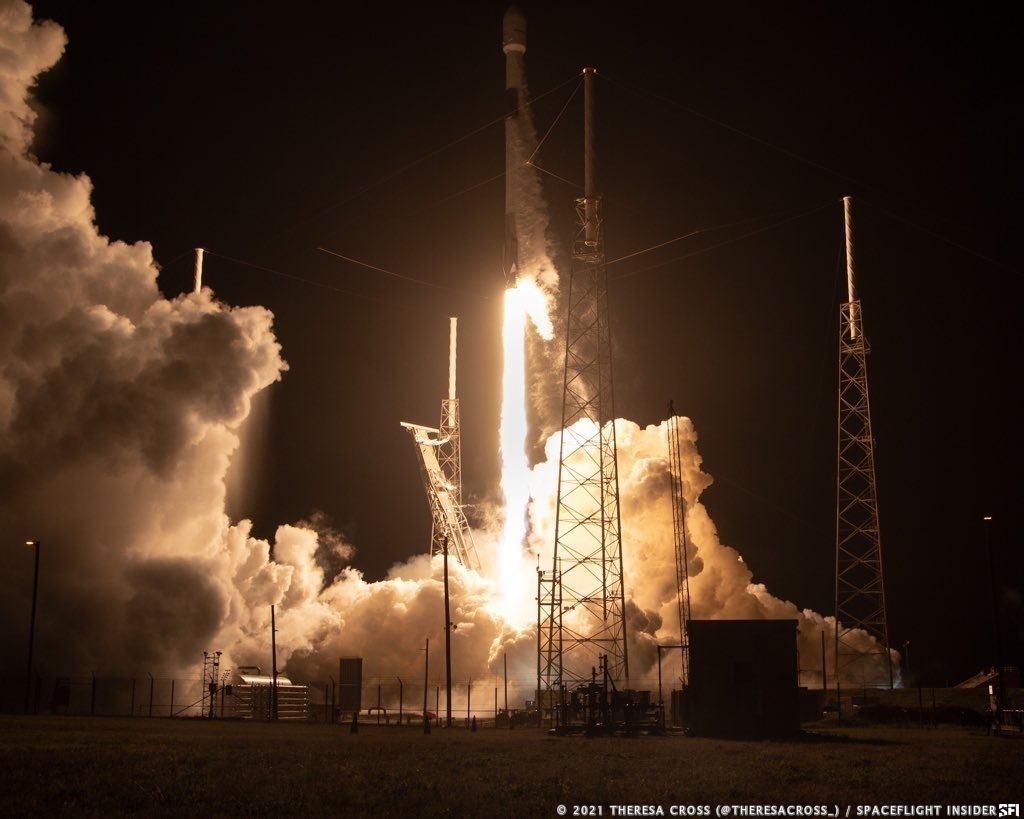 A Falcon 9 rocket turns night into day as it rises of the pad to send SiriusXM’s SXM-8 satellite into orbit. Credit: Theresa Cross / Spaceflight Insider

The satellite was built by Maxar Technologies headquartered in Westminster, Colorado, at a cost of $225 million to replenish the fleet for SiriusXM, which provides satellite radio programming for the company’s customers.

The large deployable s-band reflector feature will broadcast radio signals to users on the ground. This large antenna reflector will allow SiriusXM programming to reach mobile platforms as well as in vehicles across North America.

SiriusXM satellites can handle high-power broadcasting with a current fleet of five satellites. With the the launch of SXM-8, nearly twice as big and more powerful than the first generation SiriusXM satellites of more than two decades ago, this will move the fleet number to 6 as new technologically advanced satellites find their replacements. 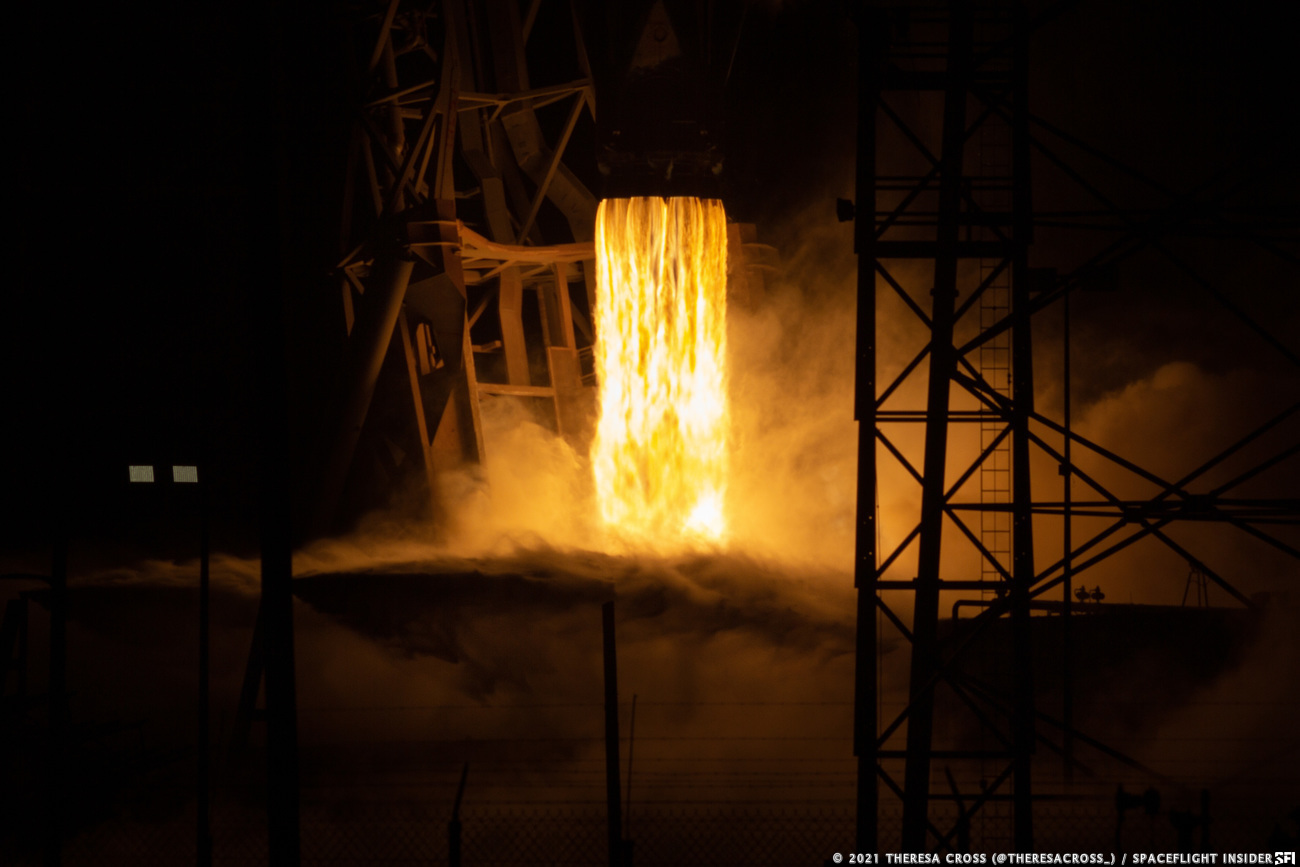 A close up view of the nine Merlin 1D engines firing to propel the SXM-8 spacecraft toward orbit. Credit: Theresa Cross / Spaceflight Insider

This is the second launch for SiriusXM by SpaceX. The first occurred in December 2020 with SXM-7. While launch was successful, during on-orbit testing of the satellite, a failure occurred resulting in the spacecraft being deemed unusable.

SXM-8, built by Maxar Technologies on its SSL-1300 satellite bus, is expected to provide service to SiriusXM customers for 15 years, possibly longer. It is slated to replace the XM-4 satellite, which is been in orbit since 2006.

For this mission, the launch went successfully. The Falcon 9 first stage, core B1061, flew on its third mission and landed on SpaceX’s drone ship “Just Read The Instructions,” which was positioned in the Atlantic Ocean some 400 miles (642 kilometers) east of the Space Coast.

Today’s mission was also SpaceX’s 18th Falcon 9 launch of 2021, meaning on average the company has had a launch every nine days.

CORRECTION: An earlier version of this story incorrectly named the satellite’s manufacture.