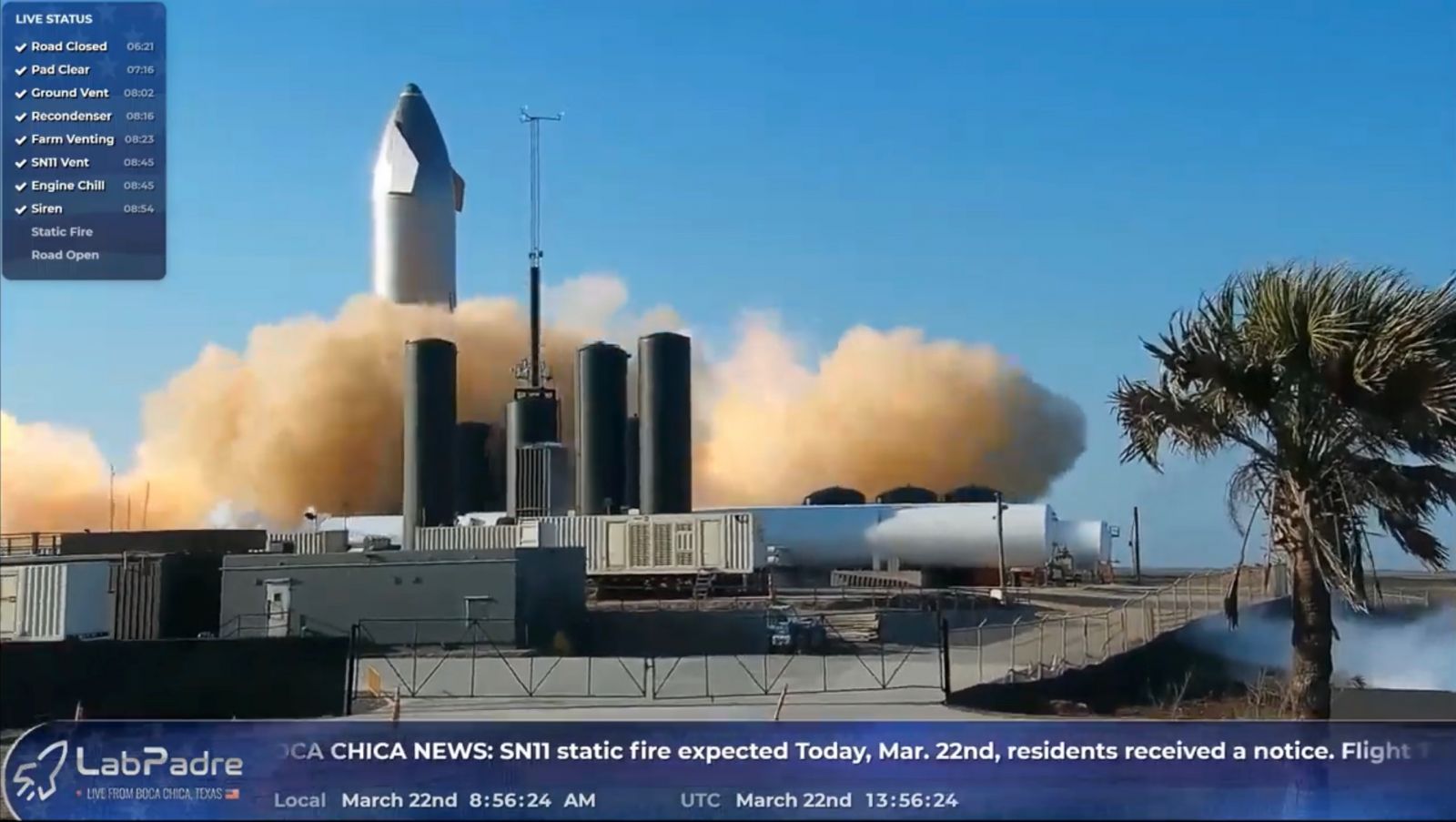 SpaceX was able to complete the second static firing of Starship SN11 early Monday morning, which appeared to be a healthy full-duration test in comparison to the first attempt last Monday.

The three Raptor engines fired nominally March 22, 2021, for about two seconds before shutting down, followed by a depress vent much later, which indicates a good test as well. This was notably early in the morning for a static fire test, which could indicate that SpaceX is eager to get the vehicle in the air soon.

The temporary flight restriction and backup road closure date of Tuesday, March 23, for non-flight activities was cancelled shortly afterward with the flight-attempt road closures and temporary flight restrictions still in place for Wednesday and Thursday. Notices to Airmen (NOTAMs) for the planned test flight additionally went out for Wednesday and Thursday, backing up that as the anticipated attempt window. 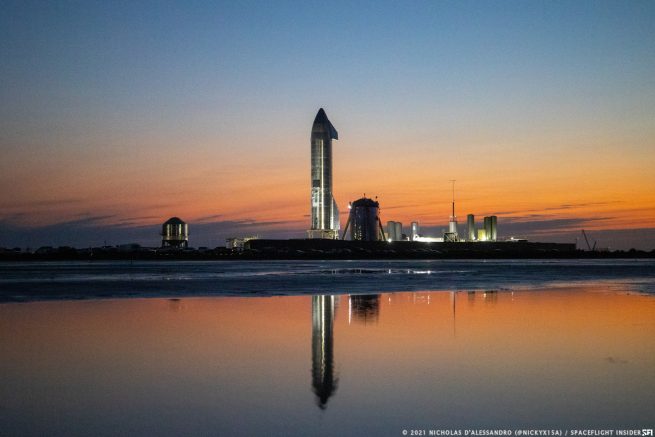 It is interesting to note that as of this writing a NOTAM also exists for Tuesday, despite that day’s road closure and temporary flight restriction having been canceled. It is expected to be withdrawn as well.

The flight termination system has also been installed on Starship SN11, which is one of the final indicators a flight is imminent  – expected within the next few days. Our coverage will continue as the attempt draws nearer.

Starship SN11 aims to be the first Starship prototype to land and remain intact following the explosions of the last three, with the next vehicles in line for testing being SN15 and Super Heavy Booster No. 1, or BN1, each of which are currently undergoing final stacking at the nearby build facility.

There may be a longer layover between flights this time around however as BN1 is only meant to be a pathfinder and SN15 is nowhere near as complete as previous Starships were after flights of their predecessors.

While SN9, SN10, and SN11 were all ready to go in the High Bay when their predecessors flew, SN15 is further behind in its completion. As such, it is likely SpaceX could use this downtime to focus on BN1 tests.

Thanks for reporting this – I’ll advise programming team!