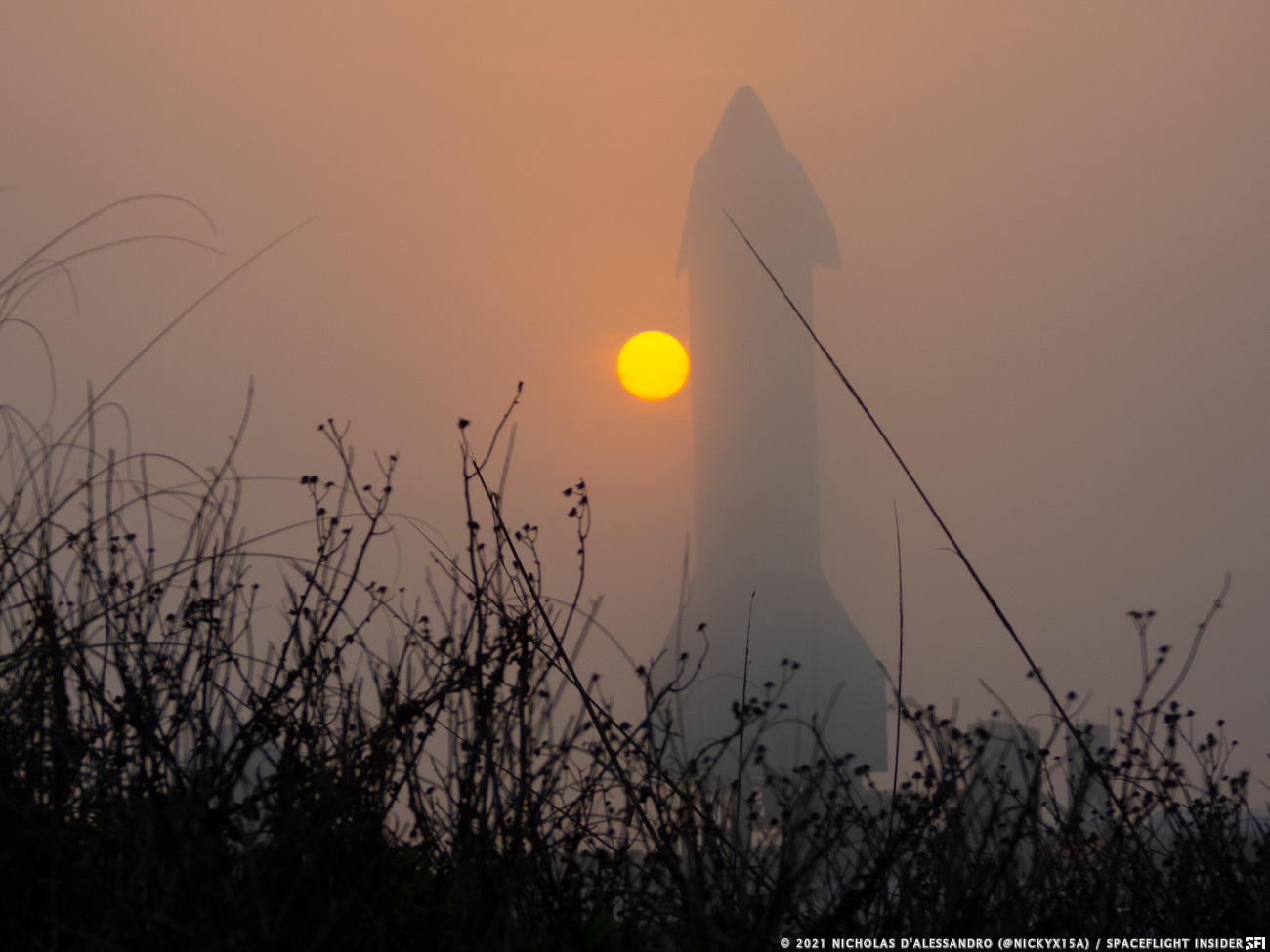 SN9 and SN10 stood side-by-side in a first of its kind occurrence at the Boca Chica test facility continuing the breakneck pace of the flight campaigns until mother nature made other plans. Soon after the last of the SN9 debris was cleared from the area following the second Starship hard landing, Texas was slammed with an historic and unprecedented invasion of arctic air that gripped the state causing widespread power outages and halting test progress at SpaceX. 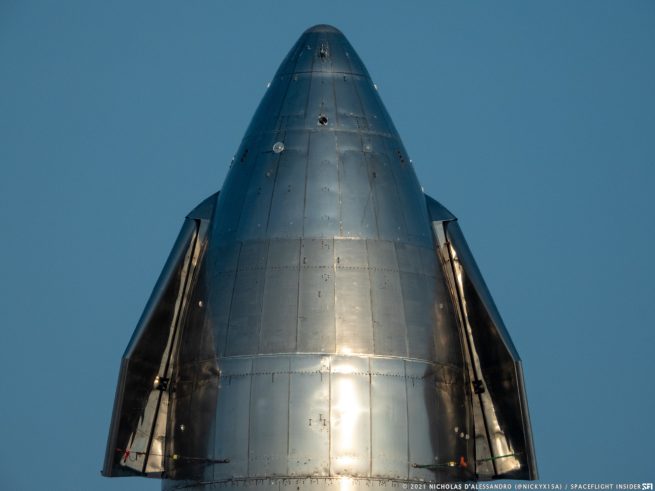 Road closures on Highway 4 for critical tests such as cryoproofing and static fires were suspended as the police force in the area were tied up with the winter weather emergency and nature rescue operations for cold-stunned animals at Boca Chica Beach were carried out, an endeavor that SpaceX themselves took part in.

Despite the cold snap snarling operations, the facility did press on with on-site work during the testing downtime, including the expansion and reinforcement of the landing pad via a fresh layer of rebar and concrete, and with the continued stacking of Starships SN11 and SN15 in the High and Mid Bays, respectively.

The storm also put the facility’s backup solar power grid to the test, which served them quite well; work was able to continue through massive power outages which affected communities across the rest of the state.

The arctic blast did finally subside, giving way to far more mild spring temperatures and getting SN10 back on track. The Federal Aviation Administration investigations for both SN8 and SN9 have also wrapped up with the modifications to the SN10 flight license also going through shortly thereafter.

SpaceX CEO Elon Musk kicked last week off optimistically with a Twitter post last Sunday, saying a flight was likely within the week. 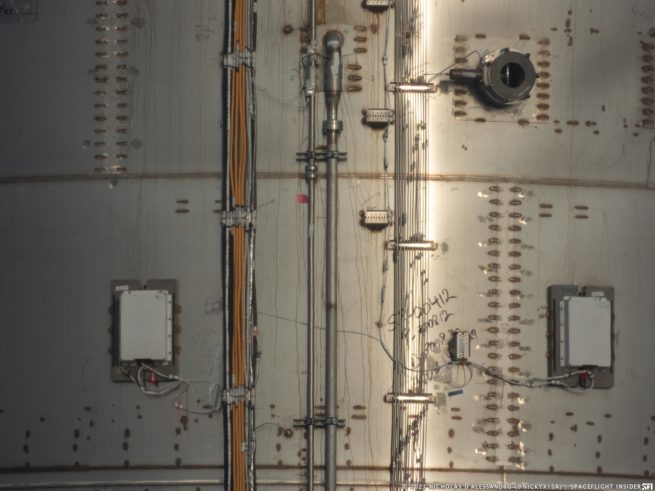 A view of the flight termination system on Starship SN10, which consists of the two white boxes containing small bombs outside of the fuel tanks. Credit: Nicholas D’Alessandro / Spaceflight Insider

However, the following Monday saw a scrubbed static fire attempt, followed by a partial test Tuesday that ended prematurely with an immediate depress vent after ignition. The following Wednesday Musk stated on Twitter that an engine was suspect and was being swapped out.

An engine swap that happened with SN9 caused a lengthy delay, but this time around with Starship SN10, the engine swap had a 48-hour turnaround with another static fire happening by Thursday.

The Feb. 25 static fire was a full duration burn, with no premature depress vents.

Although Musk did not comment on the test, the cancellations of the remaining road closures for the week and new postings of temporary flight restrictions for the coming week were all very good signs that a flight could be happening soon.

SpaceX hopes that the third time’s the charm on this flight, with a newly painted “X” company logo in the center of the freshly-poured landing pad marking the spot.

As of this writing TFRs are currently in place for March 3 through March 6 and the flight termination system has been installed, which typically marks the end of the pre-flight testing procedures. 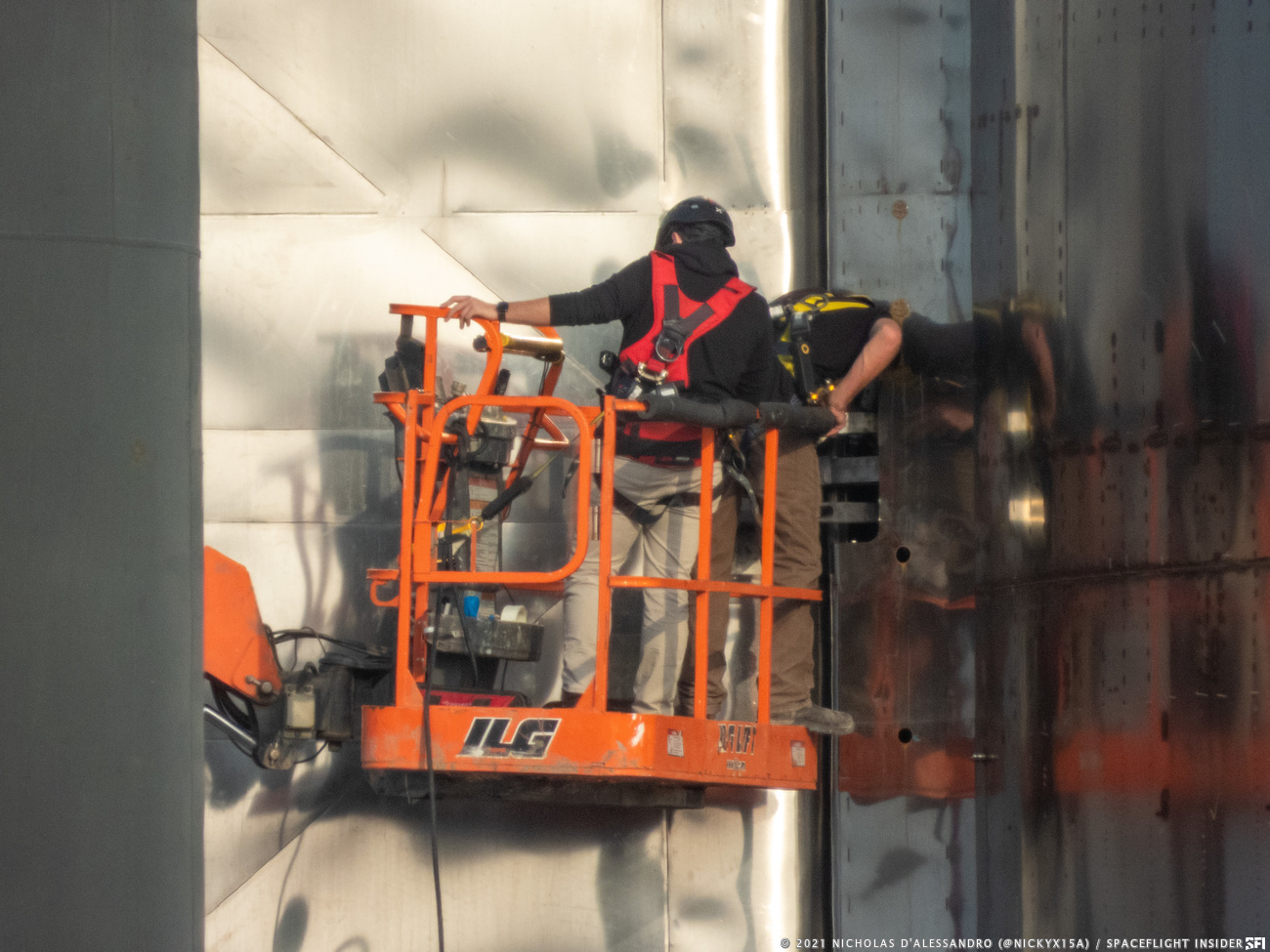 Not sure why SpaceX felt the need for the flight termination system. It already had a foolproof system – the ground…