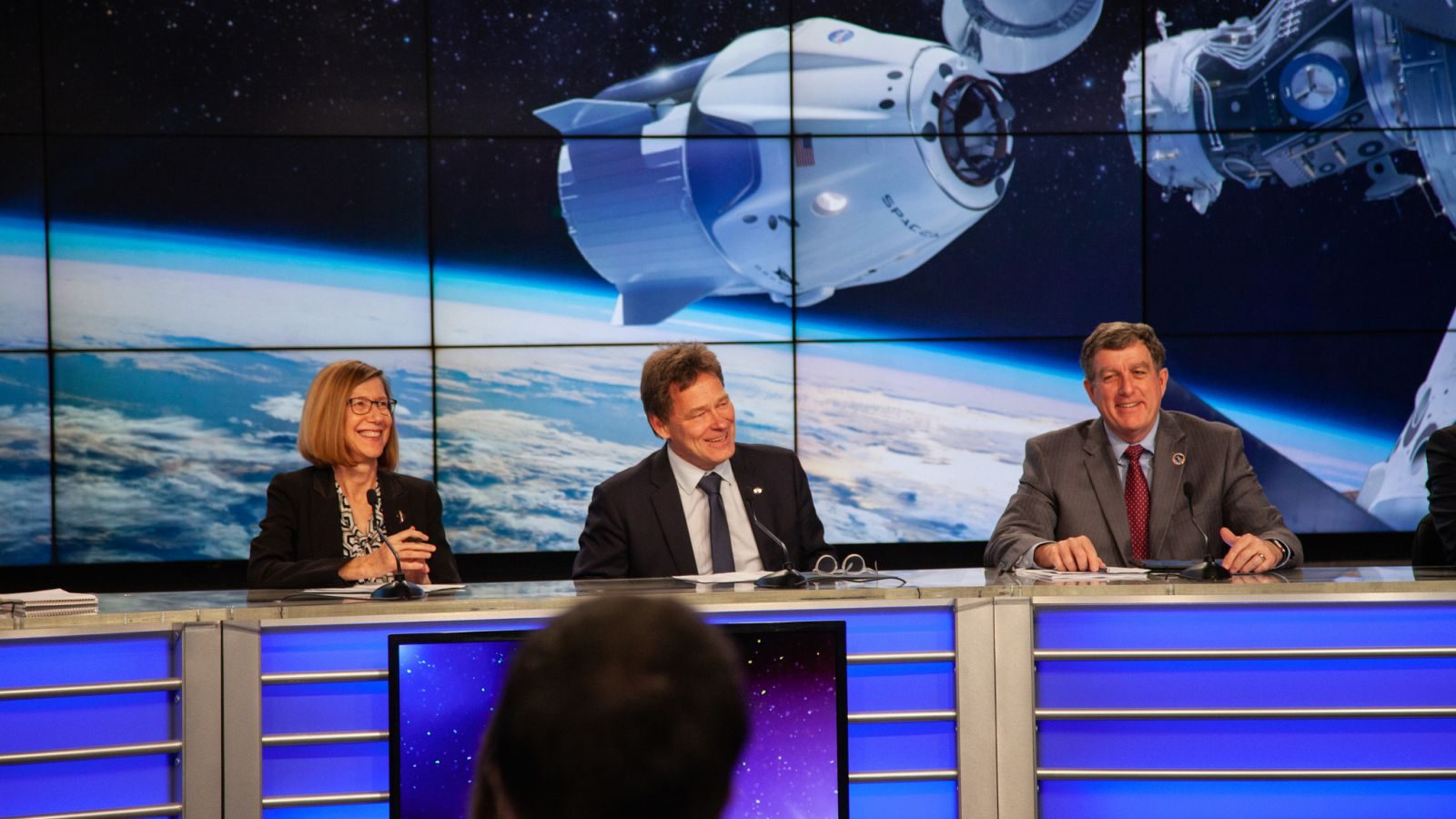 SpaceX vice president for mission assurance, Hans Koenigsmann (center), during a pre-flight press conference before the Dragon Demo-1 mission in February 2019. According to a report by CNBC, he plans to retire. Credit: NASA

SpaceX’s fourth technical employee said he would be retiring from full-time work, as reported first by CNBC. Hans Koenigsmann served as vice president of mission assurance for the company since 2011.

His SpaceX story began in 2002 in the middle of the Mojave desert, where he met Elon Musk as they were both watching a sounding rocket launch.

Musk hired Koenigsmann as vice president of avionics, and the fourth technical employee for SpaceX. He later went on to become the chief launch engineer after Falcon 1’s second flight.

Promoted personally by Musk in 2011 to vice president of build and flight reliability, also known as “mission assurance,” Koenigsmann was placed in charge of the successful completion and overall safety of each mission. He would stay in this role for the rest of his career.

Koenigsmann’s work and achievements were recognized not only by SpaceX, but also by NASA. In 2014, he was awarded the NASA Distinguished Public Service Medal, which is the agency’s highest honor given to a civilian employee.

According to the CNBC report, Koenigsmann said in a memo in late January to SpaceX employees that he would continue to support SpaceX in a part-time role, serving as a technical advisor supporting reliability and anomaly investigation.

Taking Koenigsmann’s place will be former NASA Associate Administrator for Human Exploration and Operations William Gerstenmaier. After spending only a year with the company, the Ohio native is set to take on the role of vice president of mission assurance.

A graduate of Purdue University, Gerstenmaier brings with him more than 40-years-worth of experience at NASA. He joined the agency after receiving his degree in aeronautical engineering in 1977.

Gerstenmaier initially began his spaceflight journey doing research with hypersonic wind tunnels at the Glenn Research Center in Ohio. His work would help to develop critical aerodynamic data during the development of the landing procedures for the space shuttle.

In 1980, Gerstenmaier moved his career to the Johnson Space Center in Houston to work on propulsion design for the space shuttle and eventually the International Space Station.

Gerstenmaier eventually went on to head several programs at NASA including the agency’s Shuttle-Mir program operations manager. He eventually became the overall manager of the International Space Station program before becoming associate administrator for Human Exploration and Operations until being assigned as special advisor to the NASA deputy administrator in mid-2019.