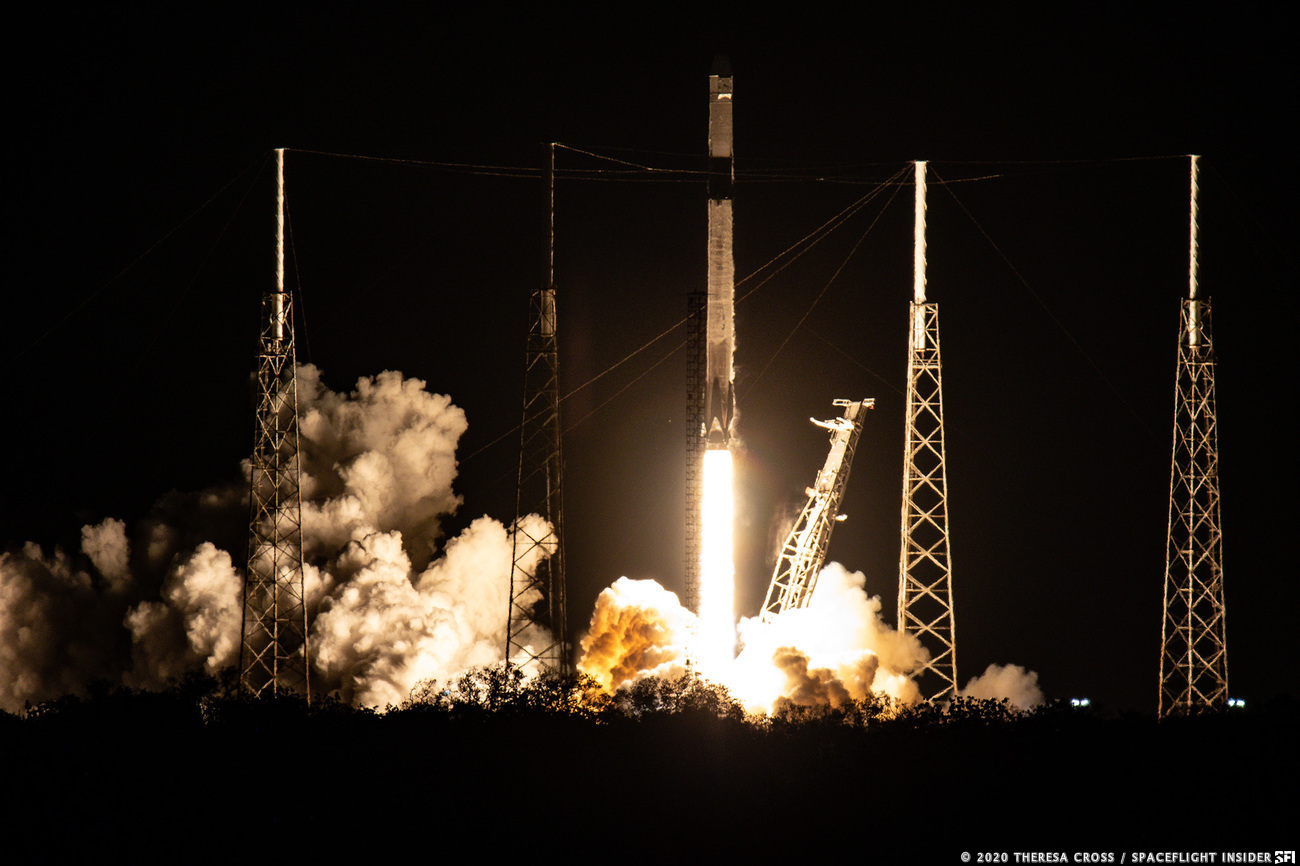 “The payloads launching on SpaceX CRS-20 demonstrate that the ISS is not only an amazing multi-purpose, multi-user research facility in low Earth orbit but also a proof-of-concept incubator where industries can advance their applied research and technology development programs”, shared ISS National Lab Chief Operating Officer Ken Shields.

Booster B1059.2 (used for this mission) previously flew CRS-19 December of 2019.  This is the third flight of Dragon capsule C112, previously flying on both the CRS-10 and CRS-16 missions. In addition to the successful launch and deployment of Dragon, SpaceX also recorded their 50th successful “soft landing” and recovery of a Falcon 9 first stage, landing back at Cape Canaveral Air Force Station’s Landing Zone-1 approximately 8 minutes after liftoff.

Once Dragon capsule C112 is in position, it will be captured and secured to the station with the Canadarm2 robotic arm and remain at the station for approximately four weeks. The capsule will then splashdown in the Pacific Ocean one final time, as all the new/future capsules will only be recovered from the East Coast going forward.

Science experiments onboard include those necessary for first-time research into the effects of microgravity and spaceflight on hemp and coffee cell cultures. “This is an opportunity to see whether those mutations hold up once brought back to earth and if there are new commercial applications,” Dr Jonathan Vaught, Co-Founder and CEO of Front Range Biosciences, was quoted as saying.

Other privately funded research includes the “Tissue Chips in Space” initiative which will conduct studies in microgravity containing human cells that mimic the structure and function of human tissue. Studying these “tissue chips” may provide a better understanding on how they may cause disease on Earth.  Adidas sent up foam particles from their “Boost” shoe line to find out how different sized particulates would improve their performance line created for athletes.

Also flying is an experiment for climate research which will be installed on the European Space Agency Columbus module of the International Space Station. GEROS-ISS will use navigation satellite signals to collect information on climate change.

This will be the last flight of Dragon V1 and concludes the first phase of NASA’s CRS-1 contract. The second phase of the contract, CRS-21 will see a new variation of SpaceX’s new Crew Dragon capsule be used and is scheduled for launch in August 2020.