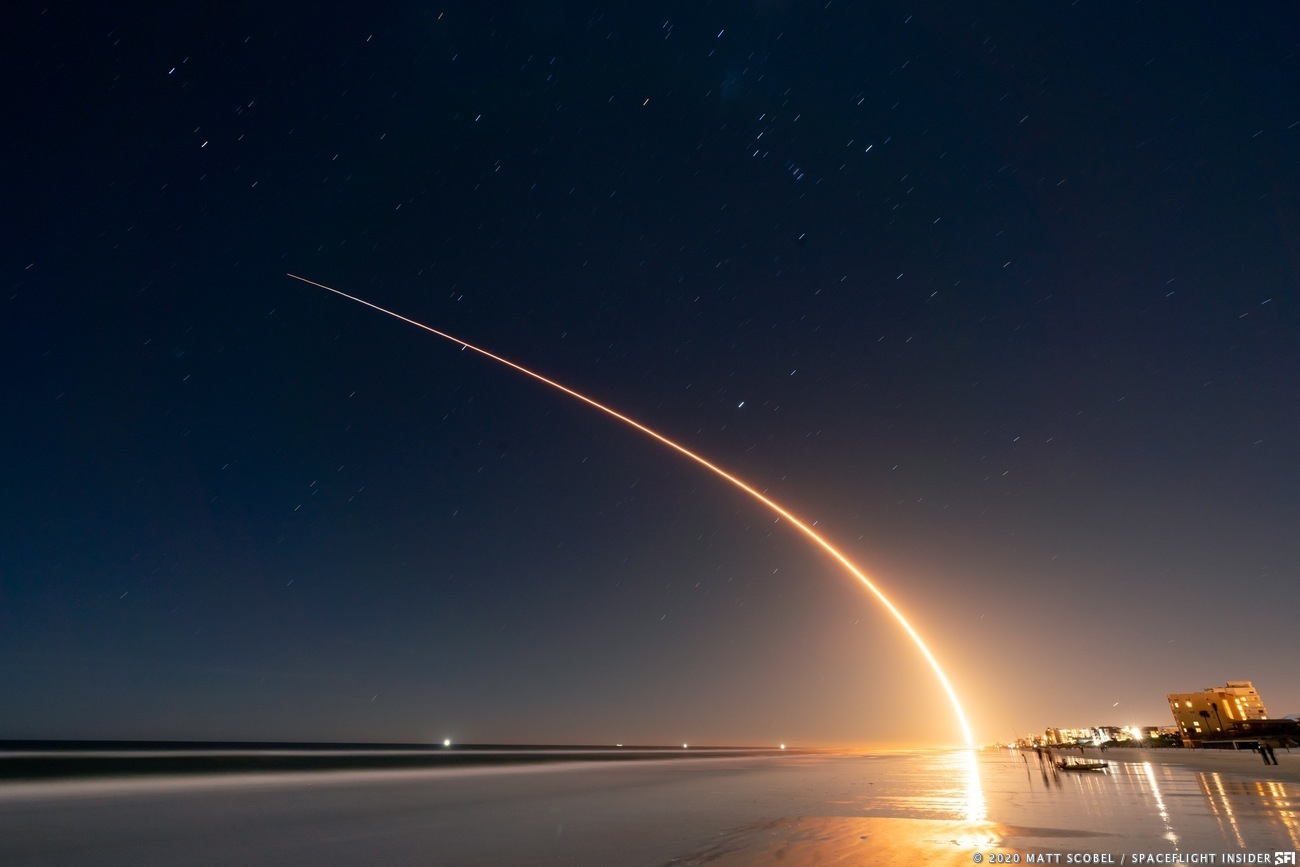 CAPE CANAVERAL, Fla. — At 9:19 p.m. Eastern Standard Time (2:19 a.m. GMT), a SpaceX Falcon 9 rocket and its 60 Starlink satellites lifted away from Space Launch Complex-40 at Cape Canaveral Air Force Station in Florida. The 60 satellites will form a part of SpaceX’s Starlink constellation, which aims to deliver low-latency, high-speed internet to the entire planet.

After lifting away from the pad, the Falcon 9 rocket pitched down range and climbed through the night sky. After burning for two minutes and 33 seconds, the first stage of the Falcon 9 shut down, separated from the upper stage, and began its trip back to Earth. Meanwhile, the M-Vac engine on the second stage began pushing the satellites into a preliminary orbit.

At the same time, the first stage conducted an entry burn at T plus six minutes and twenty one seconds. This burn lasted for 20 seconds. After descending through the atmosphere for another minute and 19 seconds, the first stage began its landing burn to touch down on the Autonomous Spaceport Drone Ship “Of Course I still Love You”. Upon landing on the drone ship, the booster completed its fourth trip to and from space; the booster had previously flown on the Telstar 18 Vantage, Iridium 8, and Starlink 0.9 missions in 2018 and 2019.

At T plus 1 hour and 1 minute, the 60 Starlink satellites separated from the second stage. Now, the satellites will use their onboard ion propulsion to raise and change their orbits.

2020 will be a busy year for SpaceX. The company plans an additional 23 Starlink launches along with launches for their government and commercial customers.