LOMPOC, Calif. — After enduring several delays, SpaceX successfully launched ten Iridium NEXT satellites into a polar low-Earth orbit (LEO), marking the Falcon 9’s first flight of 2019, and the last of the original contract, signed in 2010, with Iridium.

Liftoff of the Iridium 8 mission occurred at 7:31 a.m. PST (10:31 EST / 15:31 GMT) at the opening of an instantaneous launch window. Today’s flight passed its final hurdle with the rocket’s Jan. 6 static test fire.

SpaceX has a busy, and potentially pivotal, year ahead of it in 2019. Photo Credit: ashly Cullumber / SpaceFlight Insider

That eight-mission contract between SpaceX and Iridium marked the largest private launch deal ever engaged, tipping the scales for a total of $492 million, or $61.5 million per launch. To honor the occasion Iridium created a launch soundtrack on Spotify.

The booster (B1049.2) for this flight had previously flown on the Telstar 18V mission, marking the second time that this Block 5 first stage has been flown.

Lifting off into the sky, the vehicle continued to build speed as it arced out over the Pacific Ocean, reaching the moment of maximum dynamic pressure—the time when the forces exerted on the rocket by the thrust of the engines, combined with the pressures of the thinning, but still substantial atmosphere, are greatest. This took place approximately seventy seconds after liftoff.

With everything progressing normally, the first stage continued to fire for another 75 seconds, with main engine cutoff occurring just shy of two-and-a-half minutes after launch.

Although the primary mission was the delivery of the 10 Iridium NEXT satellites to orbit, many interested viewers were focused on what happened with the now-solo first stage.

The second stage – now above a great majority of the atmosphere and no longer needing thermal, acoustic, and aerodynamic protection for the Iridium satellites – shed its payload fairing at about 3 minutes, 15 seconds into the mission. Although the fairing is necessary for a significant portion of the flight, jettisoning the protective shell once in near-vacuum conditions lightens the overall mass of the second stage, and is necessary to allow for deploying the satellites housed within.

While the second stage, with its payload, continued accelerating to orbit, the first stage began preparations to land on SpaceX’s drone ship, Just Read the Instructions, waiting a few hundred miles off the California coast in the Pacific Ocean.

Flying free from the second stage, the first stage re-oriented itself so that it was flying engines-first, allowing it to perform a couple of trajectory modification burns on its way to a landing on the drone ship.

As the first stage neared the drone ship, it re-ignited the center Merlin 1D engine and brought the booster to a near-bullseye landing. Though the company still classifies these landing attempts as “experimental”, it’s clear SpaceX has the rocket’s landing system is very adept at making a difficult task look easy. 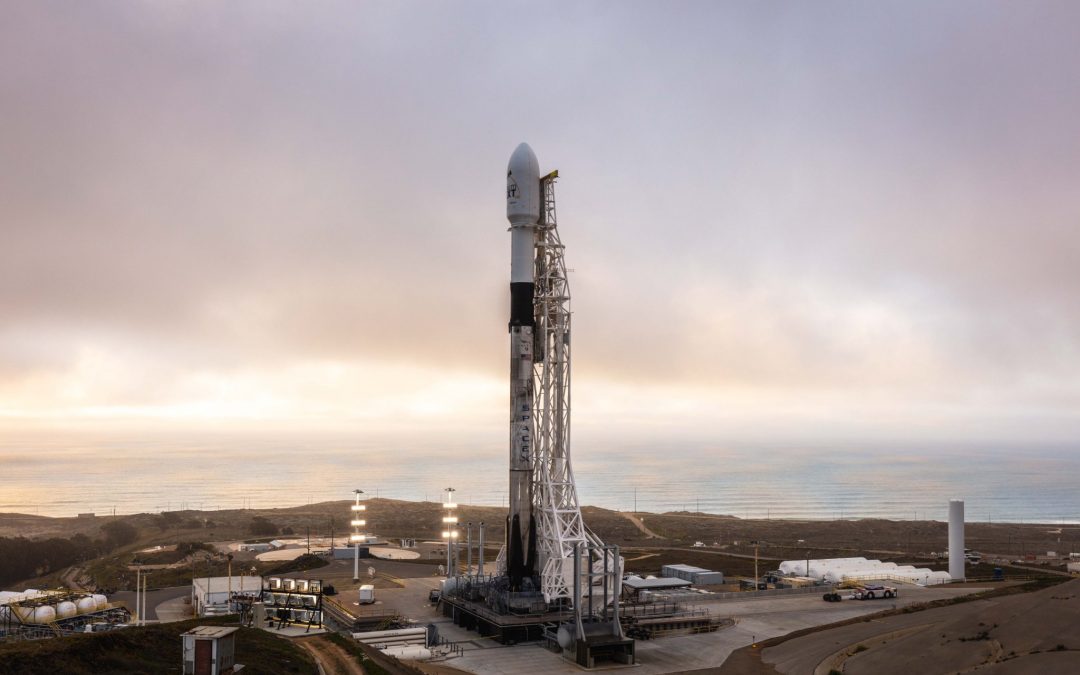 Next came a coast phase, lasting nearly 44 minutes, before the Merlin 1D Vacuum was re-ignited for a short three-second burn. Now positioned in the designated orbit, the second stage deployed the 10 Iridium NEXT satellites over the ensuing 15 minutes.