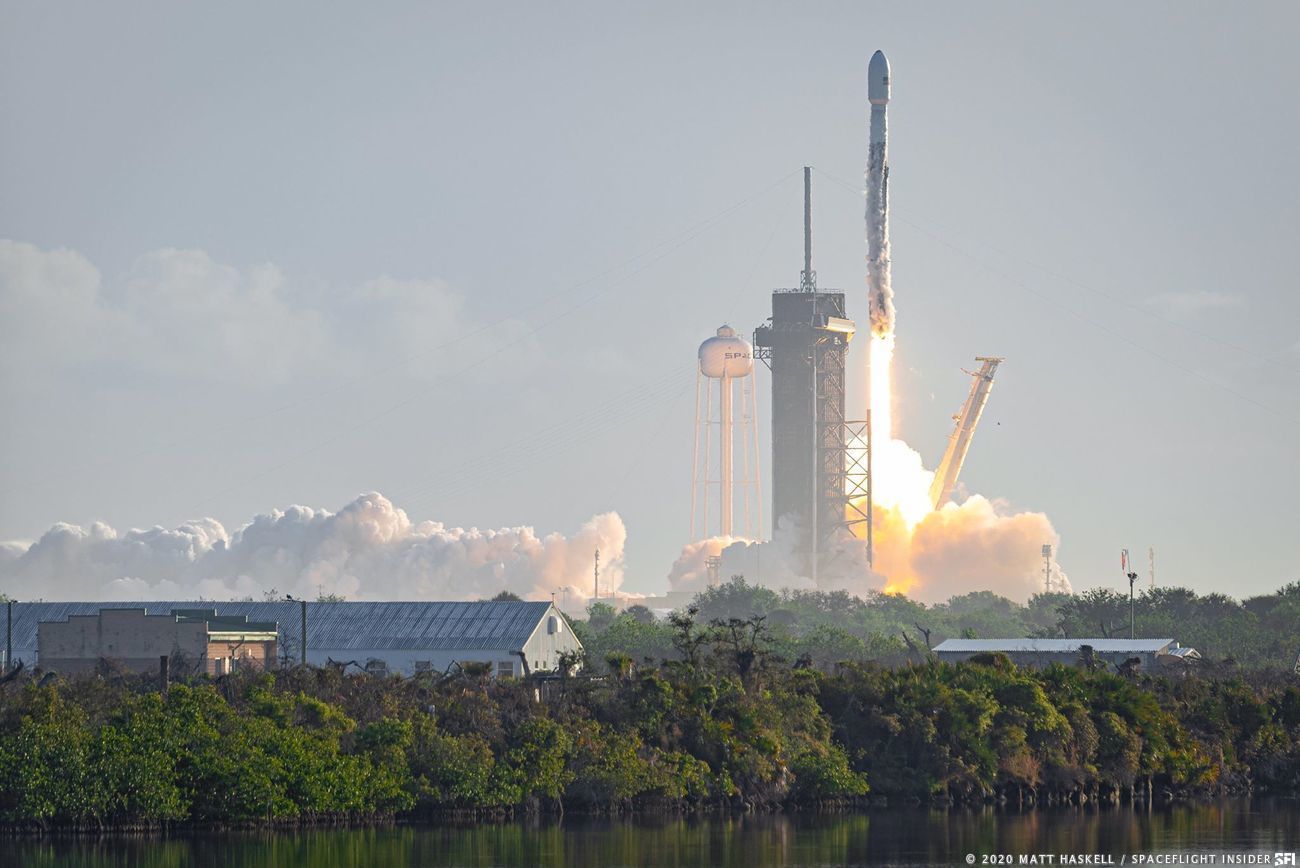 As the Nation continues to deal with the ramifications of the COVID-19 pandemic, SpaceX is poised to launch its seventh batch of 60 Starlink satellites aboard a Falcon 9 rocket. The launch will take place from historic Launch Complex-39A at the Kennedy Space Center in Florida on April 22 at 3:37 p.m. EDT. In a move not commonly seen in the spaceflight business, SpaceX decided to advance the target launch date to Wednesday rather than attempt a launch on its previously scheduled date (approximately 24 hours later), due to more favorable weather conditions present on Wednesday. The weather is currently projected to be 90% go for tomorrow’s attempt and 50% go for Thursday’s backup window.

Tomorrow’s launch will be the fourth flight of first stage booster 1051, earning it a .4 designation. The booster first flew on the Demo Mission-1 launch in March of 2019. It then flew for a second time, from the West Coast, on the RADARSAT mission in June of 2019. It flew for a third time, from Florida, on the third Starlink mission in late January of this year. It will attempt to land for a fourth time on the droneship “Of Course I Still Love You” off the coast of South Carolina.

SpaceX will also attempt to recover both halves of the protective fairing during this launch. The vessels GO Searcher and GO Ms.Tree will attempt recovery of both halves. The fairing first flew on the Amos-17 mission in August 2019.

On Monday, the Space Coast was battered with severe thunderstorms that produced a radar-indicated tornado just north of LC-39A. While the intense storm caused minor damage to the surrounding area, Falcon 9 remained horizontal in its hangar where it remained safe from the gale force winds.

On Friday, SpaceX requested permission from the FCC to operate their first set of 4,400 first generation Starlink satellites at a lower altitude than previously requested. Initially, SpaceX had planned to operate these satellites at an altitude of 1,100-1,325 kilometers. The new request is for an altitude between 540 and 570 kilometers. SpaceX hopes the new altitude change will help the disgruntled astronomy community by eliminating the brightness of the satellites on orbit as well as eliminate the hazard of the satellites becoming space debris.