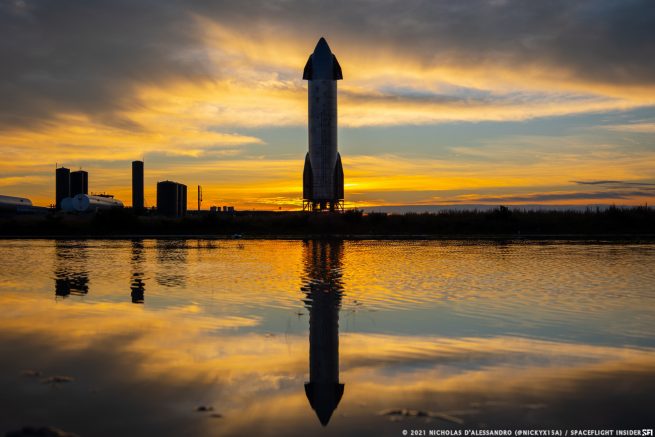 Starship SN9 is set to fly its 12.5-kilometer high-altitude flight as early as this week. Credit: Nicholas D’Alessandro / Spaceflight Insider

With the remnants of the explosively successful flight of SN8 only recently cleared from the pad, the next prototype in line, Starship SN9, continues the company’s theme of ultra-rapid development.

All major pre-flight tests, the cryogenic proof test that ensures the vehicle can be pressurized with super-chilled propellants and a saga of static fires of the three Raptor engines have now been completed. SpaceX currently looks to be targeting Jan. 27, 2021, for a 12.5-kilometer high-altitude flight for its SN9 test article.

In an unusual twist, Starship SN9 completed three successful static fires in a row over the course of several hours Jan. 13, 2021, with SpaceX CEO Elon Musk on Twitter stating the day’s agenda was practicing engine starts in their “Hop in and Go to Mars” modus operandi. 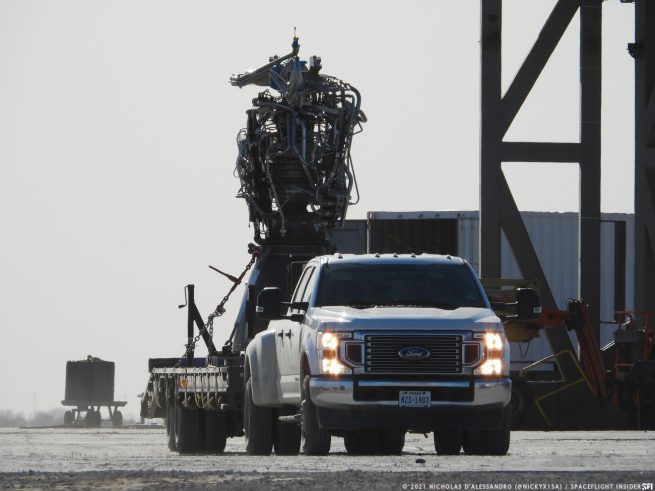 Musk himself seemed surprised all three tests went off without a hitch, tweeting his enthusiasm for the lack of any “RUD,” or “Rapid Unscheduled Disassembly,” an endearing term for an unexpected destruction of a vehicle.

However, as static fires are designed to do, they served to discover some issues with two of the three Raptor engines. Two needed replaced and repaired after the test. This, combined with additional static fire attempts and weather delays have pushed the flight back by almost two weeks.

The two new engines went through a marathon of scrubbed and aborted static fires until a seemingly successful one on the morning of Jan. 22, paving the way for the high-attitude test.

Flight opportunities for Jan. 25-27 were signaled by the tell-tale Federal Aviation Administration issuing Temporary Flight Restrictions for spaceflight activities from the “Surface to Unlimited” for those dates in the area.

An apparent opportunity was called off on Jan. 25 because of strong winds, and Musk tweeted on Jan. 26 that the company was hoping for FAA approval for a test flight on the afternoon of Jan. 27.

SN9 has already defied several precedents set by the itself unprecedented SN8 flight. It was the first fully-integrated Starship stack to actually roll to the pad instead of being assembled there. Likewise it was the first stack to already have two of the three Raptor engines in place before rollout, whereas SN8 had them installed at the pad. 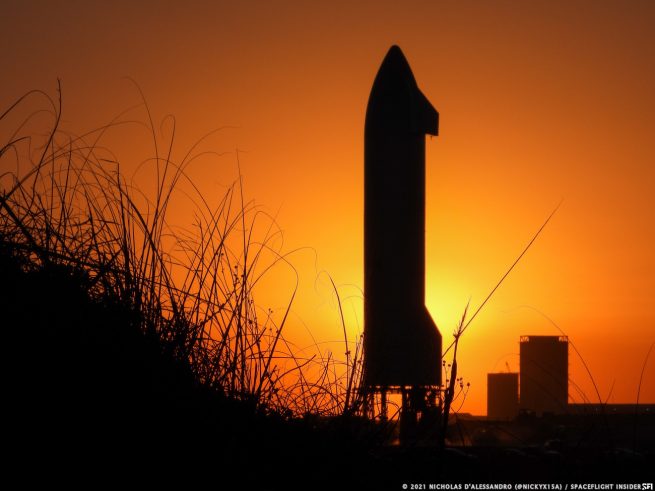 Starship SN9 also ushered in a new faster pace of static engine firings with the aforementioned thrice successful test series in one day, and then rapid testing of the replaced engines. Each iteration appear to build upon the lessons of the last, with Musk himself on Twitter describing the differences between the two prototypes as involving more robust wiring, more mature engines and a better-sealed nosecone.

Elon has also tweeted about remedies to the loss of pressure in the liquid methane header tank, which was noted as the reason for SN8 to land too hard. This remedy involved switching the pressing of that tank back to helium.

Despite these improvements seeming minor, the overall flow of testing appears to have improved dramatically. SN8 was plagued by weeks of delays by the nature of it being the first fully-integrated Starship stack to fly to a high-altitude, rather than recent prototypes’ 150-meter hops.

SN9 on the other hand was able to overcome a tipping mishap in the high-bay which damaged one of its aerodynamic control flaps against the side wall. Within mere days, a new flap was sourced from another prototype and the vehicle was rolled out to the pad.

Similarly, two entire engines were swapped out and re-tested within days of an itself unprecedented three-in-one day engine test series.

This rapid pace, while impressive in its infancy, is expected to become the norm with Musk tweeting the goal of building “a thousand ships” in order to “create a sustainable Mars city.” 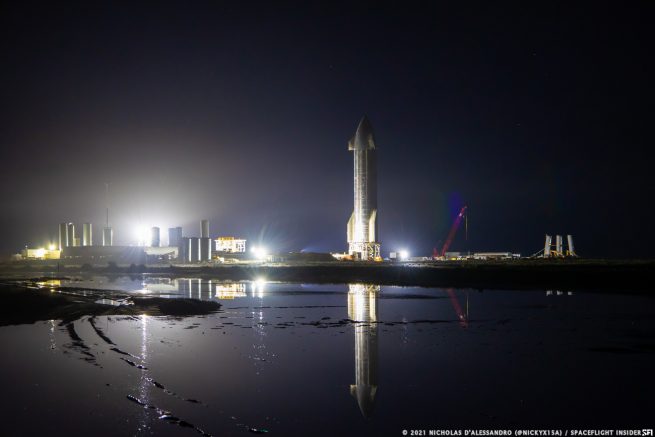