SpaceX held a test of the company’s Crew Dragon spacecraft on April 20, 2019 which ended with an explosion at the NewSpace firm’s Landing Zone 1 at Cape Canaveral in Florida. Today, SpaceX released what it believes to have caused the accident during a briefing earlier this afternoon.

“We went through the evidence and the debris and through the telemetry data and have a conclusion at this time,” Koenigsmann said. “There are two propulsion systems on Crew Dragon and they use the same propellant…it’s a bi-propellant that consists of NTO nitrogen tetroxide on one side, that’s the oxidizer, and monomethylhydrazine, that’s the fuel. When you put those two together they basically react immediately and produce pressure and thrust and that’s basically how it works.”

“We know that we had a leaky component on the system that allowed oxidizer or NTO to cross over to the pressurization system and we believe that we had a liquid slug of that oxidizer in that pressurization system. So, we actually opened the valves and pressurized the propellant system. We think that this slug was driven back into the check valve and basically imagine that…a lot of pressure driving back a slug of liquid at significant force and that destroyed the check valve and caused an explosion.”

Shortly after the briefing, SpaceX released the following information: …the anomaly occurred approximately 100 milliseconds prior to ignition of Crew Dragon’s eight SuperDraco thrusters and during pressurization of the vehicle’s propulsion systems. Evidence shows that a leaking component allowed liquid oxidizer – nitrogen tetroxide (NTO) – to enter high-pressure helium tubes during ground processing. A slug of this NTO was driven through a helium check valve at high speed during rapid initialization of the launch escape system, resulting in structural failure within the check valve. The failure of the titanium component in a high-pressure NTO environment was sufficient to cause ignition of the check valve and led to an explosion.

“We found burn marks in the track valve that confirmed that, we can also line up the video and the telemetry. This basically supports this scenario. It’s worth pointing out that we didn’t quite expect the NTO driven into a titanium component causes such a violent reaction,” Koenigsmann said. 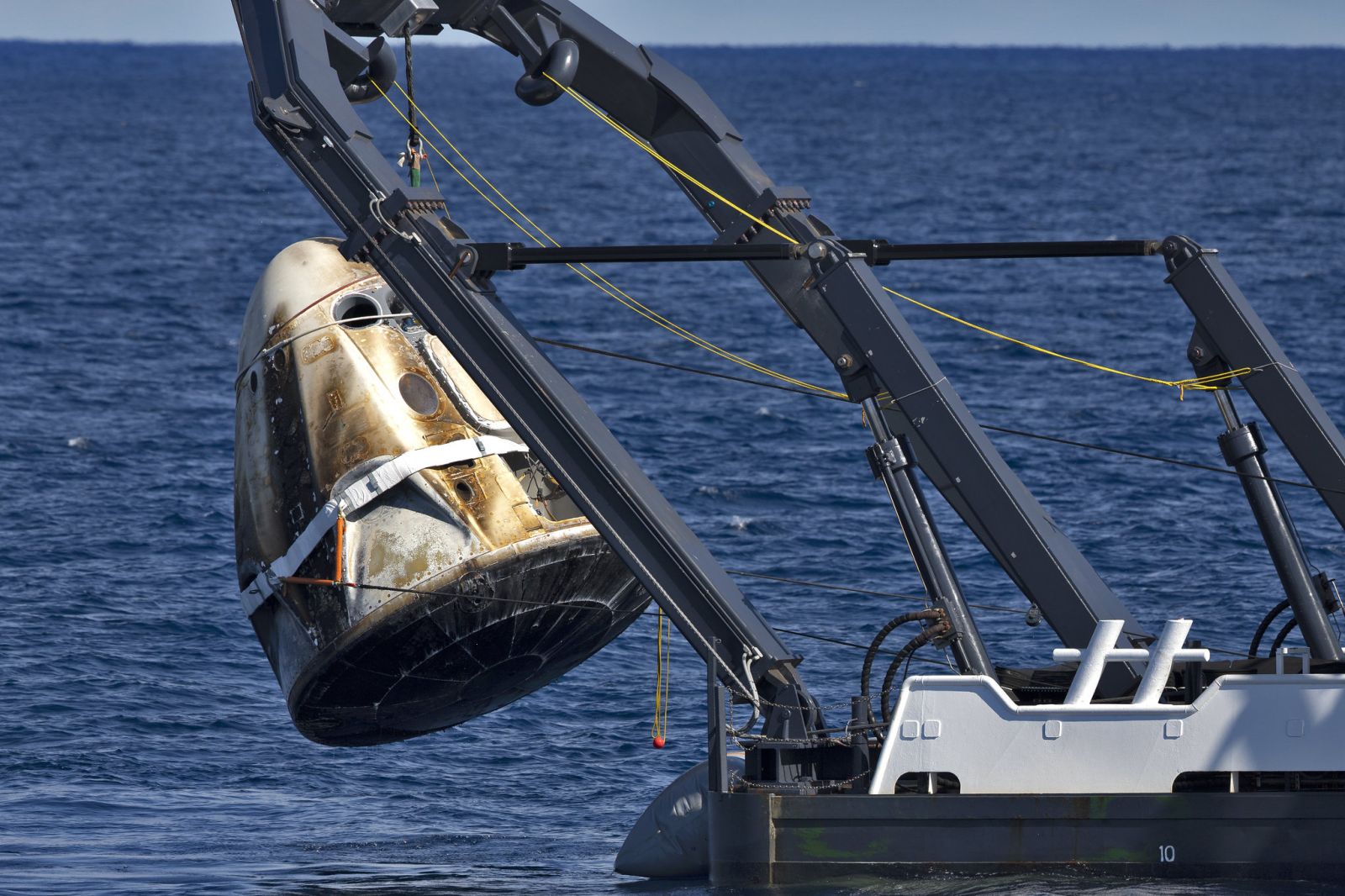 The speakers at today’s briefing noted that the accident provided a wealth of data and that it was preferable to have such an event occur unmanned and on the ground as opposed to in the sky with a crew aboard. SpaceX carried out tests at their facilities located in McGregor, Texas with the assistance of NASA and they’re not finished yet with reviewing what occurred during the mishap. In fact, today’s briefing only covered the preliminary findings. SpaceX appeared fairly confident in identifying the pressurization system as the cause of the accident, stating that they were “…80 percent down the fault tree of the investigation.”

“In this case we learned a lot, maybe more than we wanted,” Koenigsmann said. Leuders echoed this sentiment, stating that the accident occurred during a ground test and not a flight test and was, in some ways, “…a gift.”

After the accident, SpaceX worked with NASA and the United States Air Force. Federal Aviation Administration (FAA) and the National Transportation Safety Board (NTSB) to secure the area and debris. Shortly thereafter they formed an accident review committee and work to determine what had caused the explosion.

April’s accident placed the timing of the Demo-2 crewed test flight to the International Space Station in question. The flight had been slated for this month (July). With several critical testing milestones requiring completion, it’s unlikely Demo-2 will take place this year.

CBS’ Bill Harwood asked Lueders if “anyone” would be flying this year on SpaceX, she responded with caution stating that it depends on what is found by the accident review board as well as how well the parachute and in-flight abort tests went. Koenigsmann stated that having Demo-2 taking place later this year wasn’t impossible but that the schedule was getting pretty tight and that the welfare of the crew came first, a sentiment shared by Lueders. 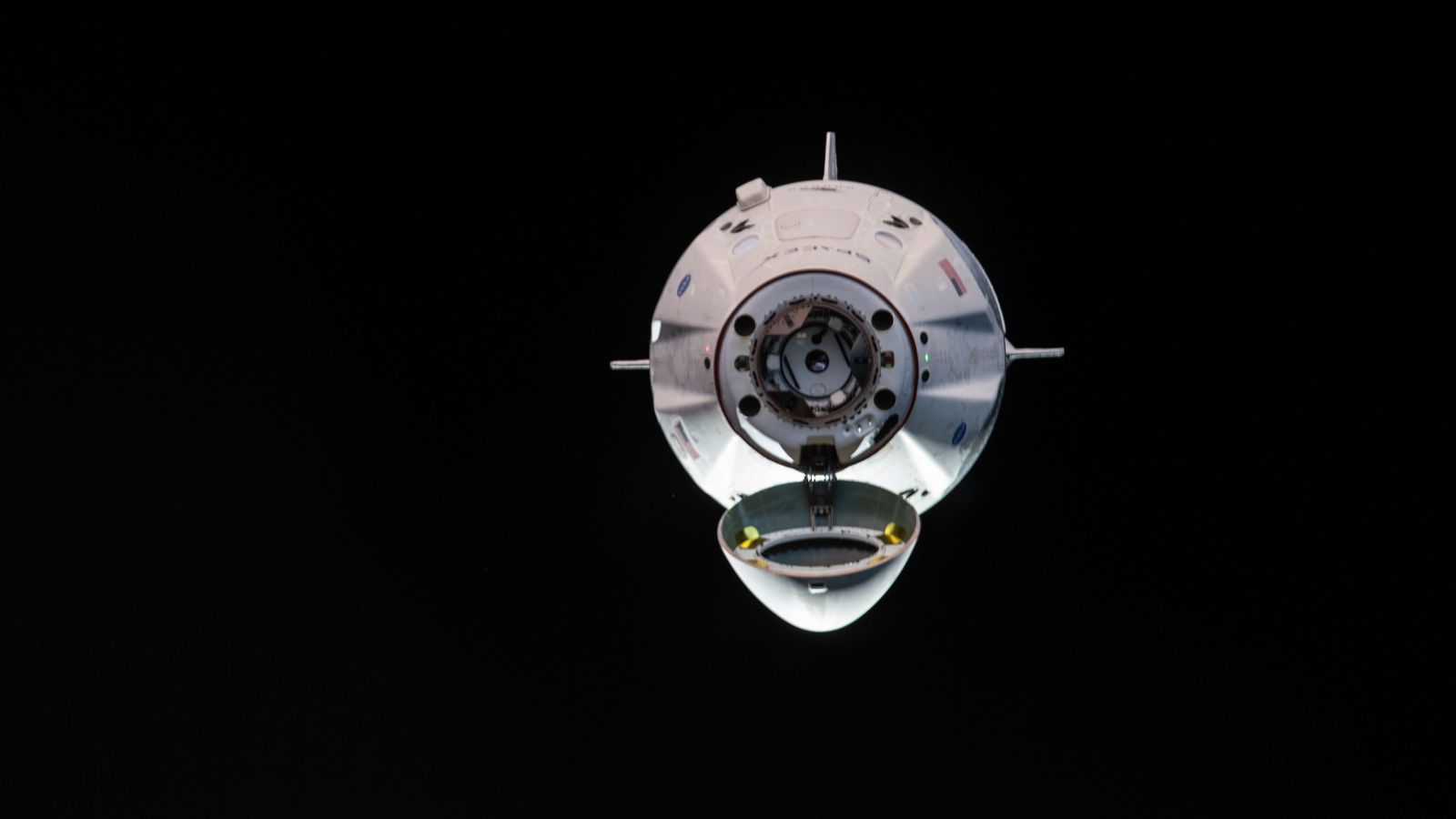 Crew Dragon as it approached the ISS on March 3, 2019. Five days later, it departed the space station to begin its journey home. Photo Credit: NASA

“We’re going to fly when we know its the right time and we know that our crew will be flying safely,” Lueders said.

The Crew Dragon spacecraft that was lost was the same one that carried out Demo-1 flight. That test flight saw the vehicle safely travel to and from the International Space Station in an automated capacity.

“I’m hoping we can get this done relatively quickly, but it’s more important that we get it right,” Koenigsmann said. He went on to note that this was the “appropriate time” to publicly release information about April’s explosion.

SpaceX successfully completed the Demo-1 mission on March 8 of this year (2019). Afterward, the Hawthorne, California-based company wasted little time in forging ahead with their testing regime. The accident took place a little more than a month after the spacecraft had been plucked from the Atlantic.

The Dracos on Crew Dragon are very similar to those currently used on the cargo variant of the vessel (one of which is scheduled for launch to the International Space Station on Sunday, July 21. Koenigsmann made sure to note that the problems encountered this past April had nothing to do with the SuperDracos or COPV (composite overwrapped pressure vessel – something linked to earlier SpaceX failures). He stated that the issue was entirely with the pressurization system.

While the explosion might have raised concerns that Demo-2 will not take place this year, Koenigsmann noted that other important testing regimen will be conducted “in parallel” with the investigation.

For those with experience with how companies and agencies describe events such as the April 20 mishap the words used are subdued, “anomaly” “overpressure event” and so on. Today was a stark contrast to PR-scrubbed statements. Koenigsmann, in no uncertain terms referred to the event as an explosion. 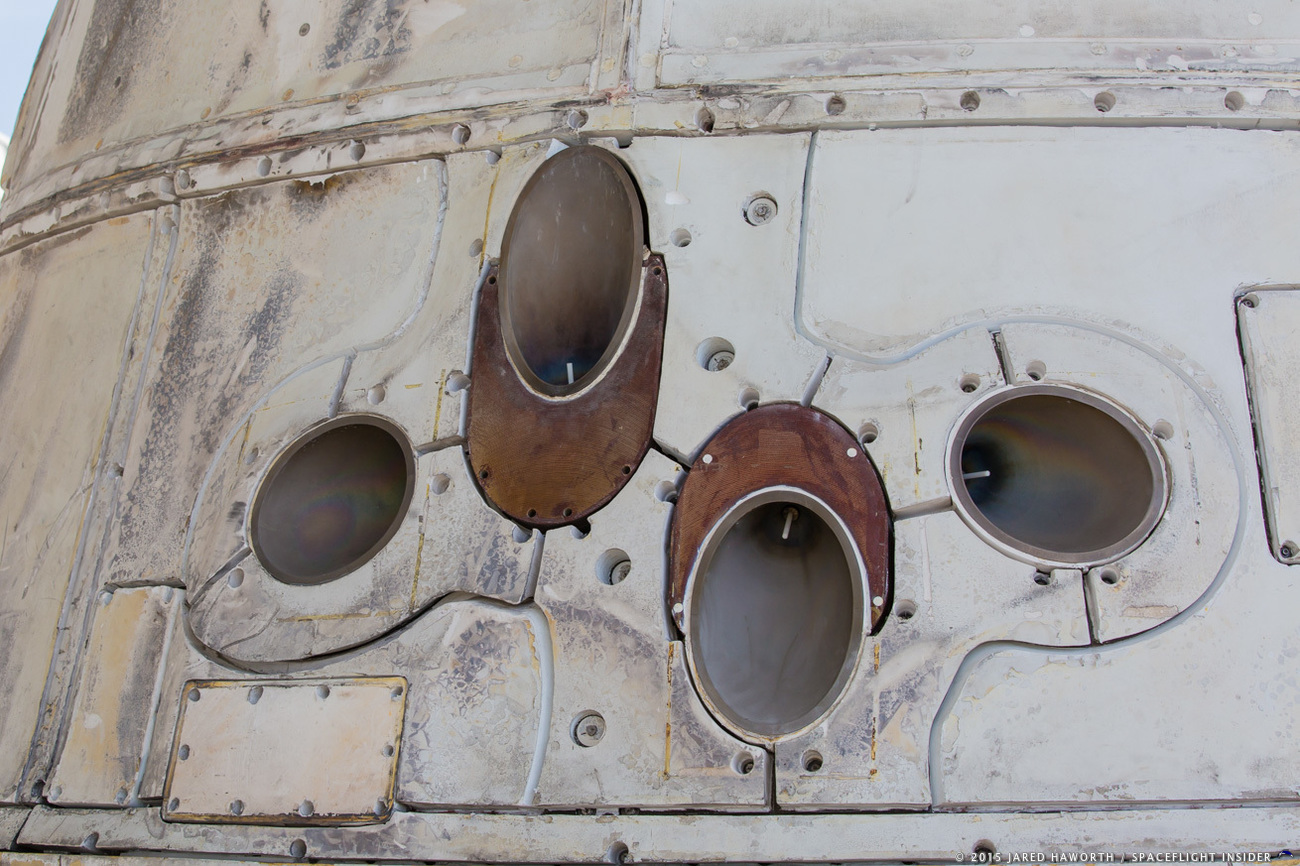 It was announced that a “slug” caused the April 20 explosion of a test article of the Crew Dragon spacecraft. (Archive photo of COTS 2 Cargo Dragon capsule). Photo Credit: jared Haworth / We Report Space

Were the SuperDracos dry or fuelled when Demo-1 docked with the ISS?

They were unpressurized, and safed from being so.