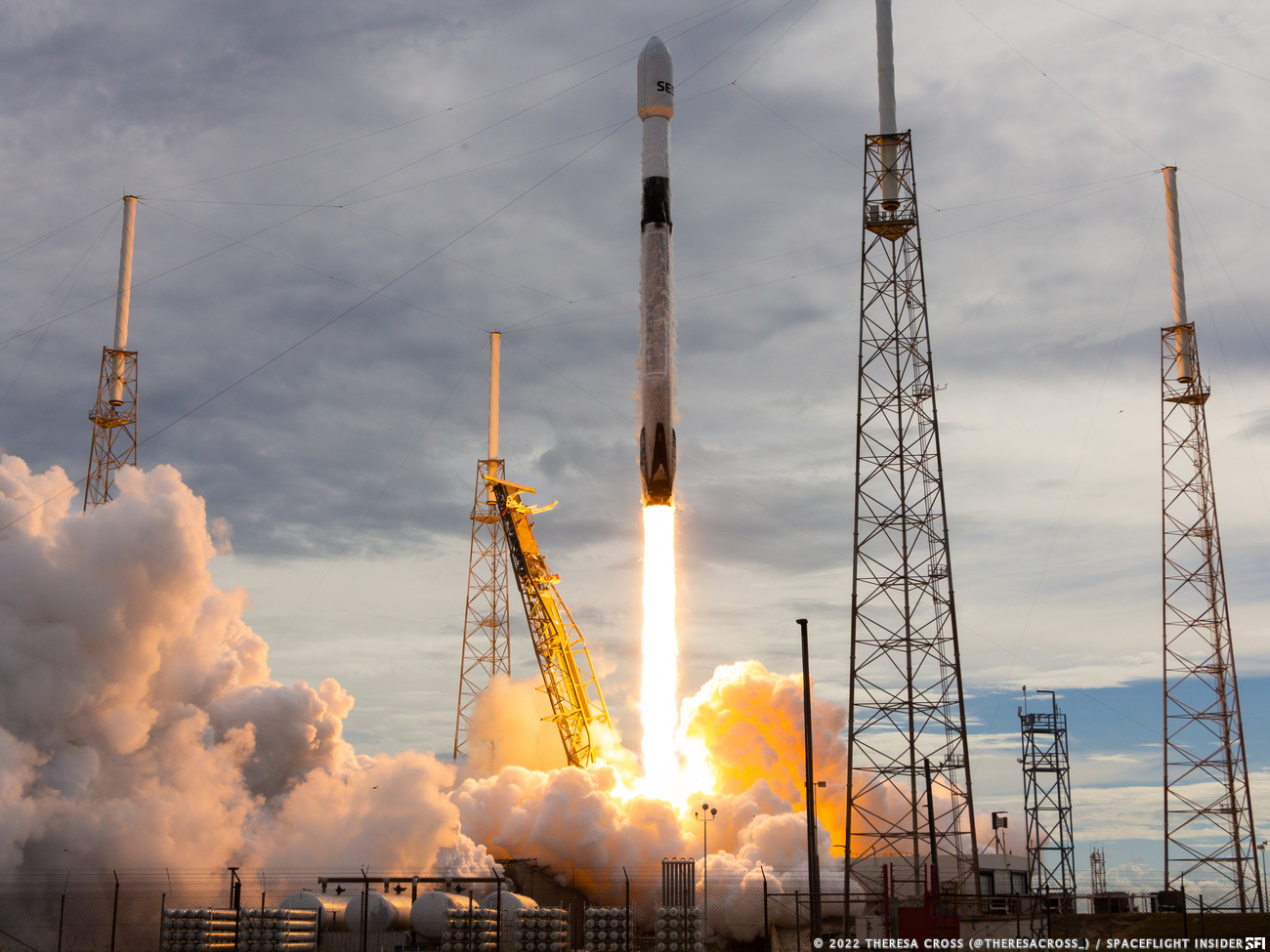 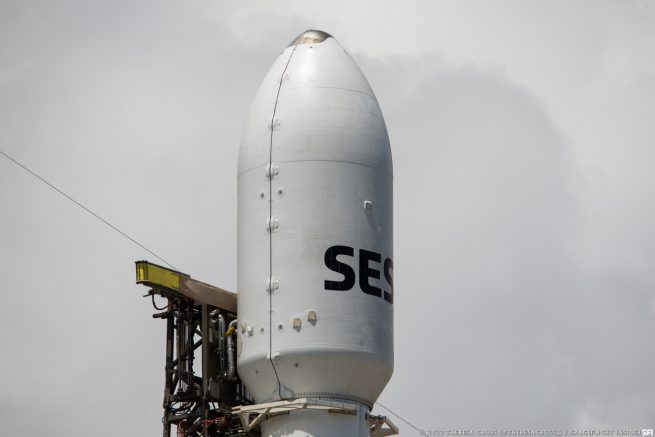 “We are thrilled with the successful launch of SES-22, thanks to our partners at Thales Alenia Space and SpaceX,” said Steve Collar, CEO of SES, in a company news release. “The launch of SES-22, together with other upcoming C-band satellite launches scheduled this year, will enable us to continue providing the high-quality services that our customers have been accustomed to over the last several decades, while freeing up spectrum that will enable the US to rapidly unlock the promise of 5G.”

Thales Alenia Space and Leonardo, in a joint venture, built the satellite for SES S.A., a Luxembourgian telecommunication company. SES-22 has a mass of 3,500 kilograms, two solar arrays and an expected life span of 15 years providing North America with digital broadcasting services.

The Luxembourgian telecommunication company will also take responsibility for the payload in orbit.

SpaceX drone ship “A Shortfall of Gravitas,” staged 400 miles (670 kilometers) downrange in the Atlantic Ocean, intercepted the company’s Falcon 9 first stage B1073, which was on its second mission after just a 46-day turnaround from its previous flight to space.

The twin fairing halves were also expected to be recovered by SpaceX support ship “Doug.” 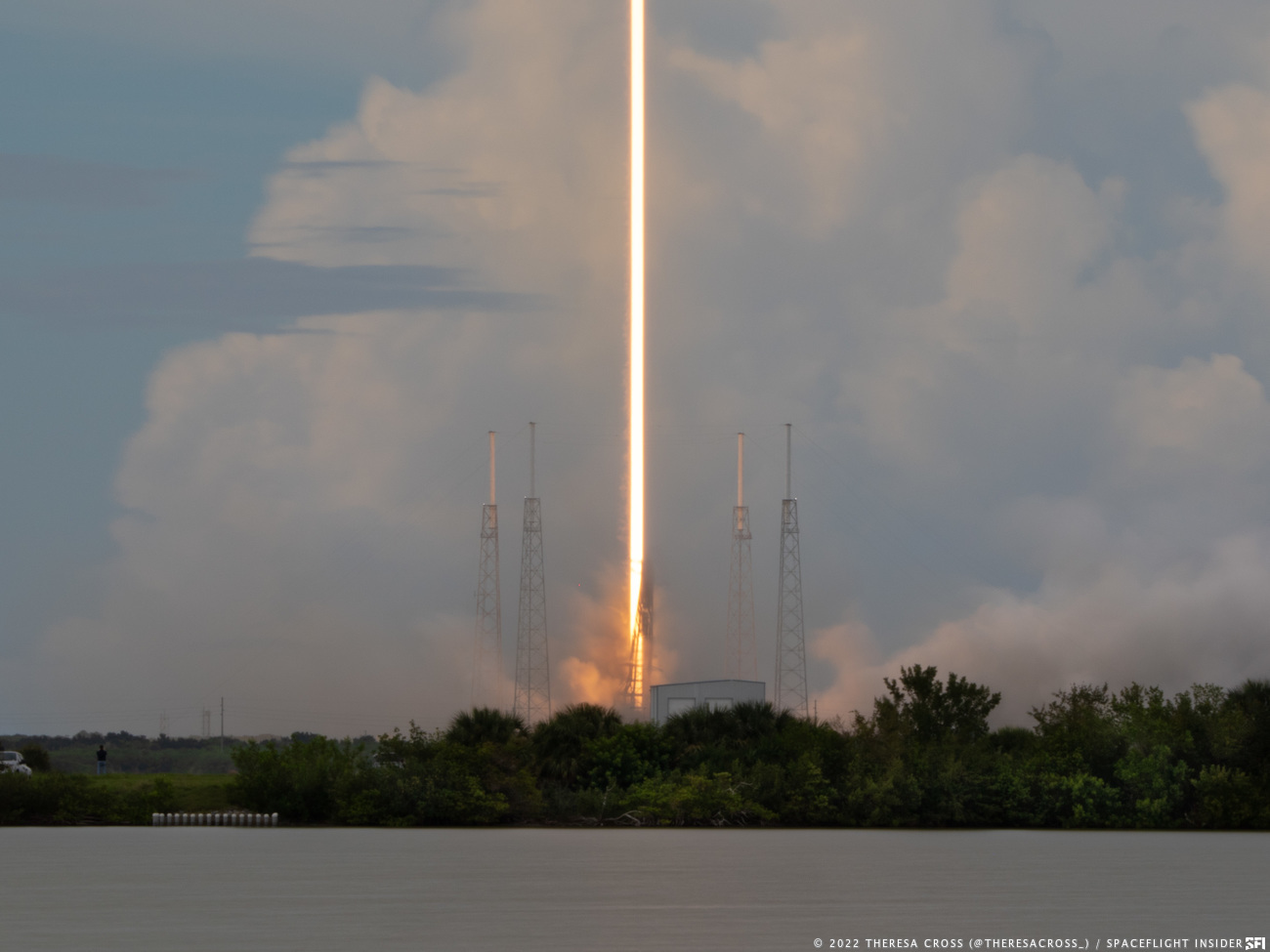 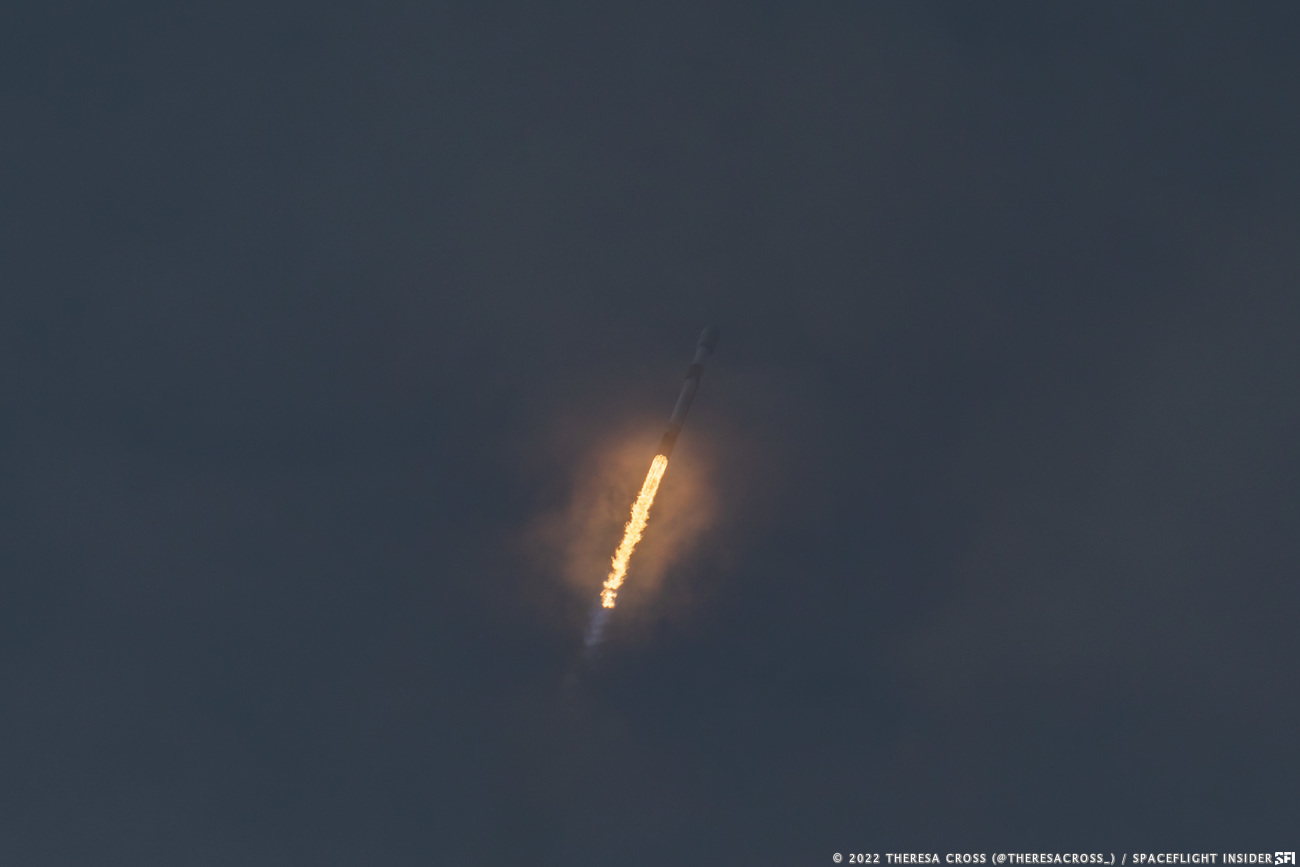 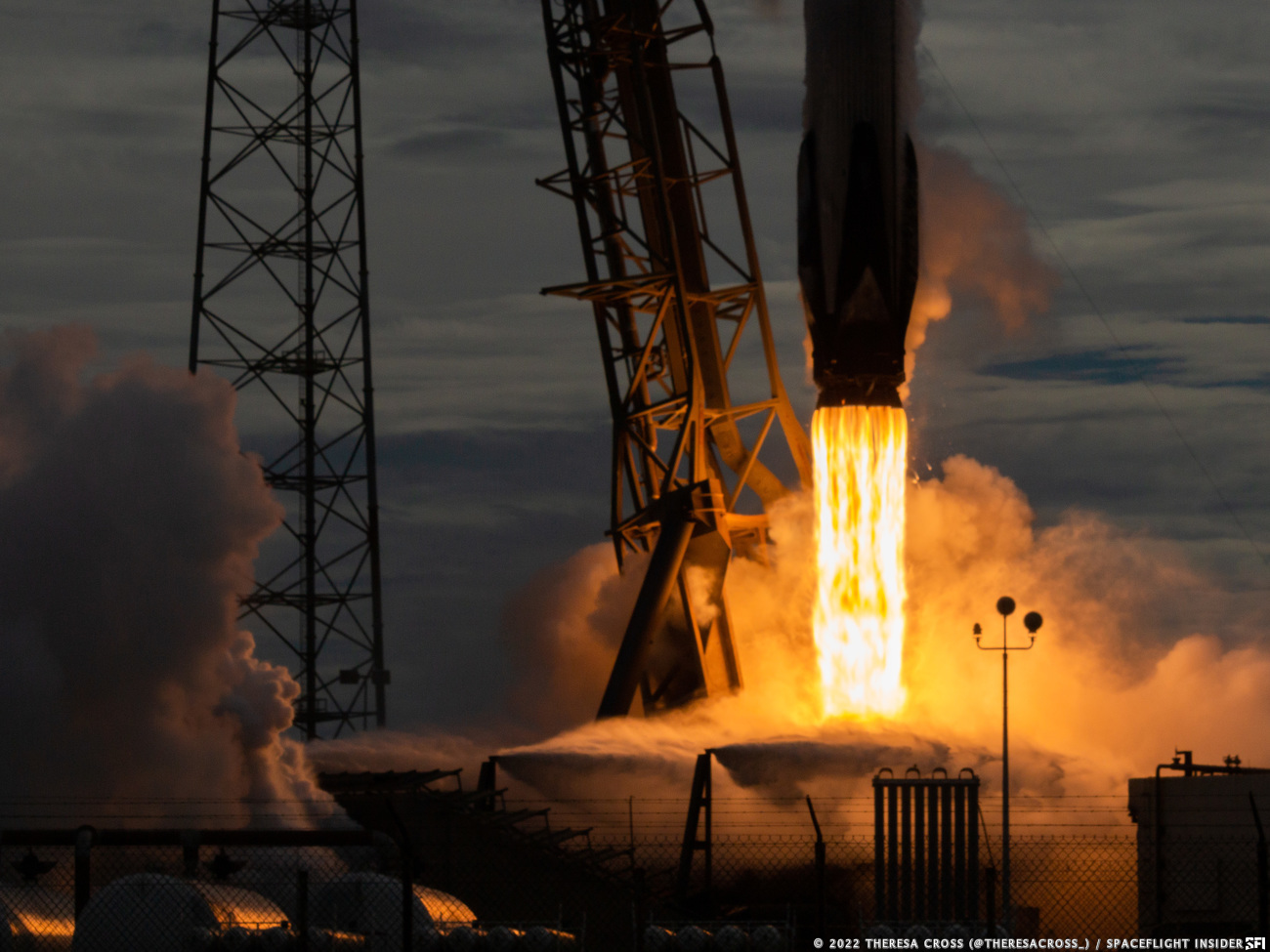