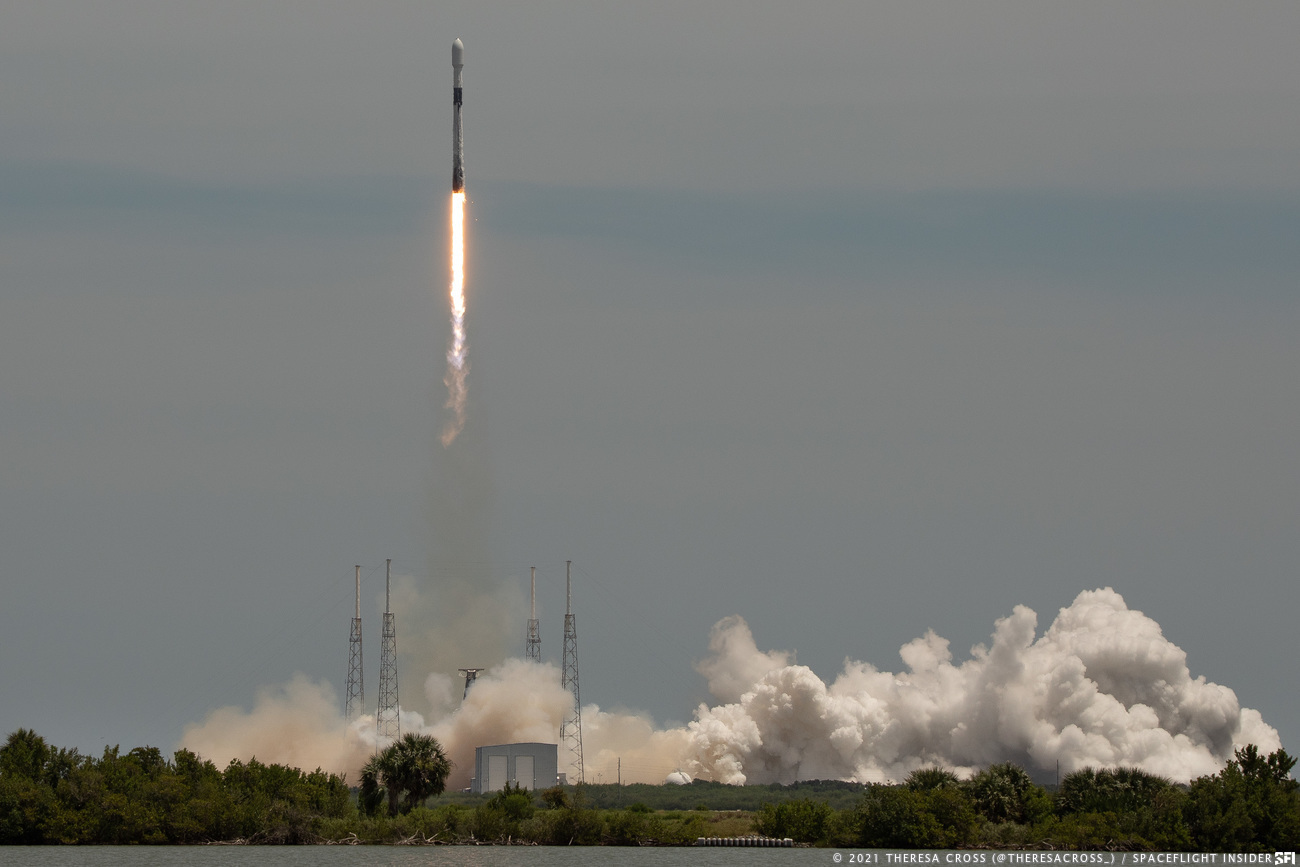 SpaceX sent the GPS III SV05 satellite into space for the U.S. military atop a previously-flown Falcon 9 booster.

Liftoff took place at 12:09 p.m. EDT (16:09 UTC) June 17, 2021, from Space Launch Complex 40 at Cape Canaveral Space Force Station in Florida. After its initial ascent into a parking orbit, the second stage of the Falcon 9 coasted for about 50 minutes before performing a final 44-second burn to place the GPS III SV05 spacecraft into its final deployment orbit.

The 8,550-pound (3,880-kilogram) GPS III SV05 was deployed about 90 minutes after leaving Florida. Ultimately, the spacecraft will use its own onboard engines to place it in its final 12,540-mile (20,180-kilometer) medium Earth orbit 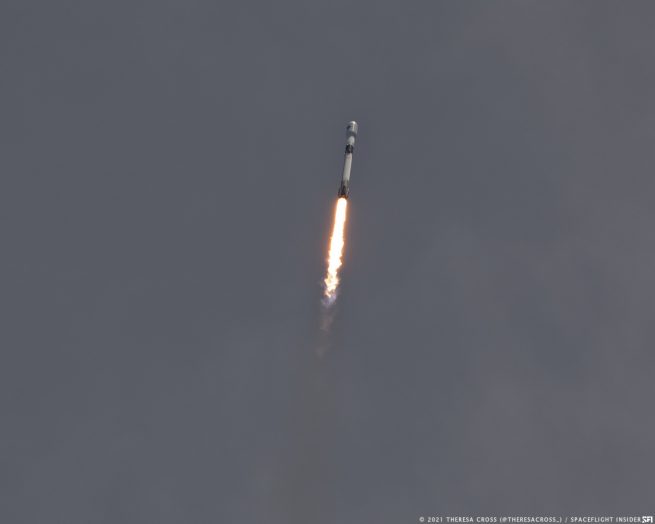 “The GPS III program continues to make strides in modernizing the GPS constellation for the United States Space Force, maintaining the ‘gold standard’ for position, navigation and timing,” said Col. Edward Byrne, Medium Earth Orbit Space Systems division chief in a press release. “SV05 is not only the first-ever USSF satellite launched on a previously flown booster, but also is the 24th military-code (M-code) satellite introduced to our constellation, the last needed to bring M-code to full operational capability.”

M-code is an encrypted, anti-jamming military GPS signal that provides the U.S. military and its allies with more-secure navigation solutions.

The GPS lll satellite was containerized within a fairing in June at Astrotech Space Operations’ Florida facility before launching atop the previously flown Falcon 9 first stage, core B1062. This booster flew a previous GPS lll mission in November 2020.

Today’s launch represents a 224-day turnaround for this booster, and was the first time a reused Falcon 9 has been utilized for a national security payload.

According to Walter Lauderdale in an article for Air Force Magazine, the U.S. Space Force’s deputy mission director, reusing a booster for the first time amounted to “a little bit of extra analysis.”

“Since we’re using the same booster again, we didn’t have to look at all the build paperwork for a first flight — we just had to look at what [SpaceX] did for refurbishment,” Lauderdale said in the June 14 article. “So the resources that we would’ve otherwise dedicated toward looking at the build paperwork, we were able to use that to apply toward looking at refurbishment processes.”

To meet worldwide coverage requirements, the GPS constellation requires a minimum of 24 satellites. Global coverage for the military’s newest M-code GPS signal will be fully operational as early as 2023 with the completion of a modernized ground-based operational control system.