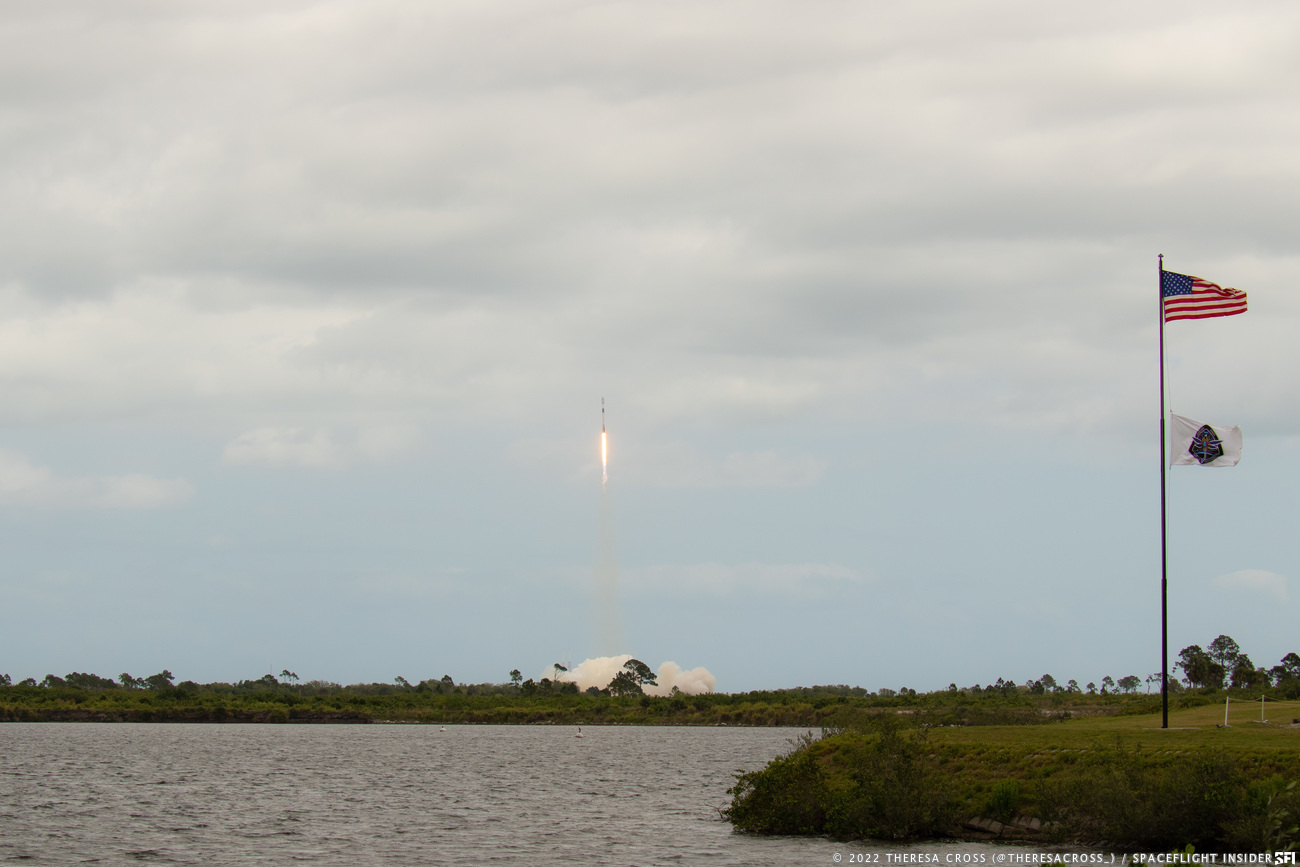 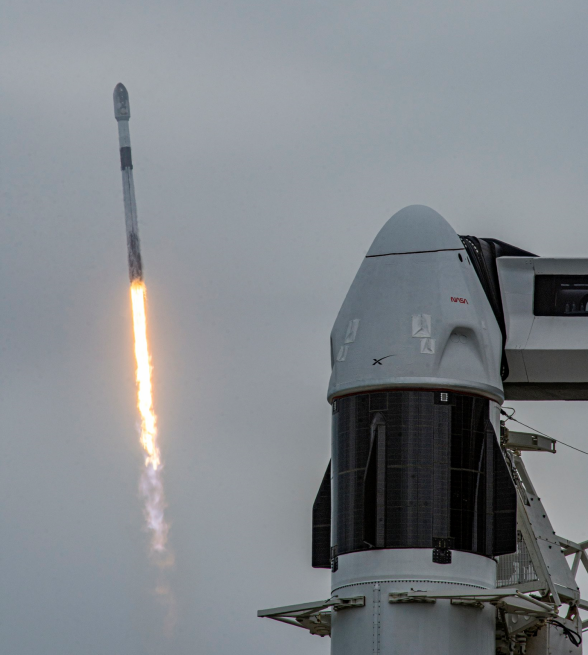 One Falcon 9 launches Starlink satellites while another sits on a nearby pad to in advance of its planned launch of Crew Dragon Freedom into space with four astronauts. Credit: SpaceX

The first stage of the Falcon 9, core B1060, flew its 12th mission, landing on SpaceX’s drone ship “Just Read The Instructions” approximately 390 miles (629 kilometers) downrange in the Atlantic Ocean.

SpaceX is also hoping to recover the two payload fairings used to protect the satellites during the first few minutes of liftoff. They are set to be recovered by another one of the company’s recovery ships, Doug, staged 400 miles (650 kilometers) downrange.

Today’s successful launch of 53 Starlink V1.5 satellites brings the total operational in orbit to more than 2,100.

Another SpaceX Falcon 9 is set to launch Crew Dragon Freedom and four Crew-4 astronauts to the International Space Station for a five-month stay. However, liftoff for that mission is dependent on the undocking and return of the Axiom Space Ax-1 crew, which has been delayed due to poor weather in the recovery zones.

Ax-1 is currently scheduled to undock April 23 and splashdown off the coast of Florida April 24. Under that schedule, Crew-4 would likely not launch until at least April 26.