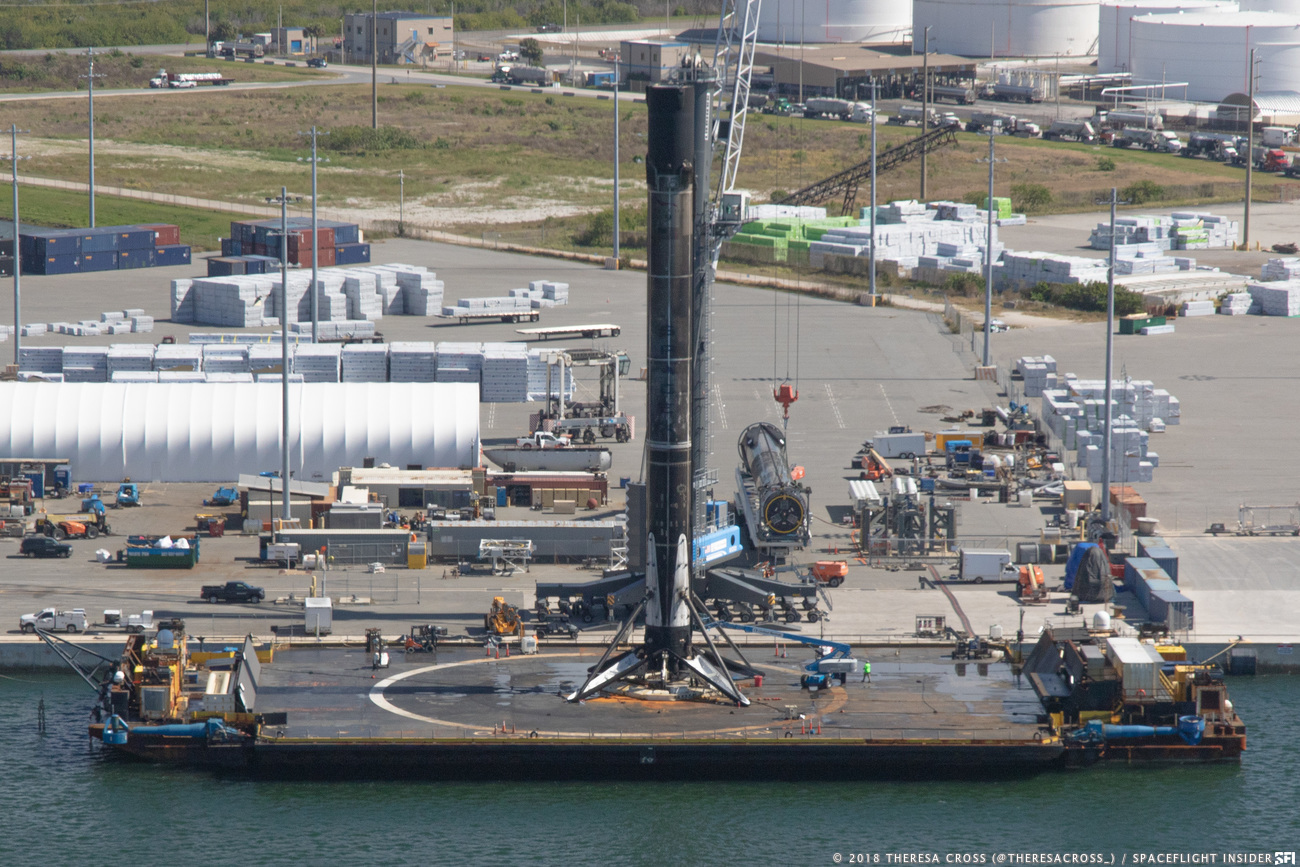 The brisk launch cadence of 2021 led to Port Canaveral SpaceX logistics staff having two Falcon 9 boosters dockside at the same time, on March 17, 2021 – a first in their re-flight processing program. Photo: Theresa Cross

SpaceX reached another significant ‘high cadence capability’ milestone this week, when two of their Falcon 9 first stage boosters were seen to be present and in the initial steps of post-flight processing at the Port Canaveral dock. This is the first time that two recovered boosters have been dockside at the same time. 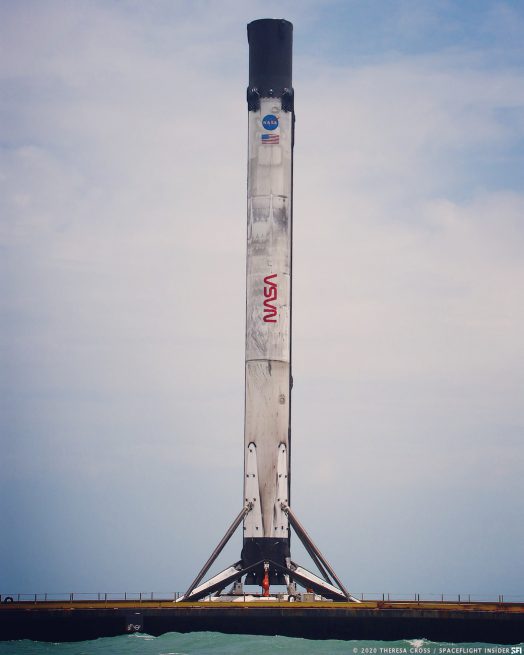 Since May 2018, when the current variant of Falcon 9 Full Thrust (Block 5)began flying, Elon Musk has said that the rocket booster should theoretically be able to fly up to 100 times. Although not widely known by the public, many aspects of these life-leader veteran boosters’ wear patterns and operational component fatigue are still being discovered, with refurbishment and replacement of certain parts of the rocket being considered following in-flight incidents or loss of vehicle (RUD, or rapid unplanned disassembly) events.

SpaceX has also recently begun limiting the amount of pre-launch static fire testing, which will further reduce wear and tear on the first stage Merlin motors and related components.

By continuing to analyze and modify the required and best practice maintenance and refurbishment processes associated with refurbishment, it is almost certain that one of the most flown Falcon 9 rocket boosters hit the record setting tenth flight during the year.

Great to see. Maybe we will get internet service without the inefficiencies of Government.

Well done to the SpaceX team.

We continuously see people from our government talking about the need to provide high speed internet to everyone, Here we have the one person/company that are working towards exactly that. However at every turn there are roadblocks in place by the government that slow or restrict the process. At this exact moment in time there is No person or company positioned to provide this service better or faster so please GET OUT OF THE WAY! Could there be something better in the future? Sure, but for now lets work with what we have.