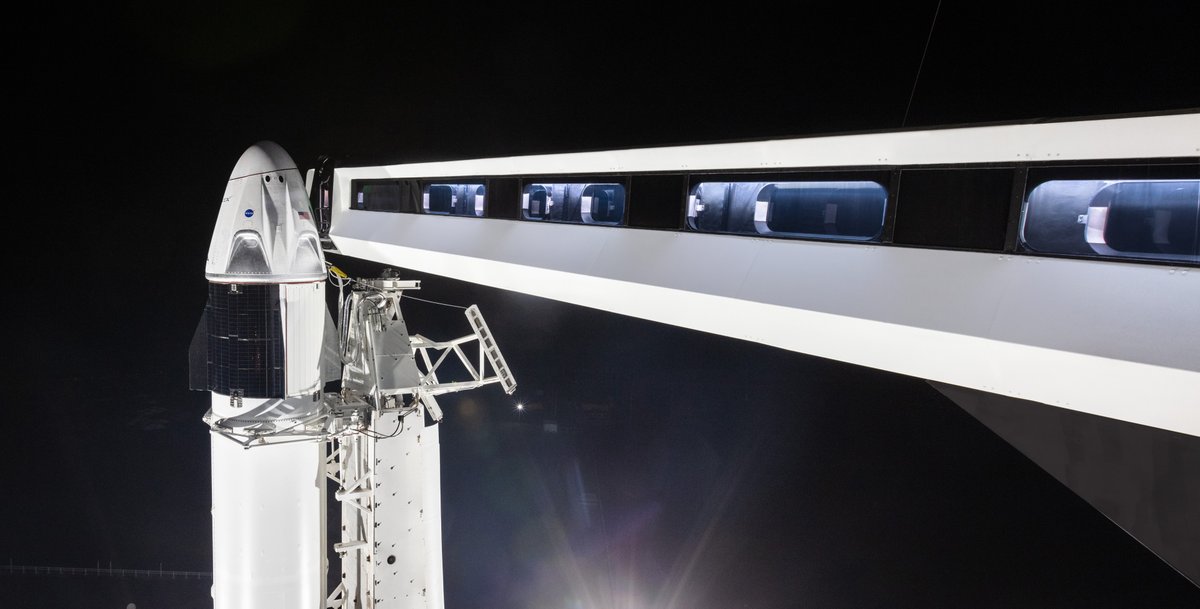 For the first time since 2011, a crew-rated spacecraft is standing on Launch Complex 39A. While it is just for fit checks, SpaceX’s Crew Dragon is aiming for a February 2019 at the earliest. Photo Credit: SpaceX

KENNEDY SPACE CENTER, Fla. — It is something SpaceX has done dozens of times before. However, this time the static fire test of one of the company’s Falcon 9 rockets heralded the potential approach of astronauts using one of these rockets to travel to the ISS.

On Thursday, Jan. 24 SpaceX lit the nine Merlin 1D engines roared to life on command and demonstrated that the Block 5 Falcon 9 was ready to support the unmanned Demo Flight-1 mission to the International Space Station.

SpaceX posted an update at 10:03 p.m. EST (15:03 GMT) on Twitter that the test fire had been completed successfully:

Currently scheduled to launch in February, Demo Flight-1 is designed to test out Crew Dragon’s capabilities through an unmanned flight to the International. The mission is one of the milestones required under the $2.6 billion contract SpaceX has signed with NASA.

NASA has not been able to launch people to space for eight years, ever since Space Shuttle Atlantis touched down at Kennedy’s Shuttle Landing Facility in the summer of 2011. It is hoped that by partnering with private industry that the US. gain regain this lost ability.

The importance of Demo Flight 1, which is currently slated to take place in February, was noted in an earlier tweet, this one made by SpaceX’s CEO, Elon Musk: “If [the] test flight of [Dragon] goes well next month, @NASA [astronauts] will [rocket] to @Space_Station this summer!”

Probably slip into March after launch and docking of Soyuz MS-12 on February 28 (U.S. time). Manned flight will always be priority as is restoring ISS to six crew.