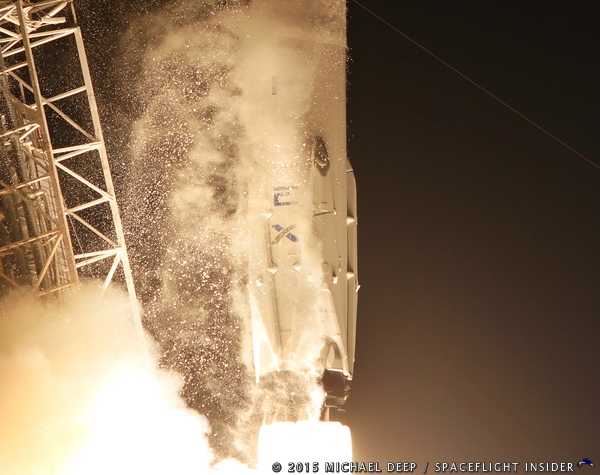 CAPE CANAVERAL, Fla — It appears that the launch of the TürkmenÄlem communications satellite might have to wait a week longer before being launched atop a SpaceX Falcon 9 v1.1 rocket. Unconfirmed reports have stated that an issue with the launch vehicle prevented the static test fire, the last milestone before the booster hoists its payload aloft. If accurate, this information might mean the satellite will not launch until March 28 at the earliest. No official launch date has been determined at this time.

Liftoff had been scheduled to take place on Saturday, March 21. The launch site, Cape Canaveral Air Force Station’s Space Launch Complex 40 in Florida, is where 15 of the total 16 launches that the Hawthorne, California-based firm has carried out since 2010.

The payload for this mission, the TürkmenÄlem spacecraft, is the first communications satellite for the nation of Turkmenistan. Built by French Thales Alenia per an agreement that was signed in 2011, the satellite has three antennas which will allow it to provide services to parts of Europe, Asia and Africa. It is hoped that the spacecraft will allow Turkmenistan to improve services such as internet and mobile communications.

Like other launch systems, the Falcon 9 has a series of procedures that has to be completed prior to taking to the skies. SpaceFlight Insider has reached out to SpaceX for more details; as soon as they are made available, we will provide them.

This mission is just one of possibly 13 that SpaceX has stated it will try to carry out during 2015. These flights run the gamut from test flights (aborts) of the company’s Dragon spacecraft, cargo resupply runs to the International Space Station and an array of commercial satellite launches such as this one.