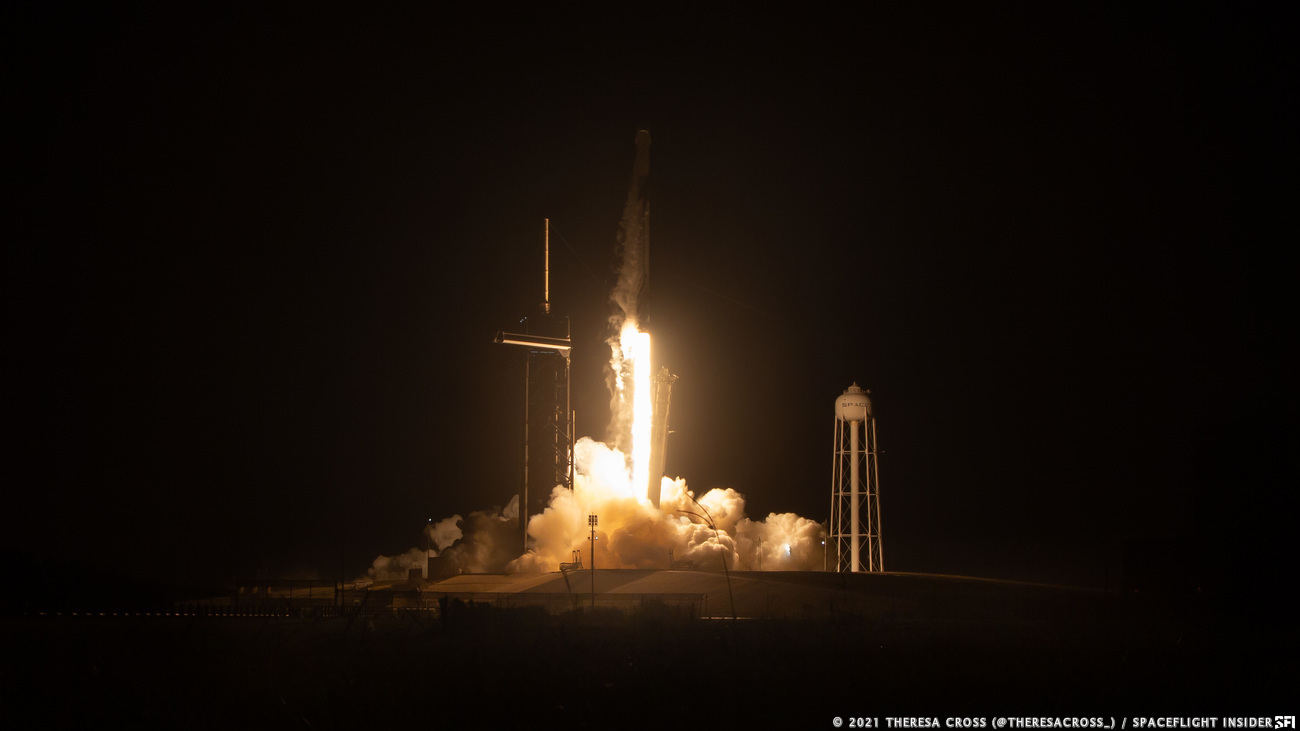 After a one-day delay due to weather, SpaceX launched its CRS-23 Dragon resupply spacecraft to the International Space Station during the early-morning hours of Sunday. 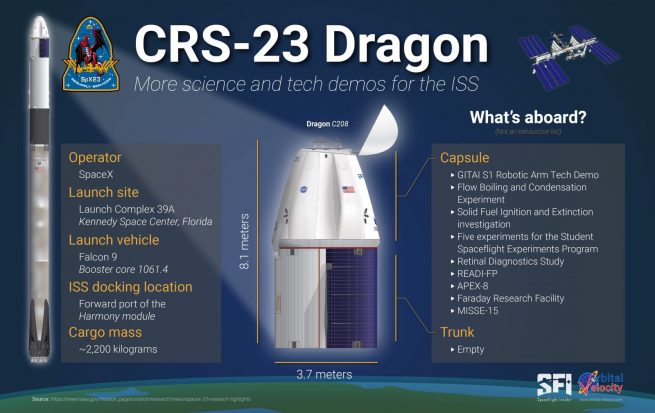 This comes a day after the mission’s first attempt was scrubbed due to weather just over 8 minutes before the planned launch. For Sunday, however, conditions were optimal for liftoff with only a 20% chance of a weather violation.

CRS-23 is using capsule C208, which is on its second flight. Its first was the CRS-21 mission, which concluded in January of this year.

The Falcon 9 first stage for this mission, B1061, was on its fourth flight. A static fire was performed on the booster’s nine Merlin 1D engines on Aug. 26, a routine exercise before launch day, which confirmed the vehicle was healthy and ready for today’s early-morning launch.

Following its 2.5-minute flight, the first stage separated from the second stage. Seconds later, the first stage began a pitch over and brief boostback burn to line itself up for a trajectory toward SpaceX’s new drone ship, A Shortfall of Gravitas, staged about 186 miles (300 kilometers) downrange from the launch site.

After an entry burn and then a landing burn, the first stage propulsively touched down on the football field-sized ocean-going platform at about 7 minutes, 50 seconds after leaving Florida. 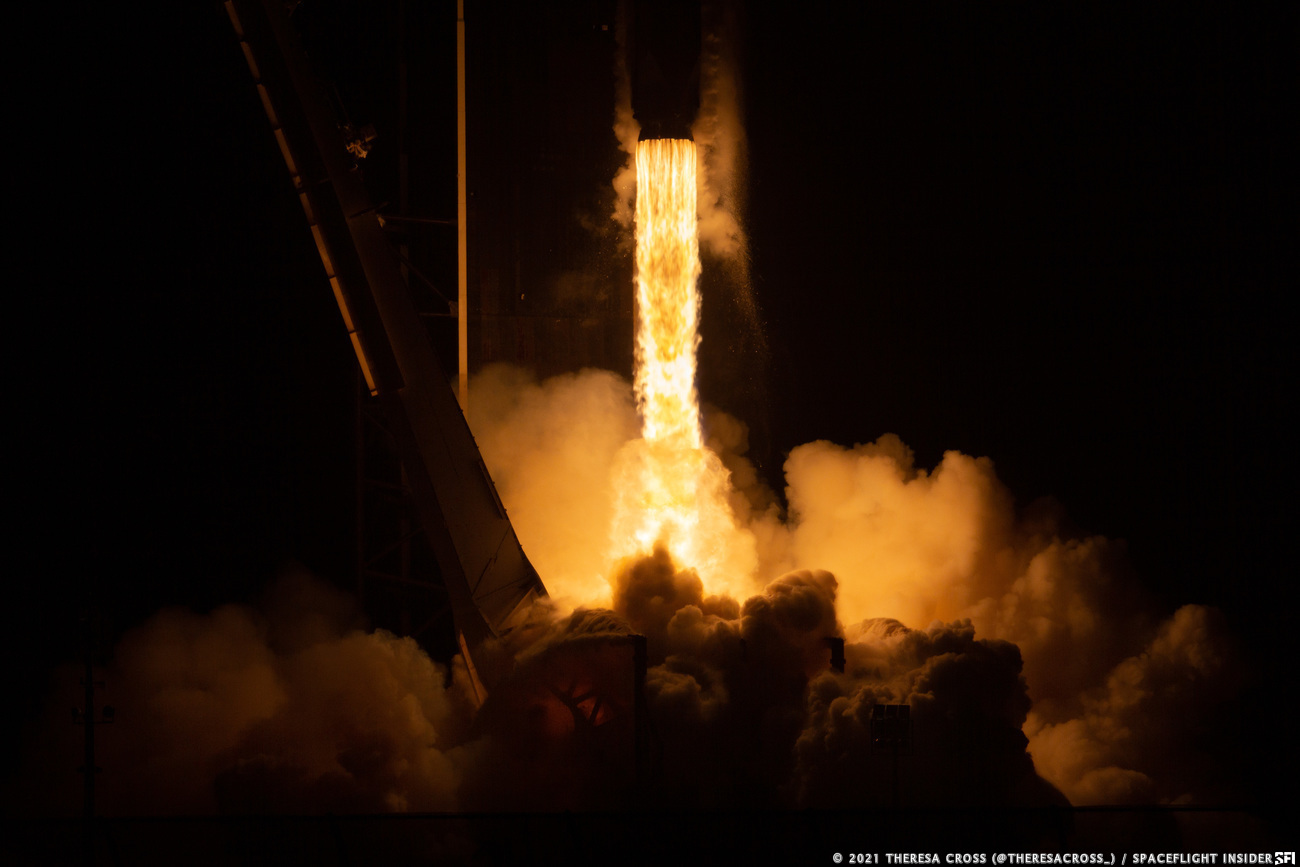 The second stage of the Falcon 9, meanwhile, finished the process of placing the CRS-23 Dragon spacecraft into orbit, burning its lone Merlin Vacuum engine starting a few seconds after detaching from the first stage and continuing until about 8.5 minutes after launch.

Two minutes later, the cargo vehicle separated from the second stage to begin its chase of the International Space Station. 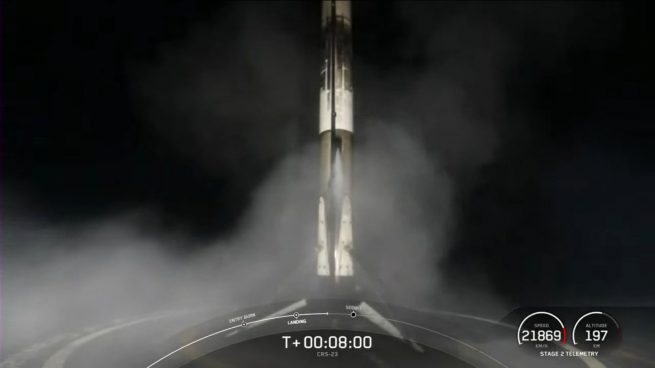 The autonomous cargo spacecraft is scheduled to arrive at the orbiting laboratory at 11 a.m. EDT (15:00 UTC) Aug. 30, docking with the forward port of the Harmony module.

Over its month-long stay at the ISS, the seven-person Expedition 65 crew is expected to unload the cargo from the spacecraft before reloading it with equipment and science bound for a return to Earth.

Today’s launch marks the 21st SpaceX Falcon 9 mission of 2021 and breaks a cycle of no launches for the company over the past 8 to 9 weeks.

Among the reasons for the lull can be attributed to an upgrade to flight termination systems on the Space Coast’s Eastern Range as well as the decision to add laser link thermals on all future Starlink satellites for SpaceX’s internet constellation.

This was SpaceX’s third launch under NASA’s second Commercial Resupply Services launch contract, the 23rd resupply Dragon overall and the first propulsive landing for the A Shortfall of Gravitas drone ship. It was also the 124th Falcon 9 launch since 2010.