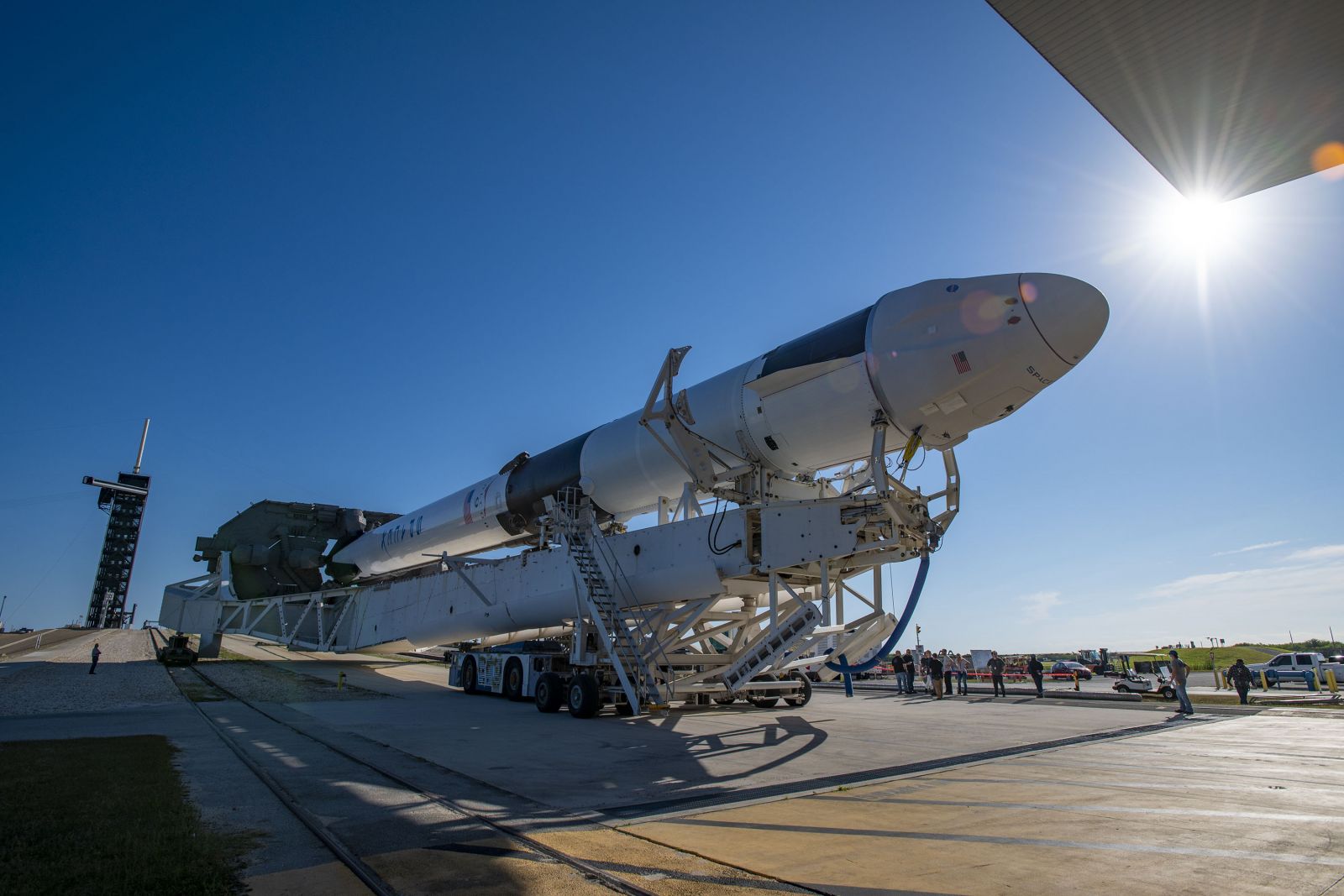 The Falcon 9 rocket with the CRS-22 Dragon capsule is rolled out to Launch Complex 39A at NASA’s Kennedy Space Center in Florida. Credit: SpaceX

SpaceX is set to launch its next resupply mission to the International Space Station, CRS-22, bringing the outpost fresh science and new solar arrays.

The mission is planned to launch atop a Falcon 9 rocket from Launch Complex 39A at NASA’s Kennedy Space Center in Florida during in an instantaneous launch window at 1:29 p.m. EDT (17:29 UTC) June 3, 2021. The CRS-22 Dragon capsule will then rendezvous and autonomously dock with the station at about 5 a.m. EDT (9:00 UTC) June 5, where it is expected to remain for approximately one month before being loaded with experiments and hardware for return to Earth. 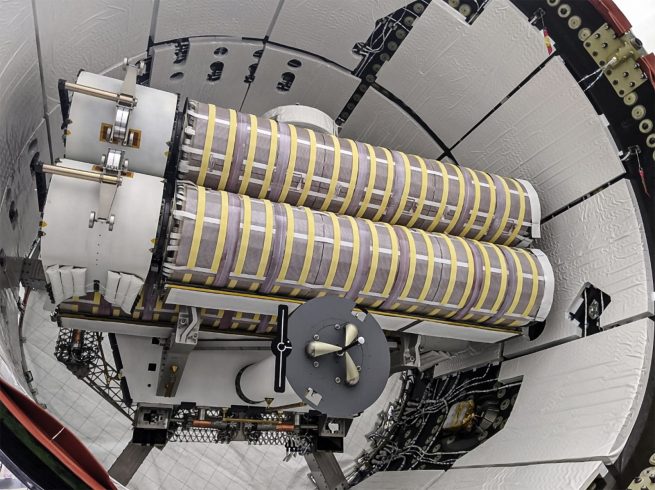 The first two of the ISS Roll Out Solar Arrays sit packed inside the SpaceX CRS-22 Dragon capsule’s unpressurized trunk before integration with the Falcon 9 rocket. Credit: NASA

Among the mission’s 3,328 kilograms of cargo includes living organisms to support scientific experiments in microgravity, including tardigrades (also known as water bears), and baby Bobtail squid. The experiments aim study the impact of microgravity on animal microbe symbiosis, as well as the effect of microgravity and radiation on tardigrades, an ultra-resilient species known to be able to survive in the harshest environments.

“Tardigrades are renown for their ability to withstand a number of extreme stresses,” Thomas Boothby, an assistant professor of molecular biology at the University of Wyoming and the principal investigator on the tardigrade experiment, spoke on the experiment during a press call. “Importantly for this mission, they’ve been shown to survive and reproduce during spaceflight and can even survive prolonged exposure to the vacuum of outer space. We’re going to be recovering those animals and looking at what genes they’ve turned on and off while aboard the ISS to get a sense of how they’re coping with the stresses.”

The mission will also be carrying the station’s newest expansion, the ISS Roll Out Solar Arrays. Flying in the Dragon capsule’s unpressurized trunk will be the first two of six planned roll out arrays. The panels will be installed and rolled open during a spacewalk currently planned for later this month.

These panels will ultimately supplement the existing rigid solar arrays, increasing the energy available for research and other activities, to include future commercial expansion of the station. 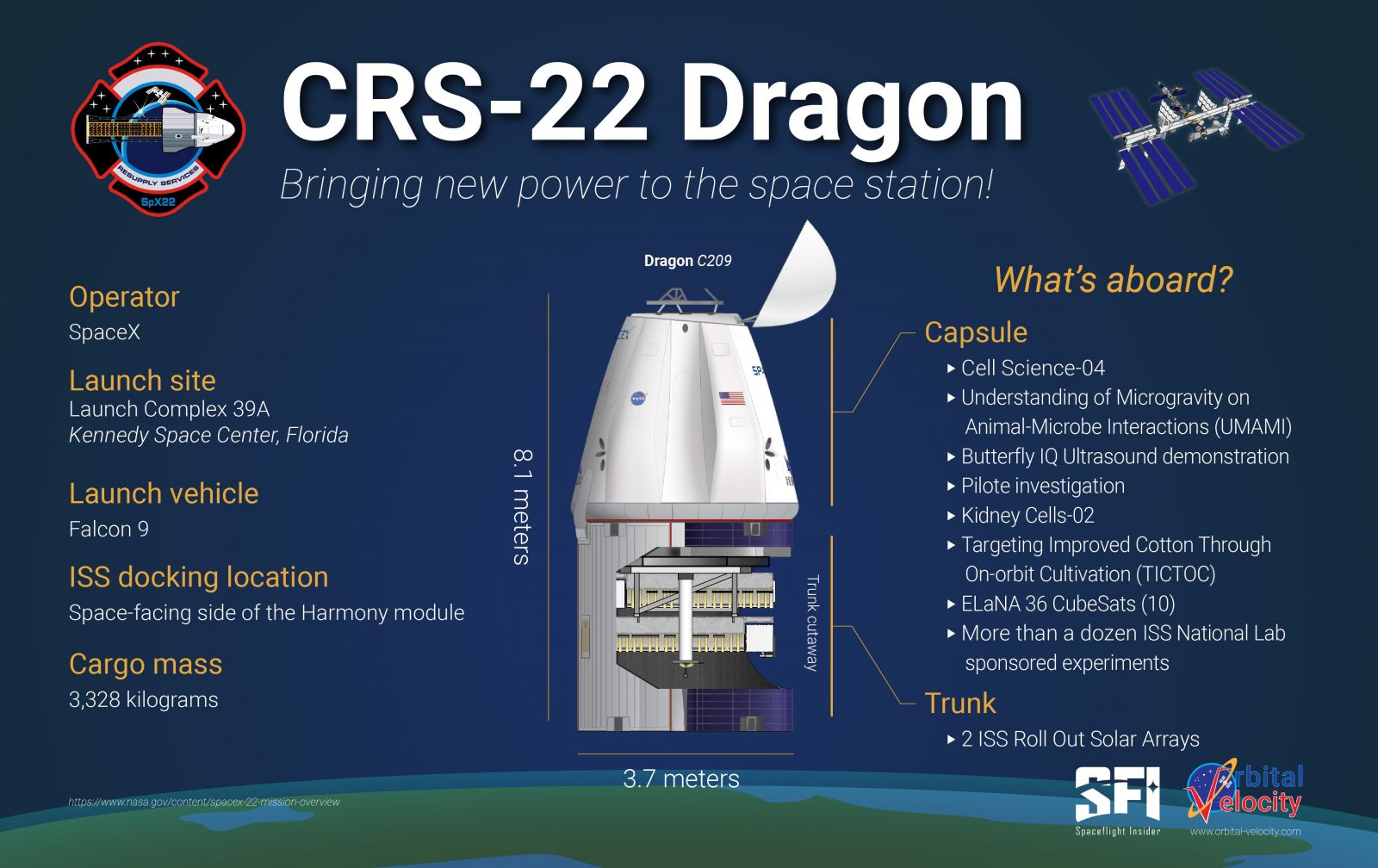 An infographic over some of the items aboard the CRS-22 Dragon spacecraft. Credit: Derek Richardson / Spaceflight Insider / Orbital Velocity