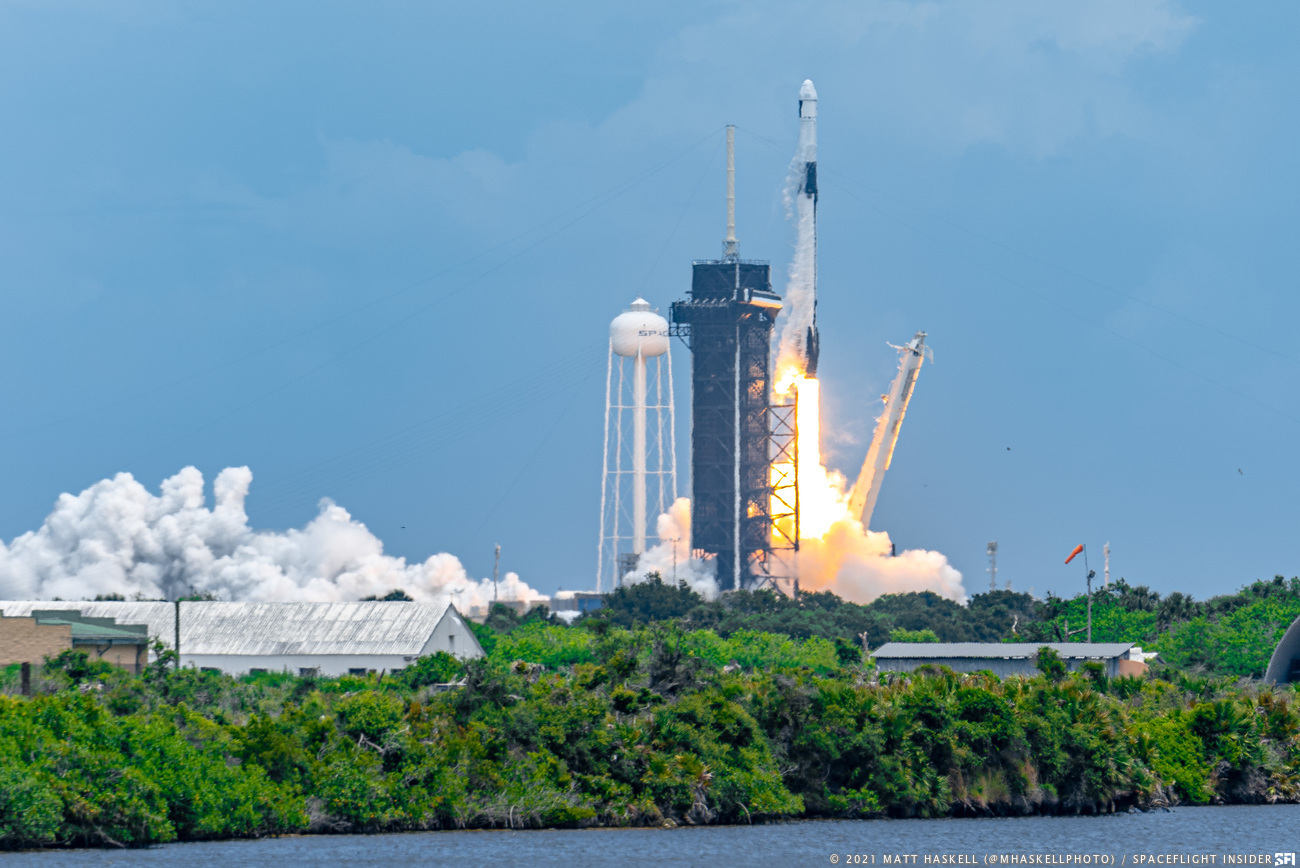 Lifting off atop a brand new Falcon 9 rocket, SpaceX sent its CRS-22 Dragon spacecraft into orbit on a day-and-a-half trek to the International Space Station.

Launch took place at 1:29 p.m. EDT (17:29 UTC) June 3, 2021, from Launch Complex 39A at NASA’s Kennedy Space Center in Florida. Aboard the cargo Dragon is over 7,300 pounds (3,300 kilograms) of cargo for the ISS, including a multitude of science experiments. Among the cargo is an expansion of the station’s power capabilities in the form of the first two of six new Roll Out Solar Arrays. 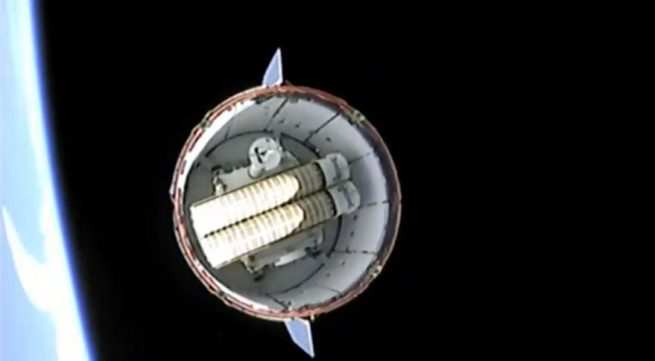 It is expected to take approximately 40 hours from launch to arrive at the station. An autonomous docking with International Docking Adapter 3 on the space-facing side of the Harmony module is expected around 5 a.m. EDT (9:00 UTC) June 5.

Following launch, the first stage of the rocket landed successfully aboard SpaceX’s autonomous drone ship “Of Course I Still Love You.” This particular booster, B1067, was on its first flight. This was the first Falcon 9 launch of 2021 with a new booster.

CRS-22 Dragon is expected to remain at the space station for about a month before being loaded with experiments and equipment returning to Earth.

During its stay, the iROSA solar arrays are expected to be removed from Dragon’s trunk using the robotic Canadarm2. During two spacewalks (the first of which is scheduled for June 16) two Expedition 65 astronauts are scheduled to install the arrays on the P6 truss segment, which has the two oldest solar array wings aboard the outpost.

The original arrays on the truss (there are eight) were given an on-orbit life of about 15 years. Over the years, the harsh environment of space has slowly degraded the solar cells on the existing arrays and collectively they are currently generating up to 160 kilowatts of power, according to NASA.

Once all six iROSA arrays are installed (the other two pairs are expected to be launched next year), the power production aboard the outpost is expected to be boosted to about 215 kilowatts.