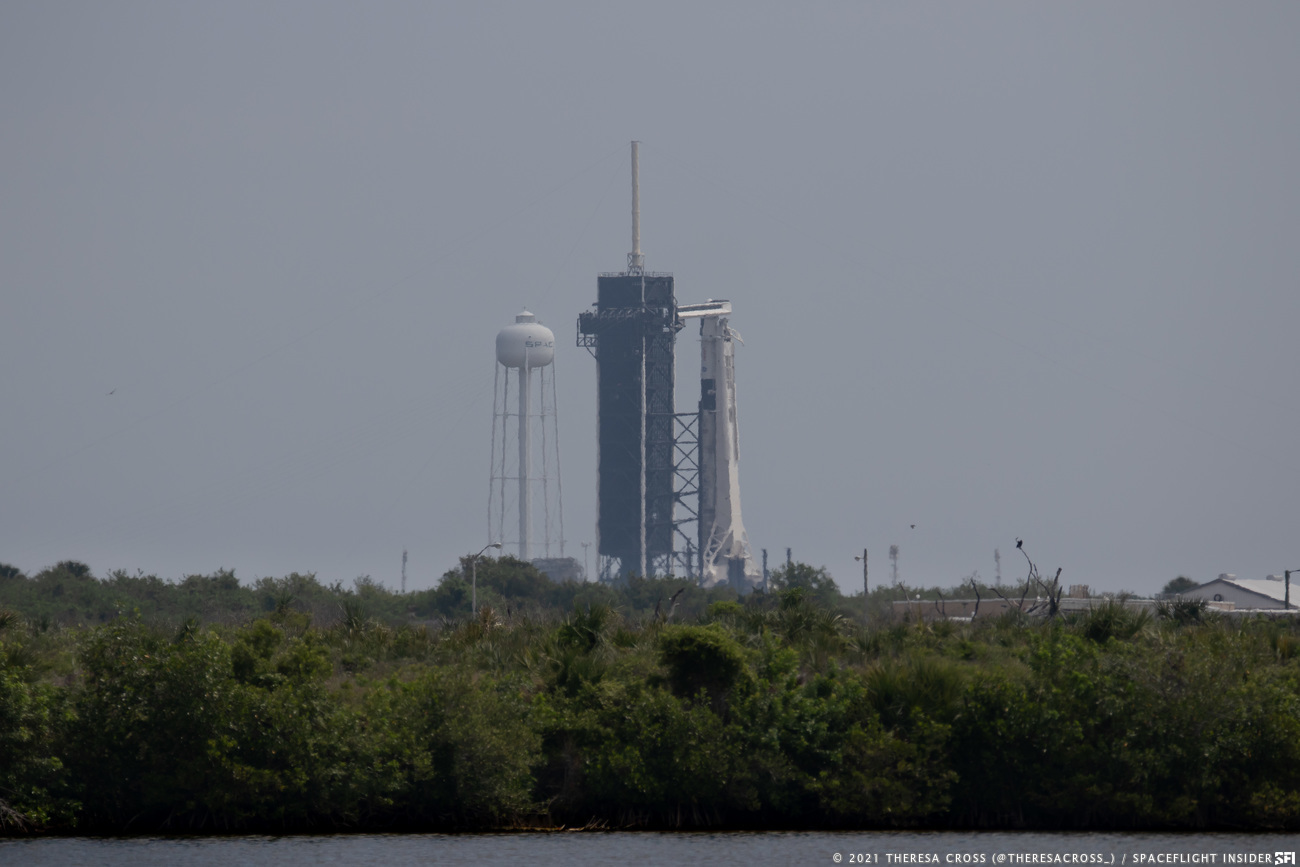 The Falcon 9 with the Crew-2 Dragon, Endeavour, on Launch Complex 39A. Credit: Theresa Cross / Spaceflight Insider

SpaceX and NASA have delayed the Crew-2 Dragon mission’s launch to the International Space Station by a day because of weather concerns.

While weather was expected to be favorable at the launch site in Florida for April 22, conditions were unfavorable along the various recovery areas downrange in the unlikely event of a launch abort.

Liftoff of Crew Dragon Endeavour with its four-person crew is now slated for 5:49 a.m. EDT (09:49 UTC) April 23, 2021 at Kennedy Space Center’s Launch Complex 39A. The 45th Weather Squadron is predicting a 90% chance of favorable conditions for launch for this attempt with the primary area of concern being liftoff winds.

Launching aboard Crew-2 Dragon are NASA astronauts Shane Kimbrough and Megan McArthur as well as Japan Aerospace Exploration Agency astronaut Akihiko Hoshide and European Space Agency astronaut Thomas Pesquet. They are slated to dock with the ISS a day after launch and will spend about six months aboard the orbiting laboratory.

The Crew-1 astronauts will return to Earth in Crew Dragon Resilience about a week after the arrival of Crew-2. 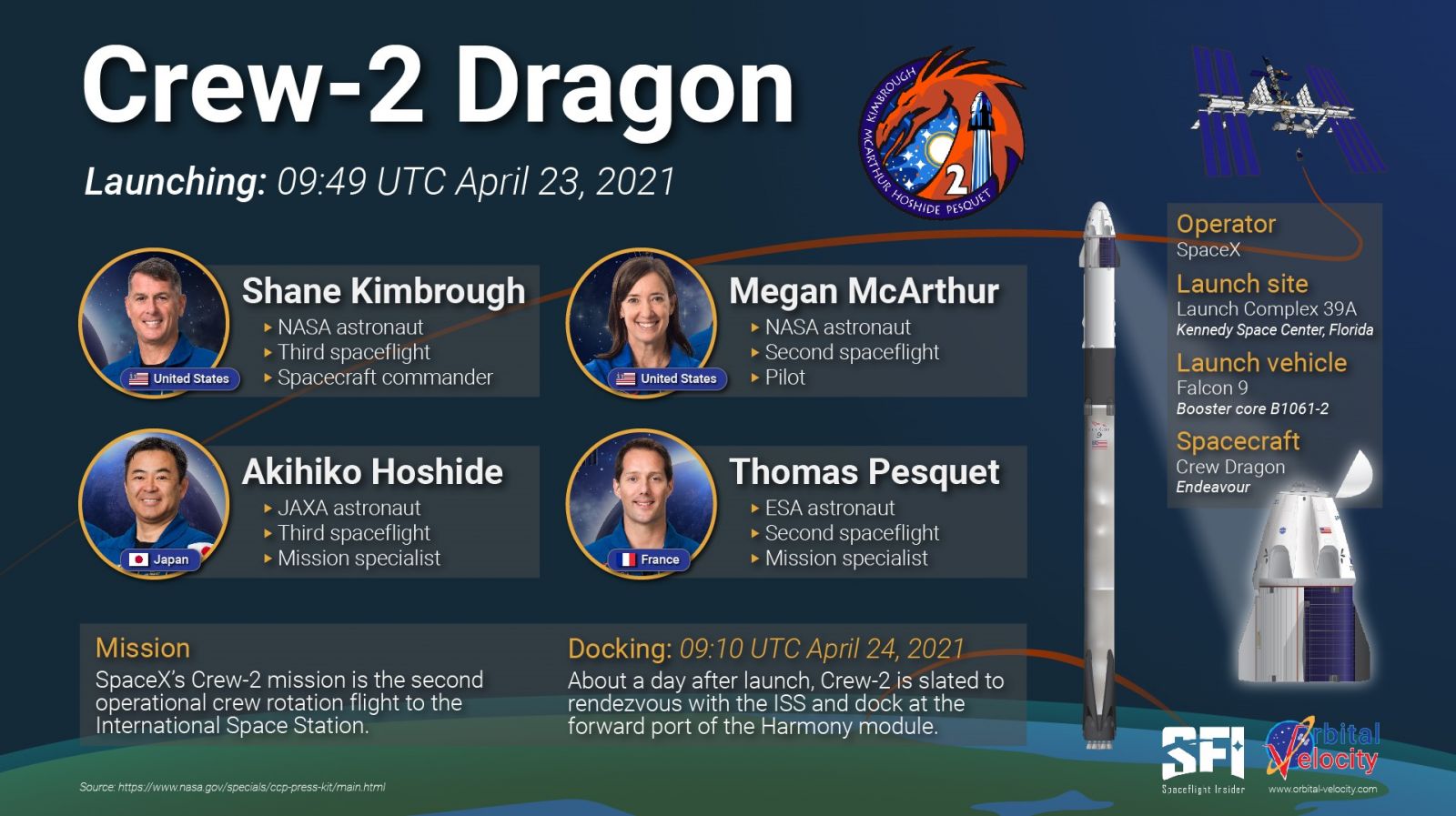