SpaceX continued to set records in 2018

With 2017 seeing SpaceX set a company record of 18 launches in a single year, the California-based launch provider looked to 2018 to build on that success.

Indeed, SpaceX President Gwynne Shotwell noted that the company’s goal for the new year was to increase 2018’s launches to 30-40 missions, which would have been a significant bump over the previous year’s pace. Though the company did surpass 2017’s high water mark, it did so with a more modest gain, finishing the year with 21 successful launches. 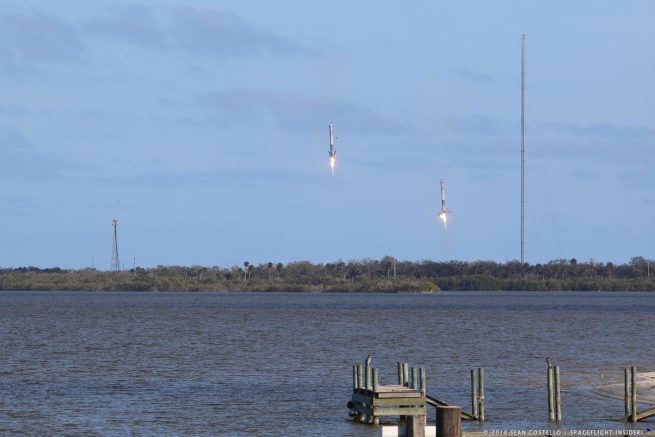 While the company’s launch numbers fell short of the ambitious projections, SpaceX nonetheless completed the year with several records added to their resume, along with a few firsts.

Kicking off SpaceX’s 2018 manifest was the launch of the mysterious classified Zuma satellite and the third national security payload handled by the company. The mission, which launched Jan. 7 from Space Launch Complex 40 at the Cape Canaveral Air Force Station if Florida, appeared to complete nominally.

However, rumors began to circulate insinuating that the satellite deployment had failed. Due to the secretive nature of the mission, there was never been a firm confirmation as to the satellite’s status. Regardless of the state of the payload, it appears that SpaceX’s Falcon 9 performed flawlessly in its first mission of the year.

Less than a month later, the company’s oft-delayed Falcon Heavy rocket made its debut in SpaceX’s third mission of the year. The rocket, topped with SpaceX CEO Elon Musk’s Tesla Roadster encapsulated in the payload fairing, roared to life on Feb. 6, putting on an impressive display for an estimated 100,000 spectators on the Florida coast.

The mission saw the first time two boosters landed simultaneously on land. However, the core stage ran out of propellant and impacted the ocean. Meanwhile, the payload was sent on a heliocentric trajectory that takes it slightly beyond Mars’ orbit. 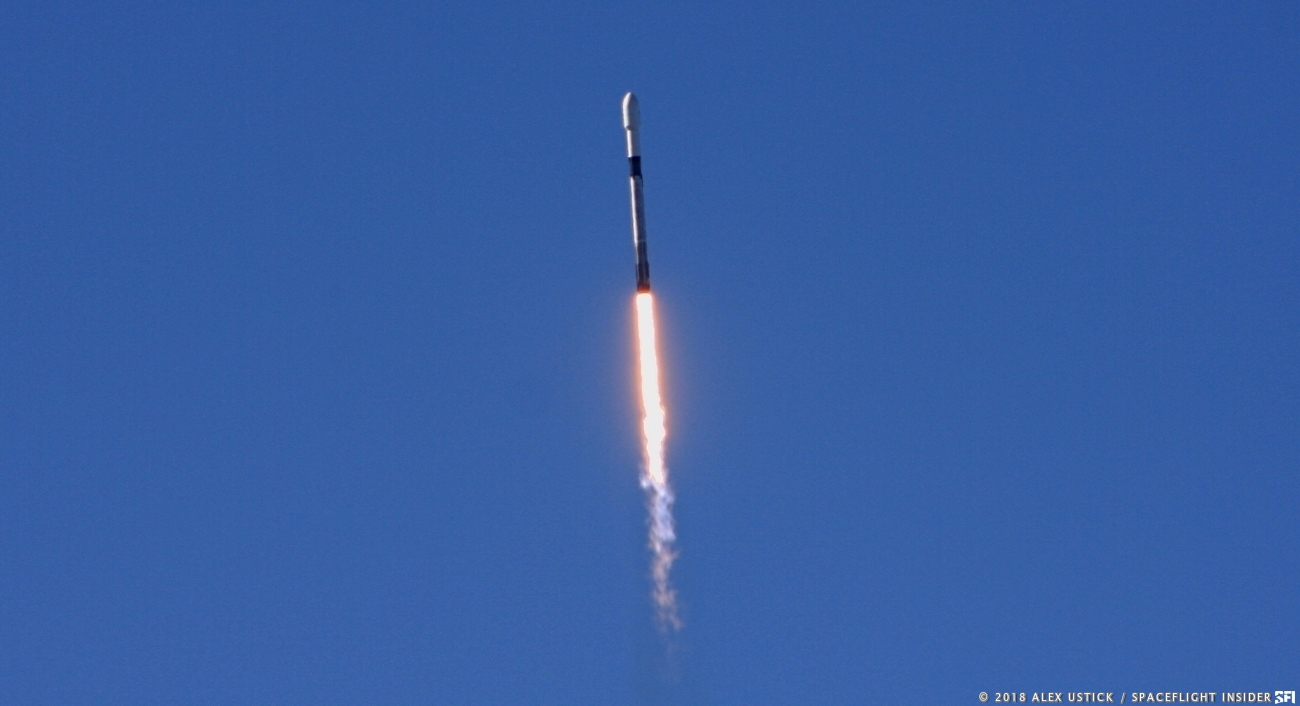 Later in February, SpaceX launched two of its own satellites as a co-manifested payload on a mission to launch Spain’s first spy satellite, Paz, from the launch complex at California’s Vandenberg Air Force Base. The two hitchhikers were technology demonstrators for SpaceX’s proposed Starlink satellite constellation, which aims to provide worldwide broadband internet service.

This mission also marked SpaceX’s first attempt to catch a descending payload fairing in the recovery net of the Mr. Steven crew boat, though it failed to do so. 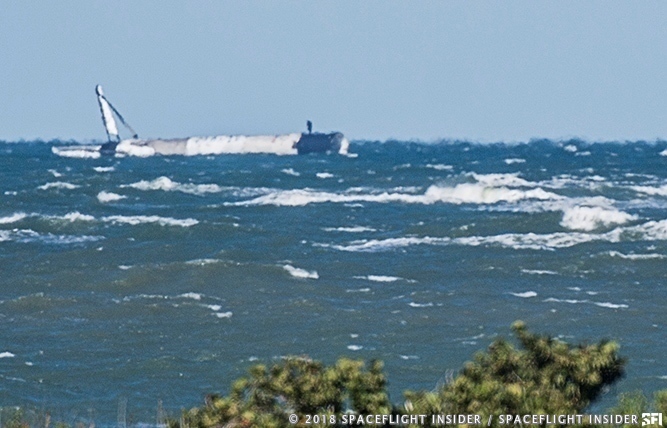 Though SpaceX had been launching at a rapid rate for the first half of the year, the company carried out only one launch per month from August through November. Nevertheless, some of those launches were noteworthy for their accomplishments, and in one case, the lack thereof.

In August, on the company’s fifteenth liftoff of 2018, SpaceX marked the first re-flight of their highly-reusable Block 5 version of the Falcon 9. This mission saw the Indonesian Merah Putih telecommunications satellite lofted by the same booster that had launched the Bangabandhu-1 satellite just three months earlier.

October saw SpaceX’s 17th launch of the year, and the company’s first ground recovery of a booster launched from Vandenberg Air Force Base.

As the year came to a close, SpaceX targeted three missions for December, and each of them would be marked by something notable for the company.

SpaceX’s first launch of December 2018 would see the company set a record for the largest number of satellites deployed by a US launch provider. The SSO-A mission had 64 satellites deployed to a sun-synchronous orbit, and was the first time a booster had been used on three flights. 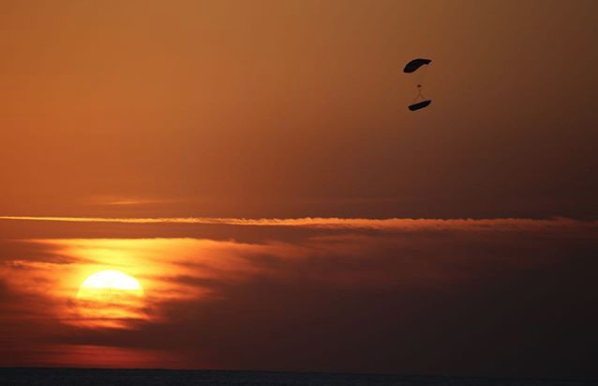 SpaceX tried multiple times throughout 2018 to catch Falcon 9 payload fairings. None were caught, however, many were pulled out of the water mostly intact upon a soft parachute assisted descent. Photo credit: Elon Musk / Instagram

The company’s penultimate mission of the year — the delivery of supplies to the International Space Station as part of the SpaceX’s contract with NASA — was noteworthy in what it didn’t do: successfully recover the booster.

This marked the first time that a land recovery failed when one of the steerable grid fins became stuck and could not provide adequate control authority over the descending vehicle. As such, the booster did not make the needed pitch over toward the landing pad and instead attempted a water landing.

Upon reaching the water, the booster fell over intact and SpaceX was able to recover it from the ocean within days. While the full stage is unlikely to be reflown, parts of it almost certainly will.

SpaceX closed out 2018 with the launch of the United States Air Force’s GPS III spacecraft. This marked the first launch by SpaceX under the Evolved Expendable Launch Vehicle (EELV) program, something that had heretofore been the domain of the company’s chief competitor, United Launch Alliance. This mission marked the 21st launch of the year for SpaceX, which accounted for nearly 62 percent of all U.S.-based orbital flights. Indeed, only China’s national space program launched more rockets than SpaceX.

As the company continues to mature and refine its launch and recovery operations, and stand up its crewed spaceflight program, it is easy to assume that 2019 will see SpaceX set more records and rack up more notable achievements.

The maintain flight of Falcon Heavy. Video courtesy of SpaceX