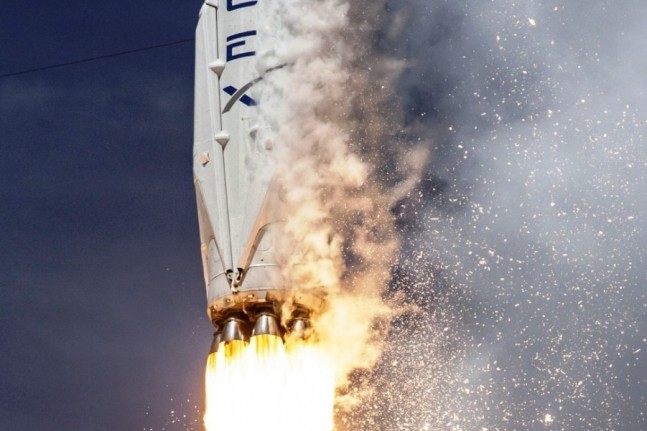 CAPE CANAVERAL, Fla — Space Exploration Technologies (SpaceX ) has successfully completed a Static Fire test of the company’s Falcon 9 v1.1 launch vehicle that has been tasked with sending the TurkmenistanSat or TürkmenÄlem satellite to orbit. The test took place on Wednesday, April 22, at the company’s launch site at Cape Canaveral Air Force Station’s Space Launch Complex 40 (SLC-40) in Florida. This flight will mark the second non-NASA payload and the third private satellite overall that the company has sent aloft this year.

Liftoff is scheduled to take place at 6:14 p.m. EDT on Monday, Apr. 27, with the launch window lasting for approximately an hour and a half.

The TürkmenÄlem spacecraft that comprises the Falcon 9’s payload for this mission will be the first telecommunications satellite for Turkmenistan and was constructed by French Thales Alenia.

With Monday’s flight, the Falcon 9 will have racked up 18 launches to date and five in the past year alone. However, the Hawthorne, California-based company appears to have no interest in slowing down. On May 5, SpaceX is planning to conduct a pad abort test of the firm’s Dragon spacecraft from SLC-40. The company also plans to conduct the first flight of the company’s Falcon Heavy booster from Kennedy Space Center Launch Complex 39A later this year.

So this will the fourth flight this year or 4 flights in the last 12 months? Good article….

Thanks Jason! You appear to be the only place that reported on this.