SpaceX could be certified with the U.S. Air Force by Dec. 1 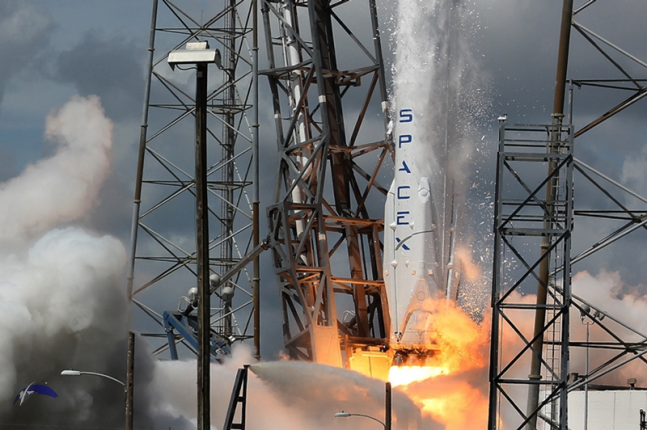 It has been a long process, but California-based Space Exploration Technologies (SpaceX ) might soon be certified for military launches, according to the head of U.S. Air Force Space Command Gen. John Hyten.

At the Air Force Association’s Air and Space conference on Tuesday, September 16, Hyten said, “Like every American, I love competition. I love entrepreneurs who take chances and put out the risk. And I want you to know I root for SpaceX to come into the competition.”

Hyten is hopeful they will be certified by Dec. 1, but he cautioned that if SpaceX isn’t ready, the Air Force will “have to stand up and say that.”

In reality, the date may be optimistic. Though SpaceX may have been hoping to get certified in time to compete for the upcoming National Reconnaissance Office mission, NROL-79, it appears to be an uncertain, though not impossible, outcome. At the same conference, Air Force Secretary Deborah Lee James emphasized that the certification isn’t done yet.

“There are gateways that need to be passed through, there are data that must be analyzed and we must assure ourselves that a new entrant like SpaceX can do the mission and do it in the right way,” she said. She also noted that several target dates have been given over time, which have been between the end of 2014 and the end of the first quarter of 2015.

The Dec. 1 target may be the beginning of a plausible window rather than a realistic deadline. Two months ago, the U.S. Air Force recognized the company’s Falcon 9 booster as successfully completing three flights, a signification certification requirement. This major milestone was considered a turning point in the process. SpaceX has been vying for certification, and therefore the ability to compete for military rocket launch contracts, since 2011.

In April 2014, the company filed a lawsuit against the U.S. Air Force over their no-bid contract with United Launch Alliance (ULA) for Evolved Expendable Launch Vehicle (EELV) rockets. The decision to file, according to SpaceX, was “made only after all other avenues were exhausted” in “simply seeking the right to compete.”

They followed up the lawsuit with an injunction against ULA for the use of Russian-built RD-180 engines amid U.S. sanctions against Russia. The injunction was lifted just over a week later.

SpaceX has ramped up their launch activity recently, with five successful launches of the Falcon 9 so far this year and another nine listed on their manifest for 2014 (although it is more likely that the company will, at most, launch just twice more this year). With just seven launches total in the previous four years, this is a significant uptick. The company was also chosen earlier this week, along with Boeing, for NASA’s Commercial Crew Program to build vehicles to ferry astronauts to the ISS.

I certainly hope when the Atlas V is re engined it will have to go through the entire process the Falcon did before it can carry a government payload again.