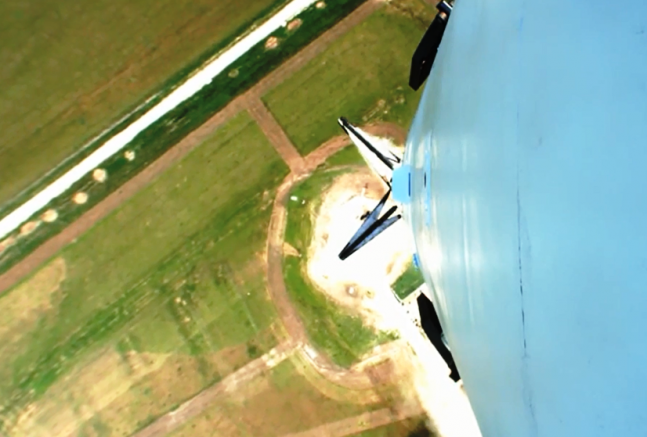 SpaceX has released a video of their Falcon 9R Reusable Development Vehicle (F9R) flight test at their McGregor, Texas facility.  This was the first flight test of the rocket’s steerable fins that control the rocket during flyback. The fins deploy on the Falcon 9R a minute and fifteen seconds into the flight as the booster ascends some 1,000 meters into the air only to return to its previous position on the pad. SpaceX mentioned that the future flight tests of F9R will take place in Las Cruces, New Mexico where they will allow it to fly at a higher altitude. The F9R is a step towards completing their Grasshopper program by next year.

Elon Musk, CEO of SpaceX, has stated hopes of retrieving the first stage of the Falcon 9 v1.1 rocket to use for the next flight, something that, to date, no other company currently does. Musk’s has said that his firm’s ultimate goal is sending humans to Mars which is something he believes will happen in the next ten to twelve years.