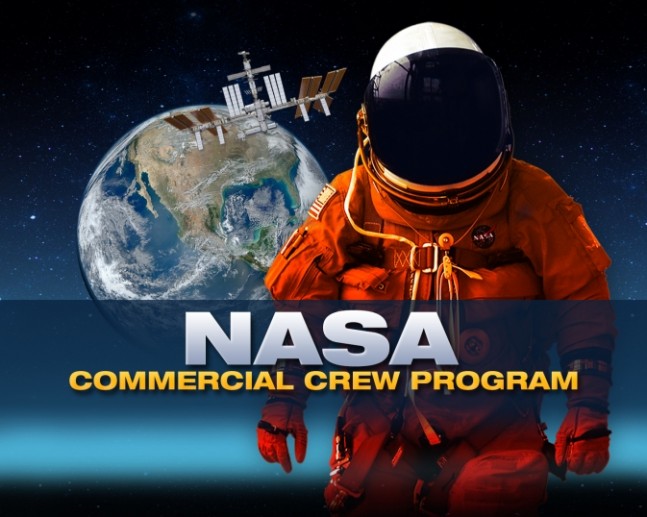 TORONTO, Canada — As reported on SpaceflightNow.com, NASA directed both Boeing and Space Exploration Technologies (SpaceX ) to cease all production efforts on the two companies’ developing commercially-produced spacecraft. Last month, both were awarded contracts under NASA’s Commercial Crew Program (CCP) to develop vehicles that will ferry astronauts to and from the International Space Station (ISS). All activities under these contract will be temporarily stopped to allow the U.S. Government Accountability Office the time to review a protest filed by Sierra Nevada Corporation.

Sierra Nevada was competing against Boeing and SpaceX for a share of the $6.8 billion CCP contracts. The contracts will cover all phases of development as well as testing and operational flights. Each contract will cover a minimum of two flights and a maximum of four, with each agency required to have one test flight with a NASA representative on board.

On Sept. 16, NASA announced who the winners were of the Commercial Crew Transportation Capability (CCtCAP) contracts. Sierra Nevada then filed a protest with the GAO on Sept. 26, and issued a statement saying the protest was asking for: “a further detailed review and evaluation of the submitted proposals and capabilities.”

According to NASA’s Public Affairs Office, this legal protest stops all work currently being done under these contracts. However, officials have not commented on whether-or-not the companies can continue working if they are using private funds.

The GAO officially has until Jan. 5 to rule on the protest, but could issue their response in as little as a few weeks. If the GAO decides in favor of Sierra Nevada, NASA could either re-compete the contracts or change its decision. As part of their challenge, Sierra Nevada stated the following: “there were serious questions and inconsistencies in the source selection process.”

In a press release, Sierra Nevada said: “SNC believes the result of further evaluation of the proposals submitted will be that America ends up with a more capable vehicle, at a much lower cost, with a robust and sustainable future.”

NASA has yet to release any contract specifics and has not revealed why Boeing and SpaceX were chosen over Sierra Nevada, who’s Dream Chaser spacecraft possesses the ability to conducted a controlled landing on a runway as opposed to Boeing’s CST-1oo or SpaceX’s Dragon V.2 – which splash down in the ocean. Dream Chaser, a lifting wing bodied design, is a mini shuttle which bears some resemblance to NASA’s retired fleet of orbiters.

Currently, both Boeing and SpaceX are on track to begin launching crews by the year 2017, but any delays as a result of this protest, may push that date back further.

NASA is slow walking SLS and commercial Crew deliberately by order of the current administration. Charles Bolden was put in place just for that.
This protest by SN is just what NASA wanted, another delay fell right in their lap.
According to some of my inside sources at KSC, Boeing and SN both scored way higher than Spacex, but for some odd reason Space x was chosen over SN, perhaps it’s because Space x is a favorite among the Obama administration. Just proves that if your company donated to the Obama campaign, you are due favors.
SN knows this, and that’s why they are protesting the outcome.
NASA awarded Commercial Crew with no allotted funding ?, what’s with that. and according to the Latest GAO report, NASA has plenty of money for SLS, but just not using the funding as directed.
NASA is not about space flight anymore, they have turned NASA into a earth sciences agency spewing out false data about global warming, and any other environmental schemes that promote this current administrations agenda.
Yes, NASA says their doing this and that and moving forward on space flight, but it’s all talk and very little action. they want the general public to think they are moving forward, but not in space flight.
NASA needs to get back to their roots, put Americans back to work, and stop paying Russia to keep their people employed.

Charles Bolden was not the President’s choice for NASA Administrator. The President wanted an Air Force guy that was pro commercial. Senator “monster rocket” Nelson wanted Bolden who also was a pro big rocket supporter. CONGRESS put Bolden in place, not the President. SpaceX was a favorite of the Bush Administration as it was his administration that brought SpaceX into the mix, not President Obama.

Don,
Bolden was appointed by Obama & confirmed by the U.S. Senate. Not sure why NewSpace supporters think they can rewrite history & won’t get called on it. Check your facts:

As to that nonsense Obama doesn’t support SpaceX? What was the ONLY launch complex he visited during his April 2010 visit? You guessed it – SLC-40 – where he hung out with Musk. Did he visit, LC-39A? SLC-37? SLC-41? Nope.

The problem with NewSpace is they think they can reinvent reality and no one will notice. We noticed.

The “Air Force guy” you suggest, was a rumor that was floated before Obama tapped Bolden.

While it is fine to support NASA’s current directive and to support the president. It’s not okay to mix together outdated rumors with a series of complete falsehoods to do so.

Thanks Infidel for setting the record straight. You are so very correct in stating these “NEW SPACE” people are always spinning the facts, I actually believe they are spacex trolls.

Nelson is just as bad as Bolden, I can’t understand how Nelson keeps getting re-elected, he is another one who is all talk and no action and in reality does nothing for KSC.

And Tom above is also right on. I think the majority of the aerospace community knows what’s going on and are sick of it. NASA is slow walking both programs deliberately. Nelson is in bed with Bolden and both of them are in bed with Obama.

Infidel – do you know why Obama went to that site, as opposed to the other ones? I will admit I don’t. So if you have proof, please share with the class

Ferris,
Do you know why he DIDN’T go to all of the other sites, which actually supported launches, manned and otherwise? Do you know why he snubbed every NASA employee and contractor, why they were NOT allowed to be at his speech? If so, please share it with the rest of the class.

I noted before you’ll often debate what the definition of “is” is. You’ll always try to muddy the waters to serve your agenda. I think I’ve seen your handle on other websites – you’re a NewSpace lobbyist. Which means you’re opinion – has been bought. Making it worthless.

Sorry, I’ve seen the endless back & forth you engage in, wearing those that point out the flaws in your ideology down.

So the rumor about an Air Force “guy” was more than a rumor. That doesn’t mean what Obama did at KSC 2010 – wasn’t a perfect moment where he showed just how much he thought of NASA and its history.

Obama’s decisions gutted NASA and destroyed the infrastructure at KSC. Please, earn your money, manipulate his actions to be something other than what it was. Debate the most thinnest of threads to serve your employer.

Obama asked Retired Air Force General to be NASA Administrator.
“U.S. President-elect Barack Obama has asked retired Air Force Maj. Gen. Scott Gration, one of his top foreign policy and military advisers during his campaign, to take the helm of NASA, according to a source informed of the selection.

An announcement is expected as soon as Wednesday. he would be the first NASA administrator in history to be announced before the inauguration of an incoming president.

Gration, a decorated fighter pilot who held senior policy positions in the military prior to his retirement, is a virtual unknown to the space community, but has some experience with NASA. In 1982, as a captain and fighter pilot instructor recently returned from Kenya, Gration spent a year as a White House Fellow working for NASA’s deputy administrator at the time, Hans Mark”
http://www.space.com/6309-obama-asks-retired-air-force-general-run-nasa.html

Senate would not confirm him said Senator Nelson who then pushed for Bolden. Bolden was the choice of the Senate, not the choice originally wanted by Obama.

Don,
The BBC says otherwise. Sorry, no disrespect intended, but I think what they have to say – carries more weight. Interesting (but not surprising) that you’d repost a link originally listed by a NewSpace lobbyist.

While Bolden might not have been the first pick – he seems more than willing to do whatever Obama wants. Moreover, the Senate can’t “choose” a presidential appointee – that has to be done by the president.

Hey Infidel,
Like Jesse says above, these “New Space” promoters are most likely Spacex trolls and they seem to have an agenda to destroy or discredit anyone other than spacex. I just can’t understand what their motive is on this, you see it on all the blogs. At least this site will allow both sides of an opinion. There is another site out there that won’t allow anything they perceive as negative about new space or spacex to be printed.