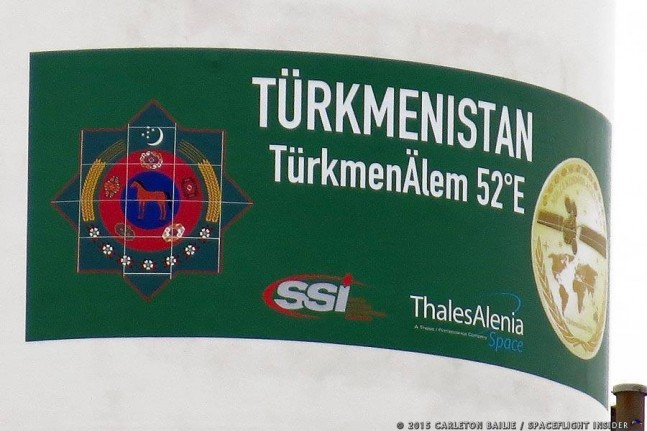 CAPE CANAVERAL, Fla — SpaceFlight Insider will be hosting its live pre launch coverage from tonight’s launch of a SpaceX Falcon 9 v1.1 rocket with its payload of the first satellite to be lofted on behalf of Turkmenistan. The launch window is currently set to open at 6:14 p.m. EDT and will extend for an hour and a half. SFI LIVE will begin 45 minutes prior to the opening of the launch window – tune in here for coverage live from just two miles away from the launch pad. No other outlet gets you closer!

Thanks for this info. I did not know it until just now when I saw this on Facebook. Thank You and I’ll be online and watching. Here’s Wishing and Hoping for ALL SUCCESS!!!!!

Here in Virginia Beach VA it’s cool, breezy and mostly cloudy. No rain in the forecast, but it does give an idea as to what it’s like down at the Cape.

The United States can and should design and build ITS OWN rocket engines. The logic for buying the old Russian RD-180 was of such a preposterous thinking that the Politicians who forced NASA to use such should be prosecuted for a Crime.
The logic of cost and cost ONLY was absolutely inexcusable Stupidity. NOTHING can be done cheap or free. If you’re unwilling to spend the money, then don’t do it.

I was skeptical in 2005 when I first heard of SpaceX in “Air and Space” Magazine. I remembered all the start ups that cam about after the Challenger Disater in 1986.
Most of those companies had Great Ideas, but could not secure funding and they went out of existence.
SpaceX is, literally, part of NASA and gets much if its funding from there and the hardware and equipment that SpaceX has developed and flown has shown me that I was wrong in my skepticism and it’s GREAT to be wrong as SpaceX has an enviable track record of success and is charting a course for the Future that should make the Russians envious.