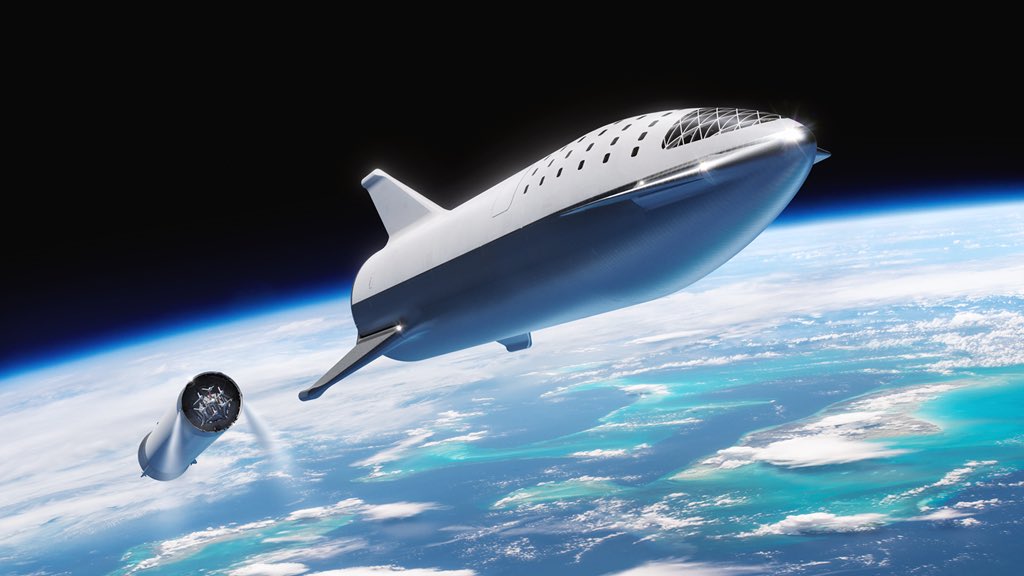 SpaceX’s stainless steel Starship prototype in South Texas has undergone its first static fire test with a Raptor engine installed beneath it.

The firing took place at just before 9 p.m. EDT April 3 (01:00 GMT April 4), 2019, in Boca Chica, Texas and lasted for only several seconds. It followed weeks of tanking tests. Next, SpaceX will likely analyze the data collected over the coming days and weeks.

For this first test, the vehicle likely didn’t move much as it was tethered to the ground. Future firings will likely involve the “Starhopper” rising higher off the ground before landing again.

Eventually, suborbital flights are planned, but that will require two more Raptor engines to be installed. This was the first step in a campaign of hop tests that will likely be similar to SpaceX’s Grasshopper program earlier this decade.

For Grasshopper, a single Merlin engine was installed at the base of a Falcon 9 first stage test article. Over a span of about a year between September 2012 and October 2013, the vehicle was commanded to hop at various altitudes, getting higher and more ambitions each test in order to prove out low-altitude control for what would become the default way the company recovers the first stage of its Falcon 9 rocket.

Now with Starship Super Heavy—Starship is a 180-foot (55-meter) tall upper stage spacecraft portion of the overall architecture with Super Heavy designed to be a 207-foot (63-meter) tall first stage—SpaceX aims to take that concept and apply it to a rocket system the size of NASA’s retired Saturn V rocket and in-development Space Launch System.

Company CEO Elon Musk has said that Starship is the harder part of the system, which acts as both a second stage to get into orbit and the actual spaceship that can conduct missions. Those missions could range anywhere from satellite deployment to sending people on a trip to the Moon or Mars.

Because Starship needs to return to Earth at orbital velocities, unlike the Super Heavy portion, it needs to have a heat shield. To protect itself from the rigors of re-entry, the spacecraft will be made of a counterintuitive stainless steel body.

Musk announced this change late in 2018 and said SpaceX was moving away from the previously announced advanced carbon fiber design because of both cost, complexity and—surprisingly—weight.

On paper, carbon fiber would be the better, lighter option. But because it has a low heat tolerance, shielding would need to be added to the surface on top of it, increasing the overall weight.

With stainless steel, combined with the increased structural performance that cryogenic temperatures from the propellants add to this particular alloy, the amount of heat it can take is close to the actual temperatures that would be seen during a return from orbital velocities.

As such, SpaceX is designing an actively cooled shielding that would use the cryogenic liquid methane fuel to cool the windward side of the ship with transpiration cooling used to “sweat” methane through small pores to create a layer of vapor to increase the insulation between it and the hottest part of the re-entry heating.

Musk has already tweeted a video of this showcasing hexagonal tiles that would be installed around the bottom of the orbital version of Starship.

That orbital version might be coming sooner, rather than later, however. Musk recently tweeted that the stainless steel construction ongoing at the South Texas site is not for a new nose cone for the current prototype, as was previously speculated following an event earlier this year resulting in the upper portion of this test article being blown over by high winds.

The new construction is for an orbital version, Musk tweeted on March 17. When that orbital prototype will fly, and if it will use a full Super Heavy first stage, is still unclear. Musk has said in the past that he believes there is a good chance that Starship will go orbital by around 2020, but as that is only next year, that is rather ambitions. Musk himself has even admitted to his overly-optimistic timelines.

Even so, the company appears to be making breakneck progress on a ship that has a goal of sending people around the Moon by 2023 and eventually humans to treks to the Red Planet, SpaceX’s ultimate goal.

Another HOTFIRE, with a hop.