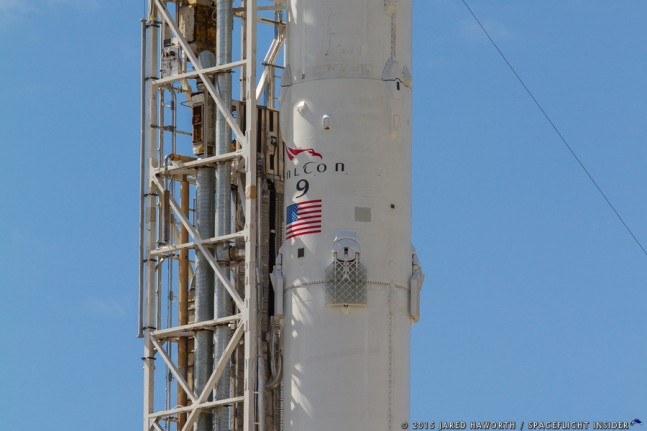 CAPE CANAVERAL, Fla — Owing to issues with the Falcon 9 v1.1 launch vehicle, Space Exploration Technologies (or “SpaceX“), based in Hawthorne, California, might be pushing the launch of the sixth operational resupply mission to the International Space Station – to an as yet indeterminate date. This update comes from the website for the 45th Space Wing’s webpage which earlier on March 31 stated that the launch had slipped to no-earlier-than April 13. Later in the day that message changed to: TBD, in other words – To Be Determined.

SpaceFlight Insider reached out to SpaceX to gain a better grasp of when this important launch will be moved to. A representative with the firm stated that SFI would be provided with an accurate date and time shortly.

As noted, when the sixth operational flight under NASA’s Commercial Resupply Services contract takes to the skies, approximately 5,000 lbs (2,268 kg) worth of cargo, crew supplies and experiments should be sent to the space station. SpaceX was awarded $1.6 billion under the agreement that NASA has with SpaceX. Through CRS, SpaceX is contracted to provide cargo resupply services to the orbiting laboratory. This service became critical after the close of the Space Shuttle Program in 2011.

SpaceFlight Now is reporting that the flight will take place on April 13. As more information becomes available – it will be presented here.