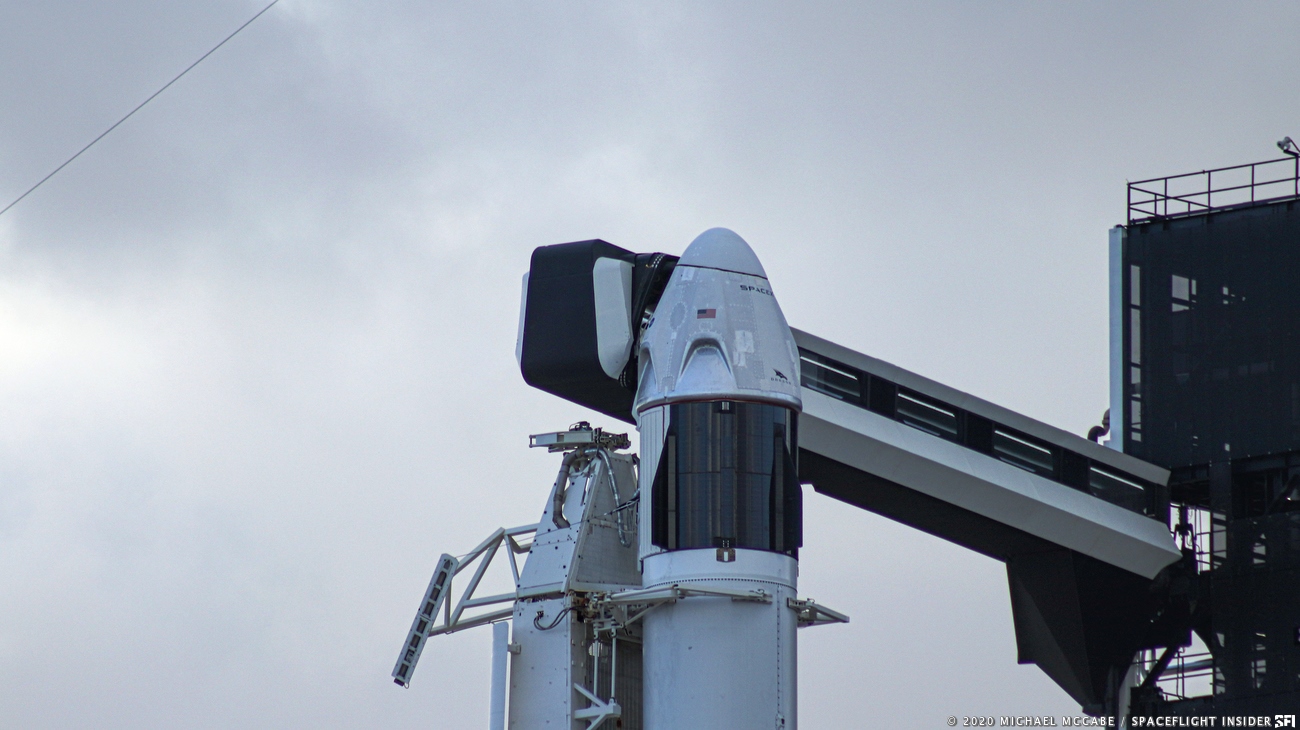 SpaceX has opted to stand down from today’s (Saturday, Jan. 18) attempt to carry out an “in-flight abort” test of the company’s crew-rated Dragon spacecraft. Photo Credit: Michael McCabe / SpaceFlight Insider

CAPE CANAVERAL. Fla. — Rough seas and high winds forced SpaceX to stand down from a planned test flight of the abort system on its Crew Dragon spacecraft.

The California-based company’s in-flight Crew Dragon launch escape test is critical to demonstrating that the spacecraft is capable of pulling astronauts away from the rocket in the event of an accident as the Falcon 9 rocket pushes them out of Earth’s dense atmosphere.

The recovery area, where the capsule would splash down in the Atlantic was excessively windy, with high waves churning up the ocean.

SpaceX is now eyeing Sunday, Jan. 19 to complete the test. Flight controllers have six-hours in which to get underway, with the window opening at 8 a.m. EST (13:00 UTC). A backup test date is also available on Jan. 20. The company might have a better chance of completing the test on Monday as weather still remains a concern for tomorrow.

When astronauts fly to the International Space Station they will do so from NASA’s Kennedy Space Center’s Launch Complex 39A.