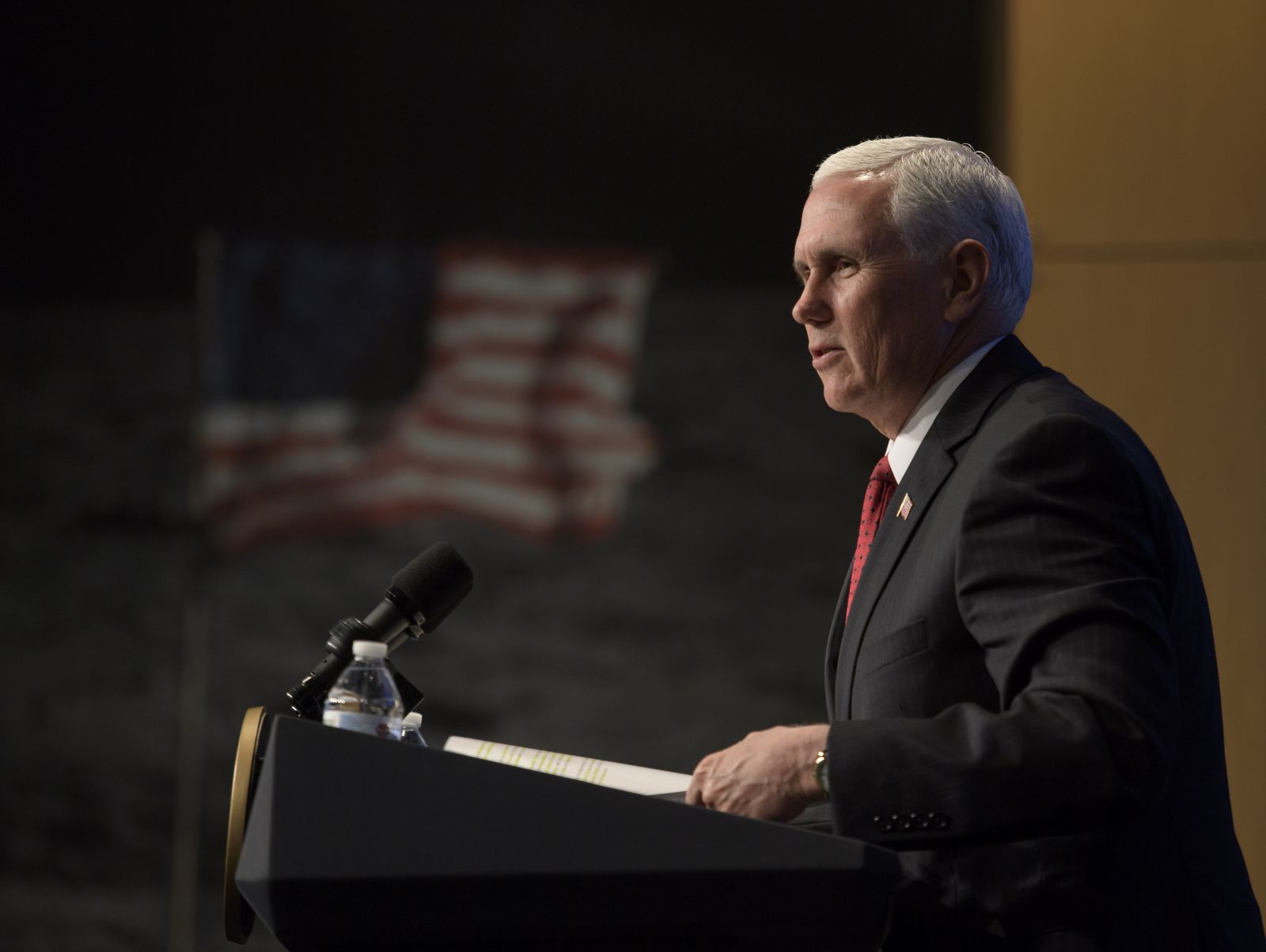 KENNEDY SPACE CENTER, Fla. — It looks like SpaceX will have its latest scheduled launch, that of the GPS III navigational satellite, attended by a politician who has shown great interest in U.S. space efforts.

Pence is expected to make an appearance on Tuesday, Dec. 18 at NASA’s Kennedy Space Center in Florida. Nearby, at Space Launch Complex 40 (SLC-40) at Cape Canaveral Air Force Station in Florida a Falcon 9 Block 5 rocket is poised to launch the GPS III SV01 satellite on behalf of the United States Air Force.

Pence’s visit was mentioned on Twitter as early as Wednesday, Dec. 12. yet apparently came as a surprise to some within the “space belt.”

This isn’t the first, second or even third time Pence has visited space-related centers and events. The Vice-President has made stops at NASA’s Johnson, Kennedy and Marshall Space Centers, the agency’s Headquarters and other locations. Pence is expected to make remarks after a successful launch which is currently scheduled to take place at 9:11 a.m. ET (14:11 GMT).

If things proceed as they are currently set to, the rocket should take to the skies tomorrow morning and conclude the busiest year so far for the company (if GPS III launches before the close of the year, SpaceX will have completed 21 missions in 2018). Due to the energy required to place the satellite in the correct orbit SpaceX will not attempt to land Falcon 9’s first stage after launch.

I wonder if anyone will actually notice Pence is there. He has a talent for not calling attention to himself.