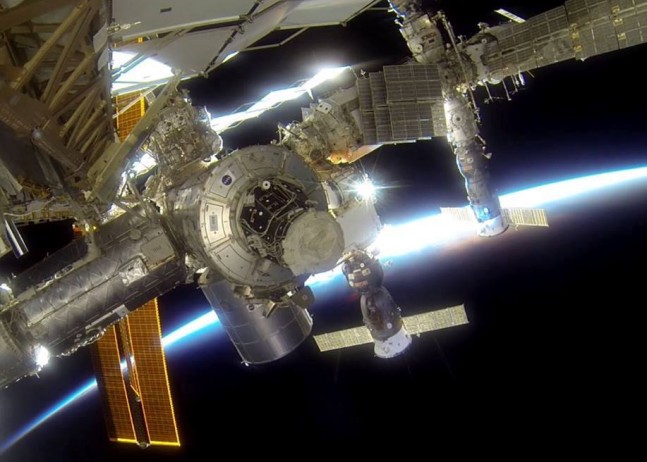 A wide range of NASA centers, partners, and affiliated organizations are involved with most missions that are sent aloft in support of crewed space exploration efforts. NASA Ames Research Center, located at Moffett Field, California, will have two life sciences experiments ride a Space Exploration Technologies’ (SpaceX ) Falcon 9 v1.1 rocket when the booster and its payload of a Dragon cargo vessel are launched.

SpX-6, the sixth operational mission under NASA’s Commercial Resupply Services contract that SpaceX has with the space agency (worth an estimated $1.6 billion), will carry the Microbial Tracking-1B and Rodent Research-2 experiments which originated at Ames.

Microbial Tracking-1B is being carried out on board the space station so as to gain a better understanding of surface-based and airborne microorganisms that exist on the outpost, portions of which have been on orbit for 17 years.

Meanwhile, Rodent Research-2 will study the impacts of the microgravity environment on bone density, eye structure, and also how muscles atrophy in the near weightless environment of the ISS.

Liftoff is currently scheduled to take place from Cape Canaveral Air Force Station’s Space Launch Complex 40 on April 13 at 4:33 p.m. EDT (20:33 GMT). If, for whatever reason, launch doesn’t occur on Monday, the next attempt is currently slated for the following day at 4:10 p.m. EDT (20:10 GMT).

To promote its efforts on SpX-6, Ames Research Center  will host three hundred registered guests at the building 152 in the NASA Research Park from 11 a.m. to 2 p.m. PDT. Those who attend will have the ability to speak with scientists, engineers, and researchers at informational booths, and hear guest lectures from the Ames space biosciences team as they discuss the life sciences payloads on the current mission and the importance of the work and research completed on the space station.

SpaceFlight Insider will be attending prelaunch news conferences on Sunday, April 12, at NASA’s Kennedy Space Center in Florida. Tune into our comprehensive coverage and Live webcast starting at 3:30 p.m. EDT on launch day.