Morning update: delayed Starlink mission set to fly in less than an hour 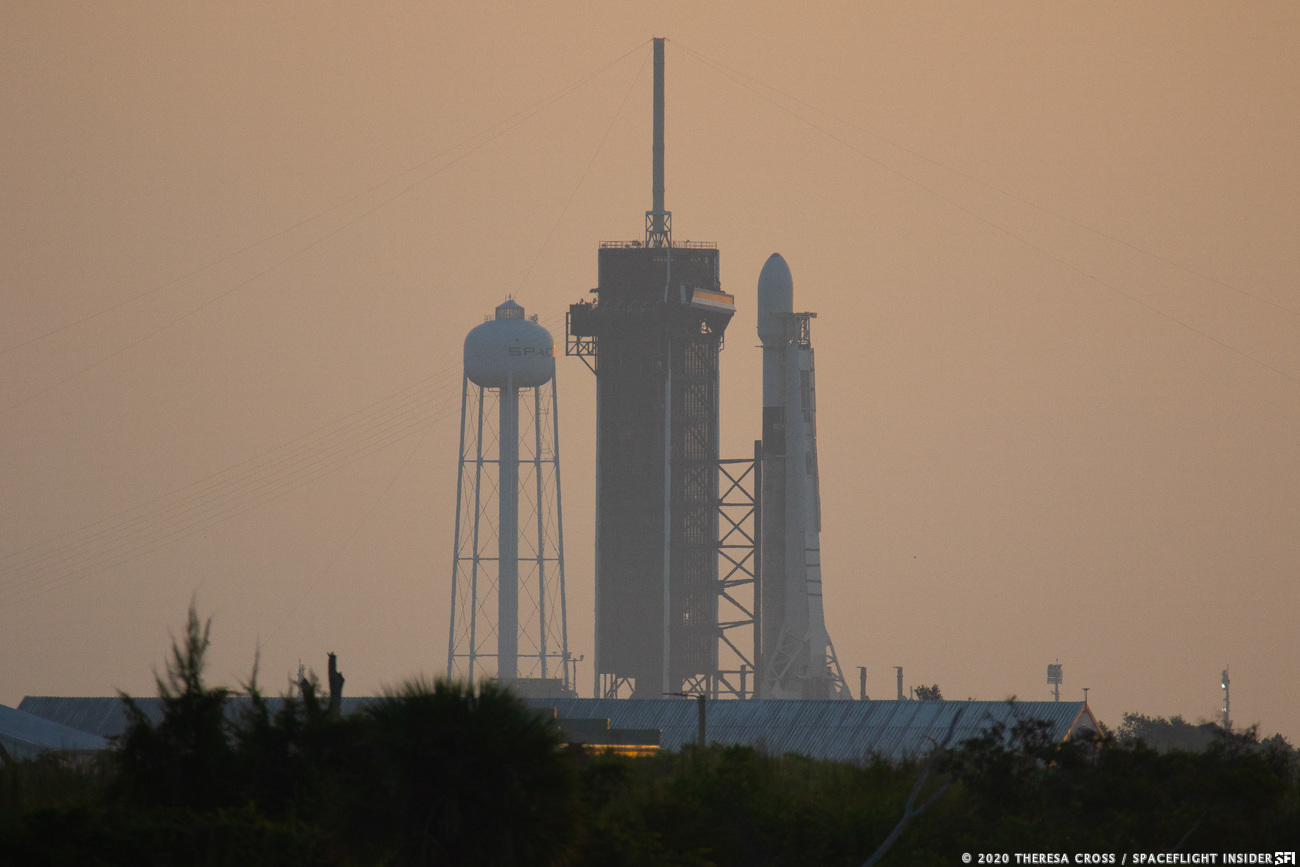 Emerging on the horizon in the early morning light, Falcon 9 and the next batch of Starlink satellites sit vertical at Launch Complex 39A, ahead of a planned Florida Space Coast launch at 8:46 a.m. EDT, September 3, 2020. Photo: Theresa Cross, SpaceFlight Insider

SpaceX is poised to launch their next batch of Starlink satellites aboard a Falcon 9 today, currently scheduled to liftoff at 8:46 a.m. EDT. The rocket and payload are vertical at historic Launch Complex (LC-)39A as teams continue their work. 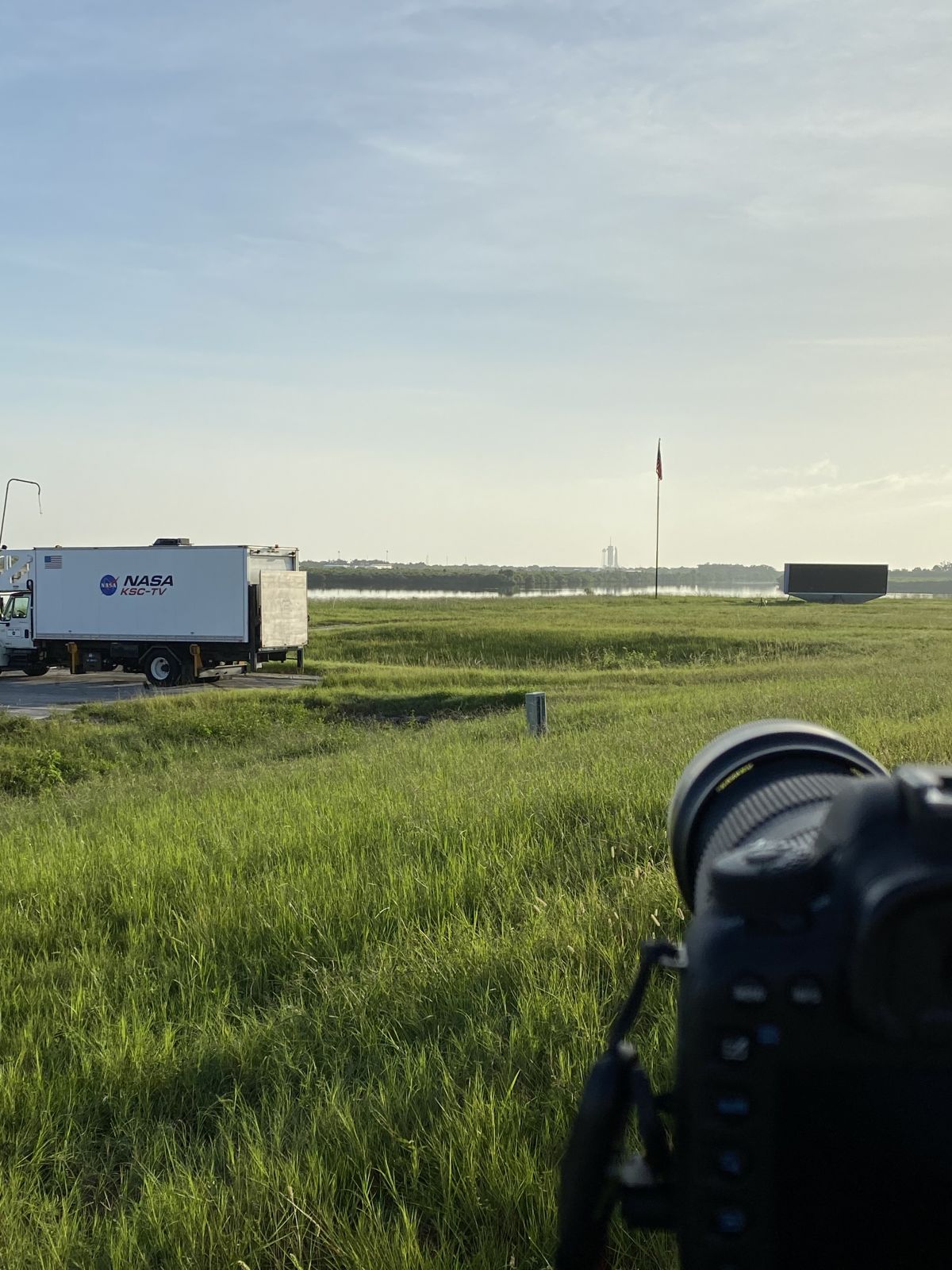 Members of the media are onsite at the Kennedy Space Center, gathered under a full setting moon and preparing to capture the flight of a mission and vehicle which was almost the first member of a potential back-to-back, same day launch of two Falcons on Sunday, August 30.

Foul weather through Saturday and early on Sunday prevented SpaceX from proceeding through their required pre-flight preparations, forcing the scrub of the first flight of the day; the second flight, that of SAOCOM 1B, flew as scheduled, lifting off that evening from SLC-40, at 7:18 p.m. EDT.

Check back with SpaceFlight Insider for images from the launchpad, as captured by our onsite correspondent, Theresa Cross.