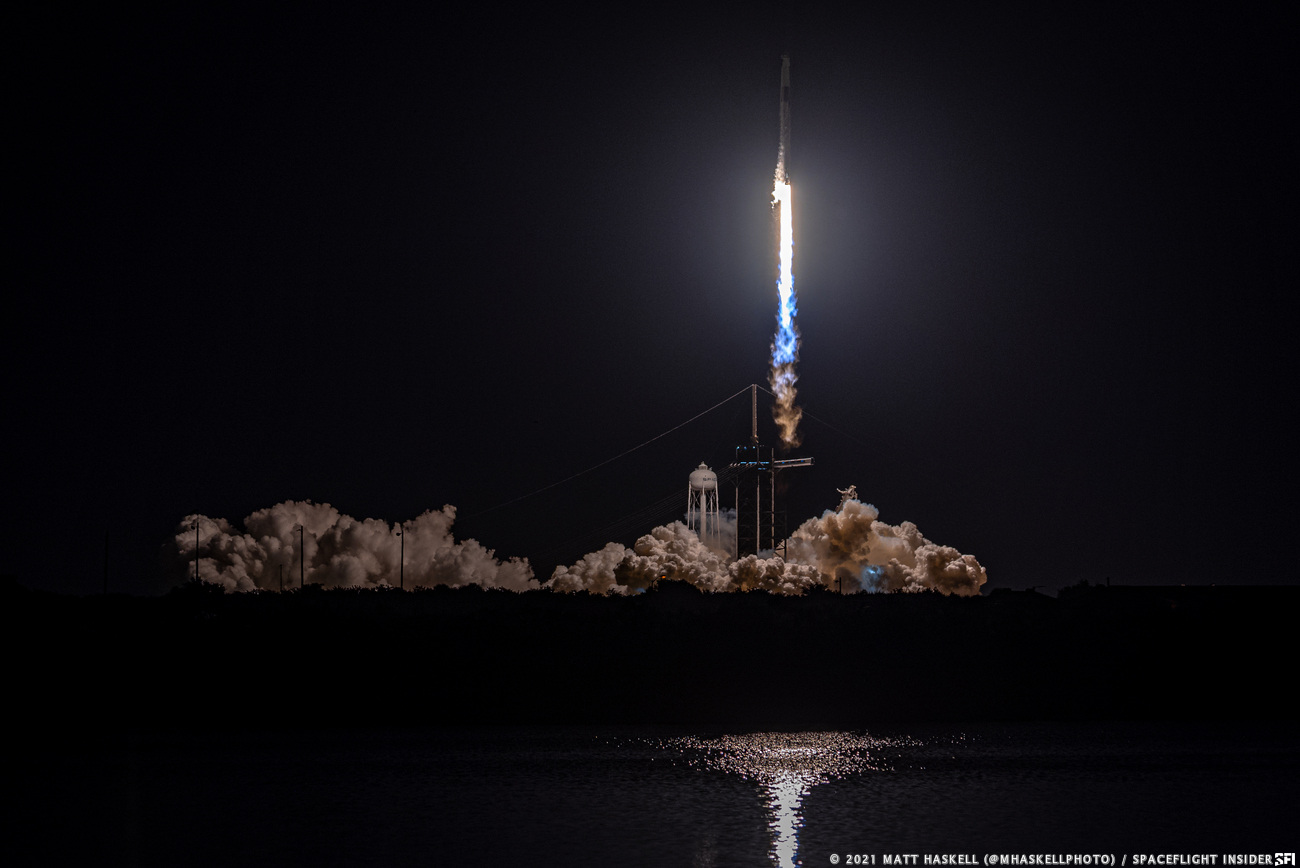 Less than eight months after its announcement, the all-private civilian Inspiration4 mission has launched into orbit. 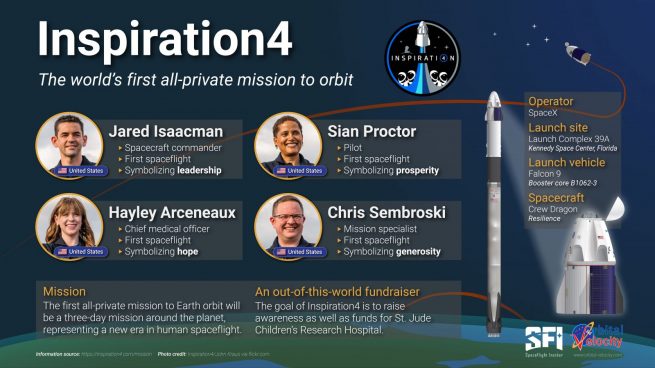 An infographic over the Inspiration4 crew and its mission. Credit: Derek Richardson / Spaceflight Insider / Orbital Velocity

This flight, the first all-private civilian orbital spaceflight, sent the four non-professional astronauts into space on a three-day trip.

Dubbed Inspiration4, the mission is designed to inspire the world to dream big and to look to the future. The flight found half of its crew as part of nationwide contests, which are part of a $200 million donation drive for the St Jude Children’s Research Hospital.

Each of the crewmembers were chosen to fill the four seats based on their representations of the mission’s four core values: Leadership, hope, generosity and prosperity. 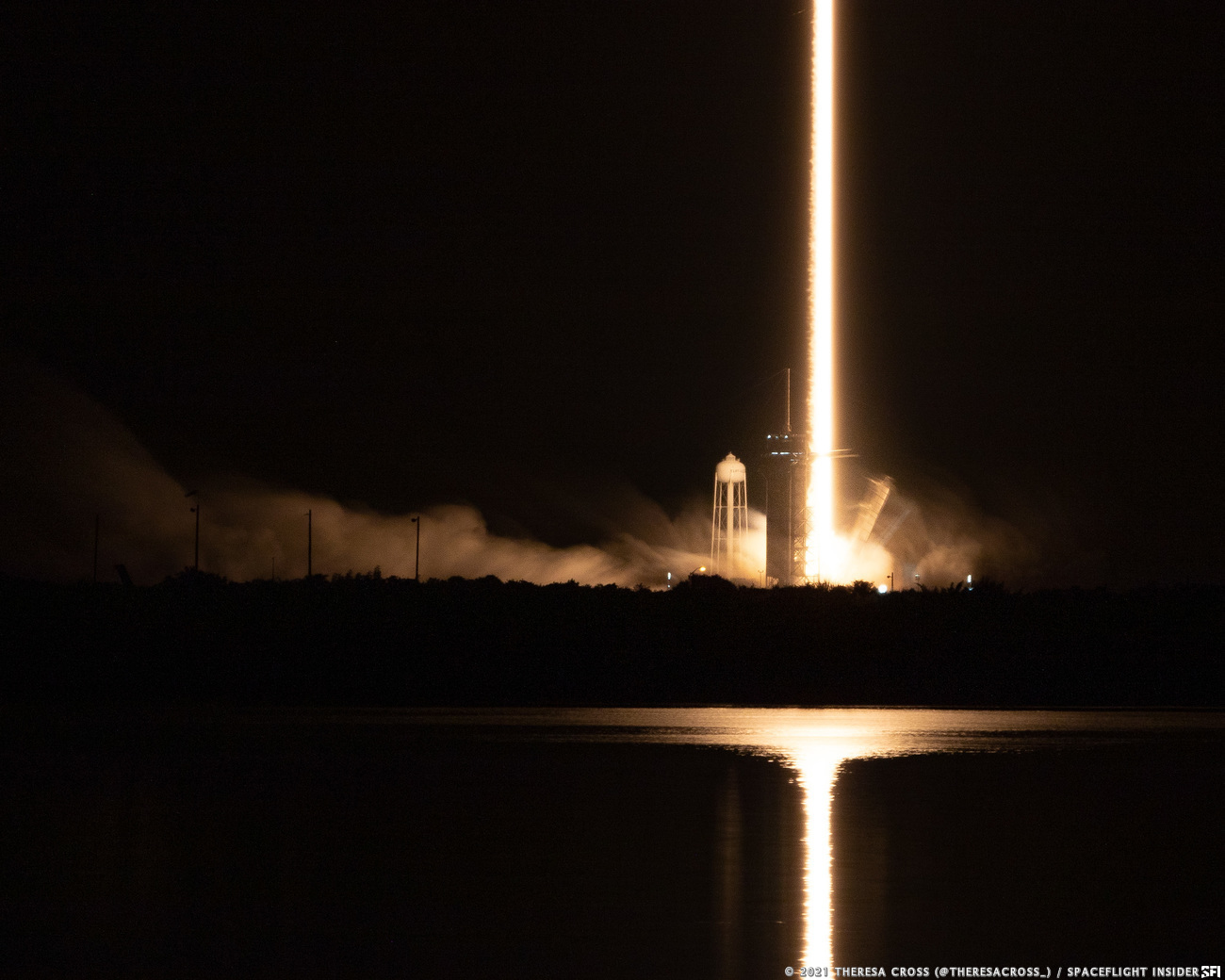 Following the launch, the Falcon 9 first stage booster returned to touch down on the company’s Autonomous Drone Ship Just Read the Instructions. The SpaceX Dragon capsule rode the second stage farther into space before arriving to an orbit apogee higher than the Hubble Space Telescope, not seen by humans since the Apollo program to the Moon.

The mission will last a total of three days, with a planned splashdown in the ocean off the coast of Florida, either the Gulf of Mexico or the Atlantic Ocean. 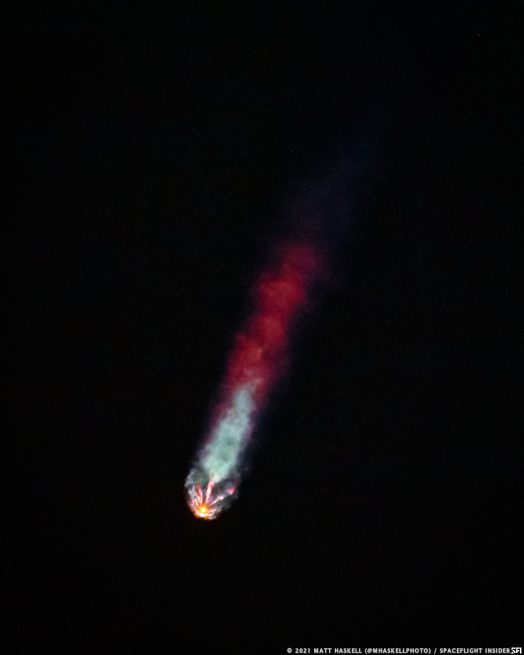 During those three days, the crew and their actions will be extensively documented, with much of the footage becoming part of a Netflix documentary series. The mission isn’t all fun and games, however, as the crew will perform various tests as part of scientific research on humans ability to perform in spaceflight. These tests will mirror tests completed prior to the flight, with more to be done after.

The successful launch of the crew brings big implications for the future of spaceflight. For the first time, a crew of regular people have launched into orbital space without NASA or other government space agency crew.

While Richard Branson’s Virgin Galactic and Jeff Bezos’ Blue Origin made their first successful suborbital tourism flights earlier this year, the launch of Inspiration4 opens a new world of possibilities for orbital adventures, while also adding another option to space tourism.

With the planned Axiom Space crew missions to the International Space Station just on the horizon, the future of space tourism is becoming more of a reality.

While the current cost of such an endeavor is astronomical to the average person, these events mark only just the beginning of what decades from now could be a regular and affordable form of travel. In the early days of the airplane, tickets were priced at such height that only the ultra rich could afford the luxury of an airplane flight.

Time will tell what the future holds, but for now, four regular people are orbiting Earth for the very first time, marking the beginning of a new era in commercial spaceflight.