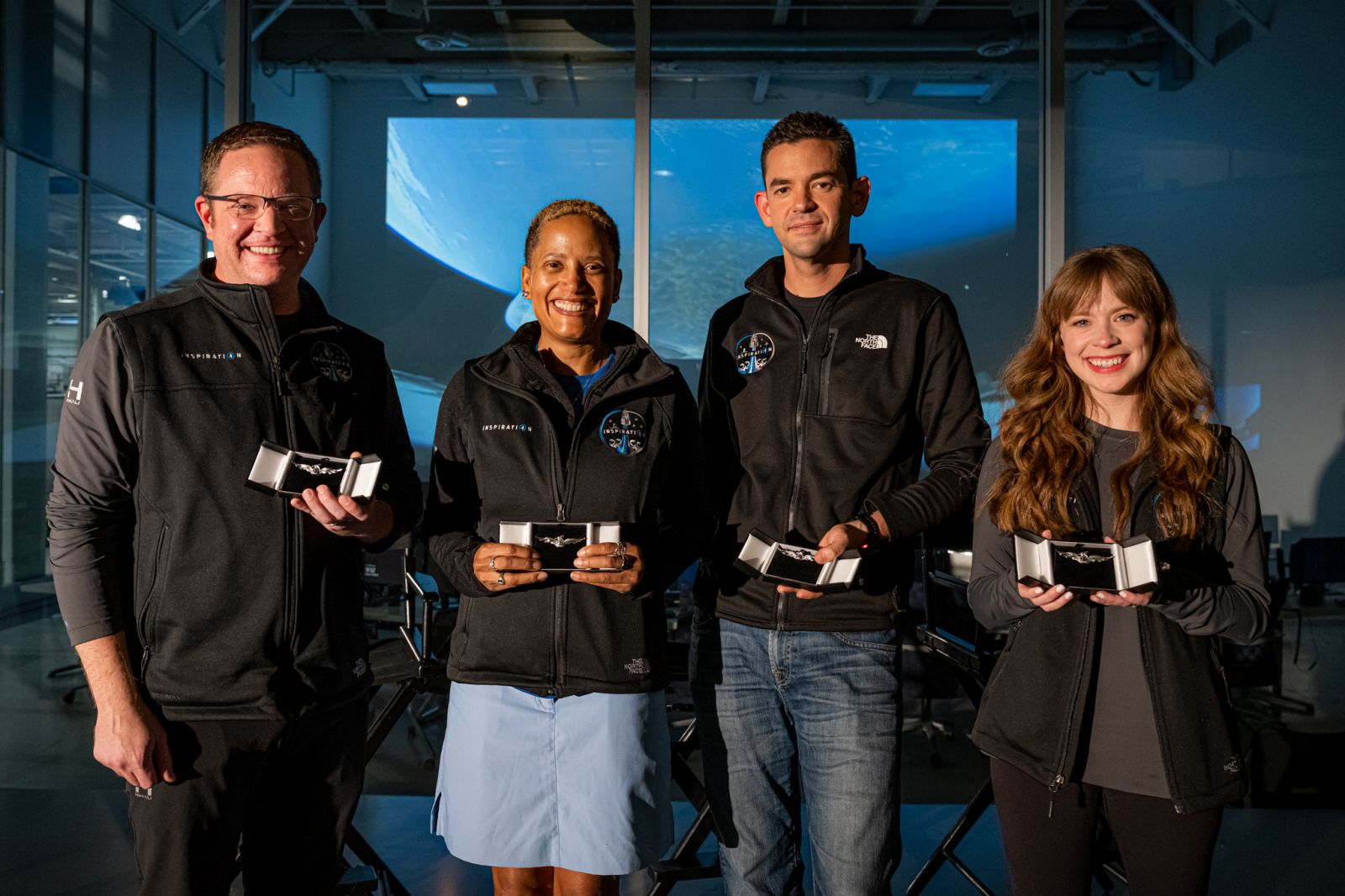 In the weeks following the splashdown of the Inspiration4 mission, the four crew members have become national celebrities in their own right.

In the days leading up to launch, Netflix released a multi-part documentary called “Countdown: Inspiration4 Mission to Space” focused around the activities the civilian crew had to undertake before making the historic flight. The final episode, which covered activity around, during and after the mission, debuted Sept. 30.

On Sept. 15, thousands flocked to Florida’s Space Coast to witness the historic liftoff in person, while millions more gathered around their computers, smartphones, and television sets to view the livestream and participate in the first-of-its-kind event.

The four launched in Crew Dragon Resilience atop a SpaceX Falcon 9 rocket at 8:02 p.m. EDT Sept. 15 (00:02 UTC Sept. 16) from Launch Complex 39A at NASA’s Kennedy Space Center. Their mission lasted three days, splashing down in the Atlantic Ocean on Sept. 18.

While the liftoff coverage garnered incredible viewership, many on the ground were left wondering what the crew was experiencing in the moments after launch and on orbit. However, with coverage only available during flyovers of various tracking stations around the globe, broadcast time was prioritized to families of the crew as well as children at St. Jude Children’s Research Hospital, the beneficiary of the mission.

There was one roughly 10-minute public broadcast on Sept. 17. 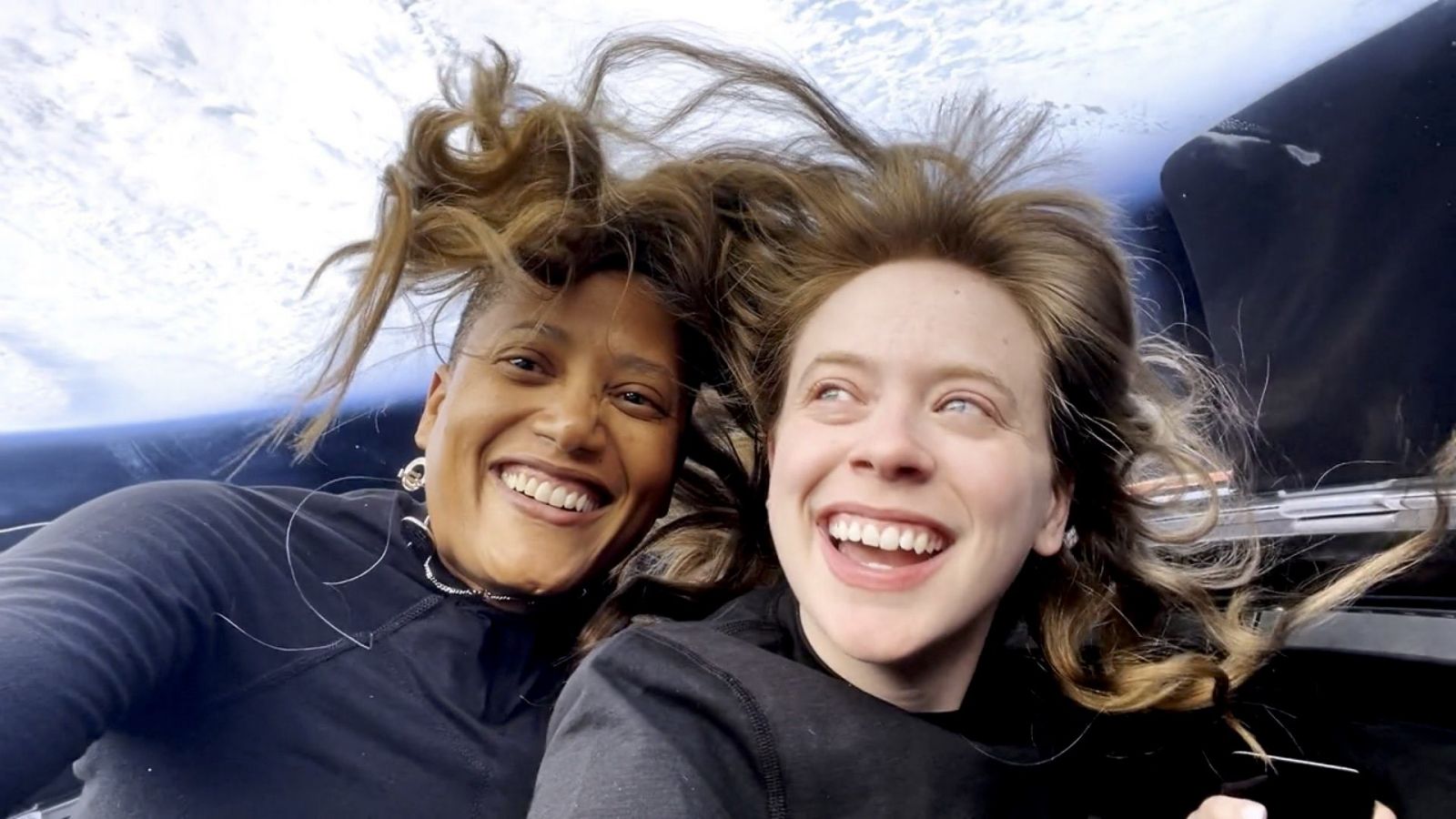 The lack of live coverage also gave the private crew an opportunity to adjust to the microgravity environment, which is not always an incredibly glamorous process. Even the most experienced astronauts tend to experience gastrointestinal issues in the first moments of reaching orbit, leading to the use of “space sickness” bags.

SpaceX and the crew did not leave the anticipating public completely in the dark. One of the key features of this mission was the installation of a cupola window in place of Crew Dragon’s docking node at the very top of the vehicle.

The cupola allowed for the crew to have an unobstructed view of planet Earth as they were orbiting nearly 360 miles (585 kilometers) above it. On Sept 17, SpaceX sent out a teaser tweet showing a short video of the camera facing the cupola with the passing Earth in the background. It could only be imagined what the crew might be experiencing as they were looking out the spherical window for the first time.

As the mission came to a close with the successful splashdown three days later, members of the crew began sharing their experiences and perspectives from the historic flight.

One of the highlights of the post-flight excitement came from a tweet shared by the mission’s pilot, Dr. Sian Proctor. The tweet included a short video of the crew’s first look outside of the cupola. The video featured the crew opening the hatch and their first reactions to seeing the world from an altitude few space travelers have been.

Proctor also shared her special on-orbit project with the public in the days following the mission. Dubbed “Dragon Eye,” she spent time on orbit drawing and painting a scene of nature and Crew Dragon inspired by the images she was seeing while orbiting the Earth.

The process of creating the image was part of her special contribution known as Space2Inspire, which aims to spark interest in the realm of STEAM — science, technology, engineering, art, and mathematics.

On October 1, the crew of Inspiration4 was cordially invited to SpaceX headquarters in Hawthorne, California. They participated in a panel alongside SpaceX Senior Director Benji Reed.

Each crew member was presented with the first SpaceX astronaut wings, which depicted a mythical dragon cradling Crew Dragon.

The goal of the Inspiration4 mission was not only meant as an incredible fundraising event for St. Jude, but also to inspire the next generation of new astronauts, and to open the opportunity of making space for everyone.