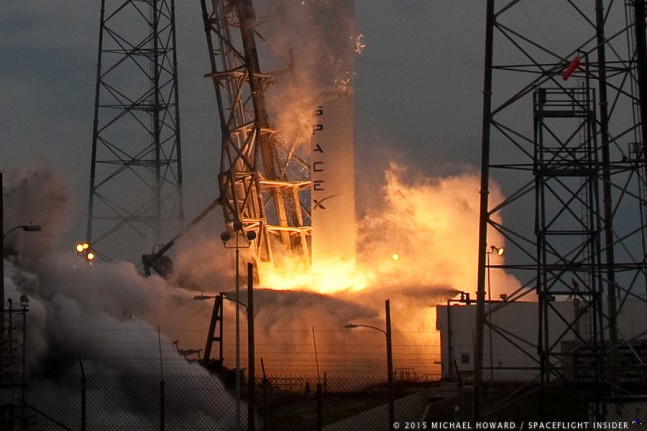 This launch came at a time of heightened activity for SpaceX who has several more launches on its 2015 manifest. Photo Credit: Mike Howard / SpaceFlight Insider

CAPE CANAVERAL, Fla — Prior to Space Exploration Technologies’ (SpaceX ) successful launch of a Falcon 9 v1.1 rocket with its payload of the first Turkmenistan satellite, TurkmenAlem52E/MonacoSAT, the media was escorted out to Cape Canaveral Air force Station’s Space Launch Complex 40. Their reason for the trip – was to place remote cameras to record the historic event. SpaceFlight Insider placed both still and video cameras at the pad – capturing the video below.

To better cover these events, SpaceFlight Insider sets both types of cameras, produces the articles, and is, currently, the only space-based media outlet to stream these events – live!

Fantastic video. I trust you will be there for the Pad Abort test as well on May 5th? Can’t wait!

Great work guys! Keep it up! I feel like i’m back in the ’60s, only better! Looking forward to the Dragon pad abort. That should be a wild ride!