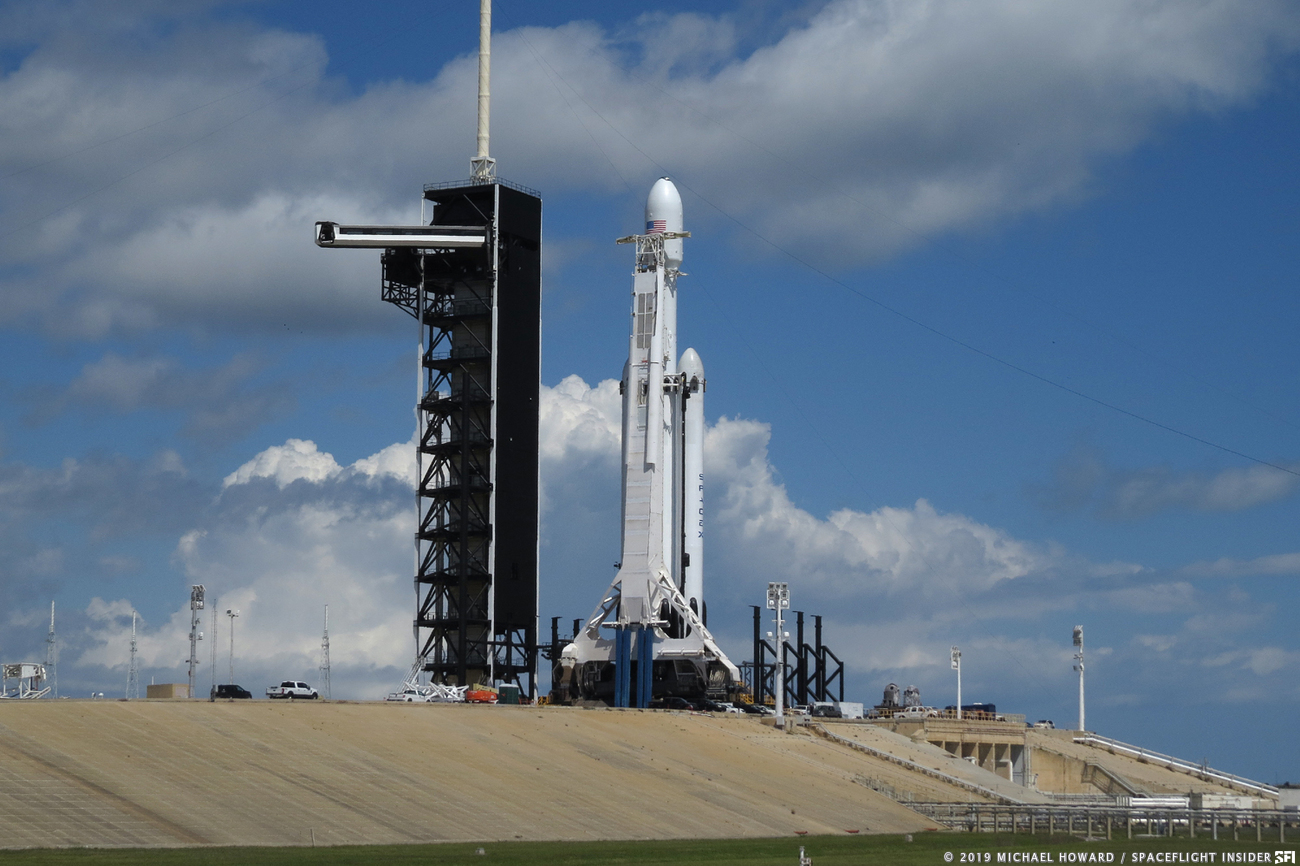 The forecast for April 11 is expected to have a 90 percent chance of acceptable conditions during the launch window with the only concerns being cumulus clouds. However, this prediction does not take into account upper level wind speeds.

Being orbited by the Falcon Heavy is Arabsat-6A, a Saudi Arabian satellite destined for geostationary orbit. The 13,000-pound (6,000-kilogram) satellite is designed to provide television, internet and phone services to customers throughout the Middle East and northern Africa for a planned period of 15 years.