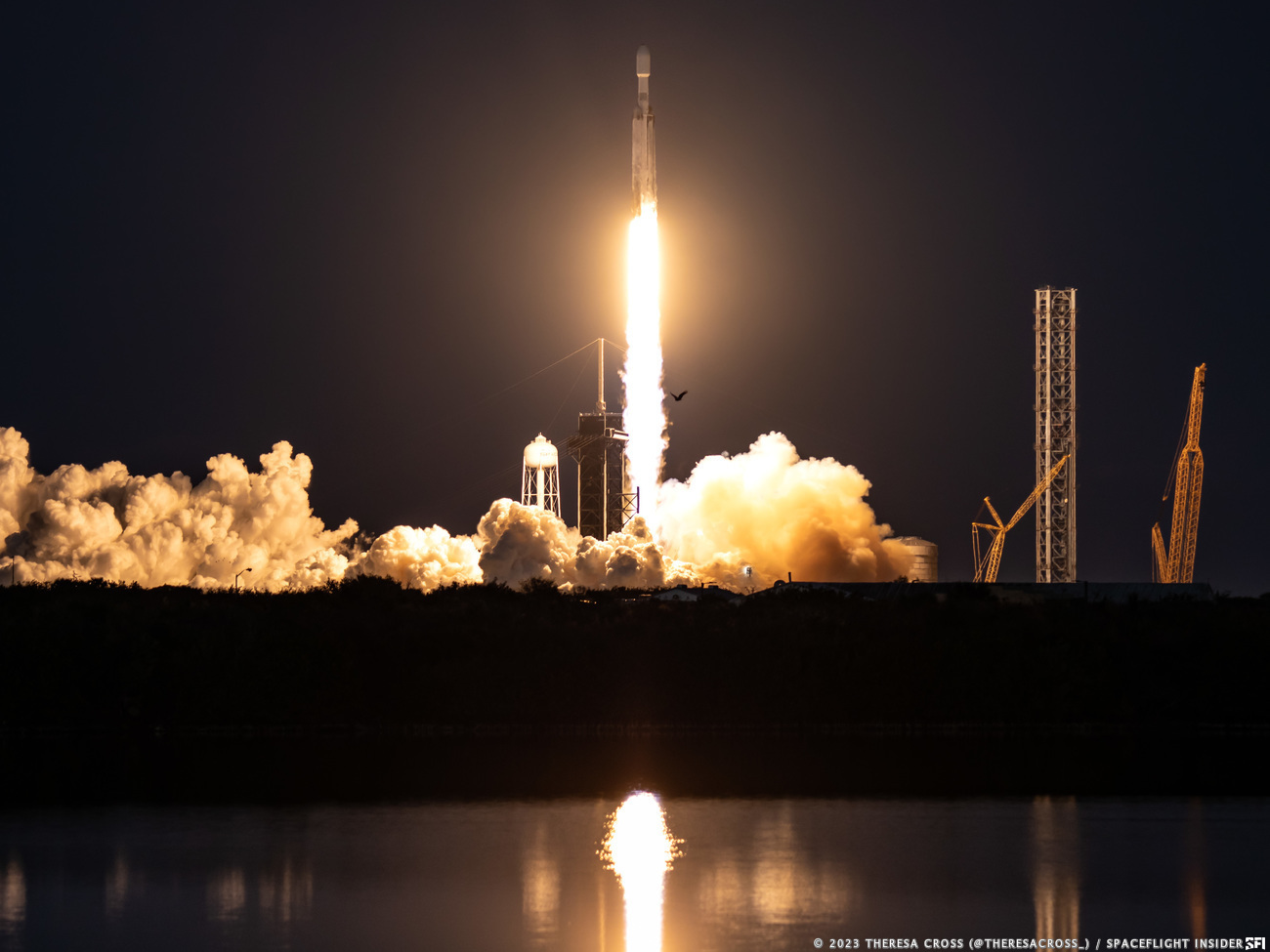 A classified payload for the United States Space Force, USSF-67, was lofted into orbit by a SpaceX Falcon Heavy rocket just after sunset in Florida.

B1064 and B1065 were utilized for their second Falcon Heavy mission, the first having occurred in November 2022. Both times they returned to Landing Zones 1 and 2 at nearby Cape Canaveral Space Force Station.

Overall, this was the fifth Falcon Heavy launch and the company’s 89th and 90st consecutive successful booster landing, a record for SpaceX. In total, the company has landed 164 booster stages between Falcon 9 and Falcon Heavy rockets.

The center core was expended, as planned, and not recovered. The second stage entered a parking orbit with its payload some eight minutes after liftoff.

This classified USSF-67 mission launched payloads destined for a geostationary orbit some 22,300 miles (35,800 kilometers) above Earth. There are five payloads aboard: The primary, CBAS 2, is a military satellite for the Space Force.

Other payloads are CubeSats and other small satellites also heading for geostationary orbit.

The payload fairings for this launch are expected to be recovered in the Atlantic Ocean after parachuting down to the water where they’ll be retrieved by SpaceX recovery ships.