Dragon to send science, supplies to ISS in early-morning launch 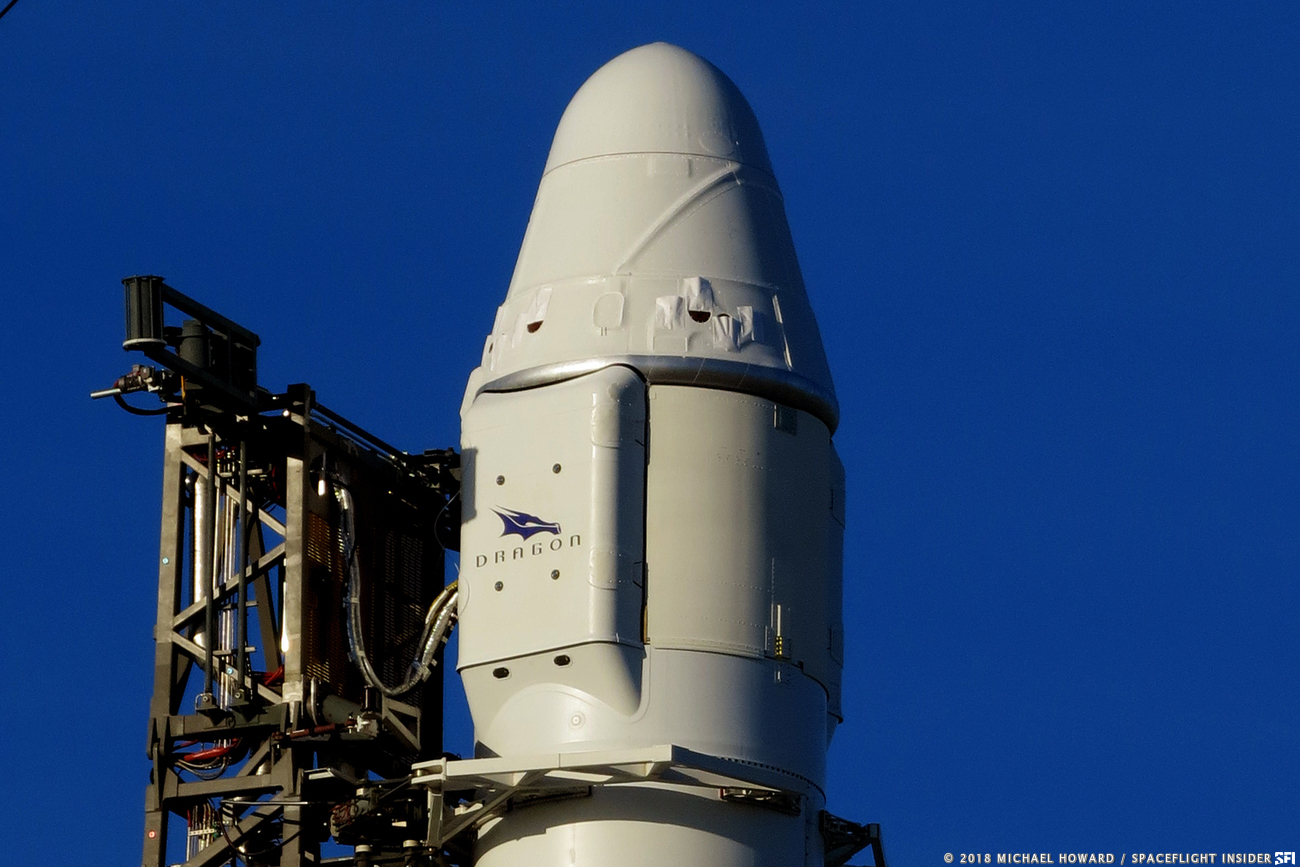 A file photo of the CRS-16 Dragon spacecraft, which was launched to the ISS in December 2018. CRS-17 is planned to launch in May 2019. Photo Credit: Michael Howard / SpaceFlight Insider

CAPE CANAVERAL, Fla. — SpaceX is gearing up for another cargo Dragon flight to the International Space Station, sending food, supplies and experiments slated for Expeditions 59 and 60.

The CRS-17 mission is scheduled to launch atop a Block 5 Falcon 9 at 3:59 a.m. EDT (7:59 GMT) May 1, 2019, from Space Launch Complex 40 at Cape Canaveral Air Force Station. Originally, the Falcon 9 rocket and Dragon spacecraft were tracking to fly April 26, but constraints in orbital mechanics made May 1 a better choice.

According to the 45th Weather Squadron April 29, the forecast for launch is expected to have an 80% chance of acceptable conditions at liftoff with the primary concerns being cumulus clouds and flight through precipitation. Should the mission be postponed an additional 24 hours, conditions are expected to be less favorable with a 30% chance of a weather rule violation. 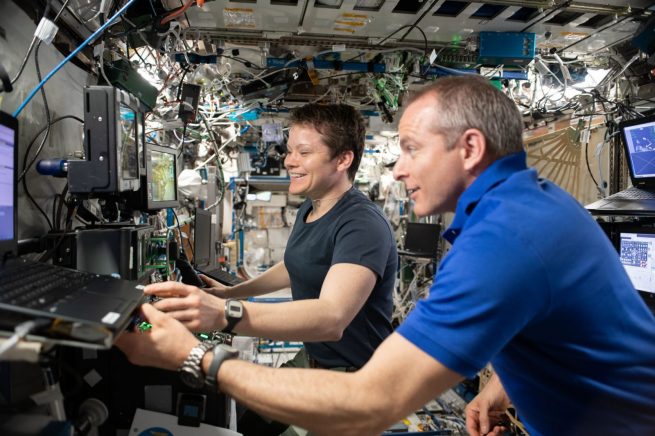 Once it does get off the ground, CRS-17 will be the 17th SpaceX cargo flight to the ISS under NASA’s Commercial Resupply Services contract and the second of five under the extension of phase 1. Phase 2, called CRS2, is expected to begin for the company starting with CRS-21 no earlier than 2020.

The recent incident at Cape Canaveral Air Force Station’s Landing Zone 1 involving a static fire test of the SuperDraco engines on the crewed version of the Dragon spacecraft has not deterred SpaceX or NASA from launching the CRS-17 mission. The only change to the mission profile is the landing of the first stage.

SpaceX’s cargo missions to the ISS typically involve the Falcon 9’s first stage returning to Landing Zone 1. This has been moved to its drone ship named “Of Course I Still Love You,” which is expected to be stationed just 17 miles (28 kilometers) off shore. The ongoing investigation into the Crew Dragon anomaly is thought to be the reason for the change. However, SpaceX has been tight-lipped about the incident since its initial statement on April 20.

When in orbit, CRS-17 Dragon should take about two days to rendezvous with the ISS, ultimately positioning itself about 33 feet (10 meters) below the Destiny module. Once there, Expedition 59 and Canadian Space Agency astronaut David Sating-Jacques is expected to use the robotic Canadarm2 to “grab” the spacecraft.

Following capture, ground-based teams are expected to remotely control the arm to maneuver Dragon to berth it to the Earth-facing port of the Harmony module at the forward end of the ISS. The hatches between the station and spacecraft are planned be opened sometime after that, following leak checks.

Aboard CRS-17 Dragon is some 5,500 pounds (2,500 kilograms) of supplies and replacement hardware for the station’s Expedition 59 crew. This includes two instruments in the spacecraft’s external storage area inside its trunk: Orbiting Carbon Observatory 3 (OCO-3) and Space Test Program-Houston 6 (STP-H6) 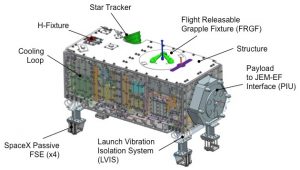 A diagram of the OCO-3 payload. Image Credit: NASA

According to NASA, OCO-3 was manufactured using spare parts from OCO-2 and is planned to be attached to the exposed facility on the Japanese Kibo module at the front of the ISS. The instrument is designed to measure and record carbon dioxide levels in Earth’s atmosphere and to look for carbon sources as well as carbon sinks—areas of the planet that are absorbing large quantities of carbon dioxide.

STP-H6 is an X-ray communication demonstration, according to NASA. It is designed to use a “novel technique for generating X-rays that can be switched on and off at rates much faster than traditional X-ray sources.”

According to NASA, this technology could prove useful for “providing efficient communication to deep space probes or communicating with hypersonic vehicles where plasma sheaths prevent traditional radio communications.”

This instrument is to be mounted on an external platform on the ISS and use the Neutron Star Interior Composition Explorer (NICER) as a receiver. NICER is already aboard the ISS (it was brought to the outpost by CRS-11 in June 2017) and attached to External Logistics Carrier-2 on the S3 truss.