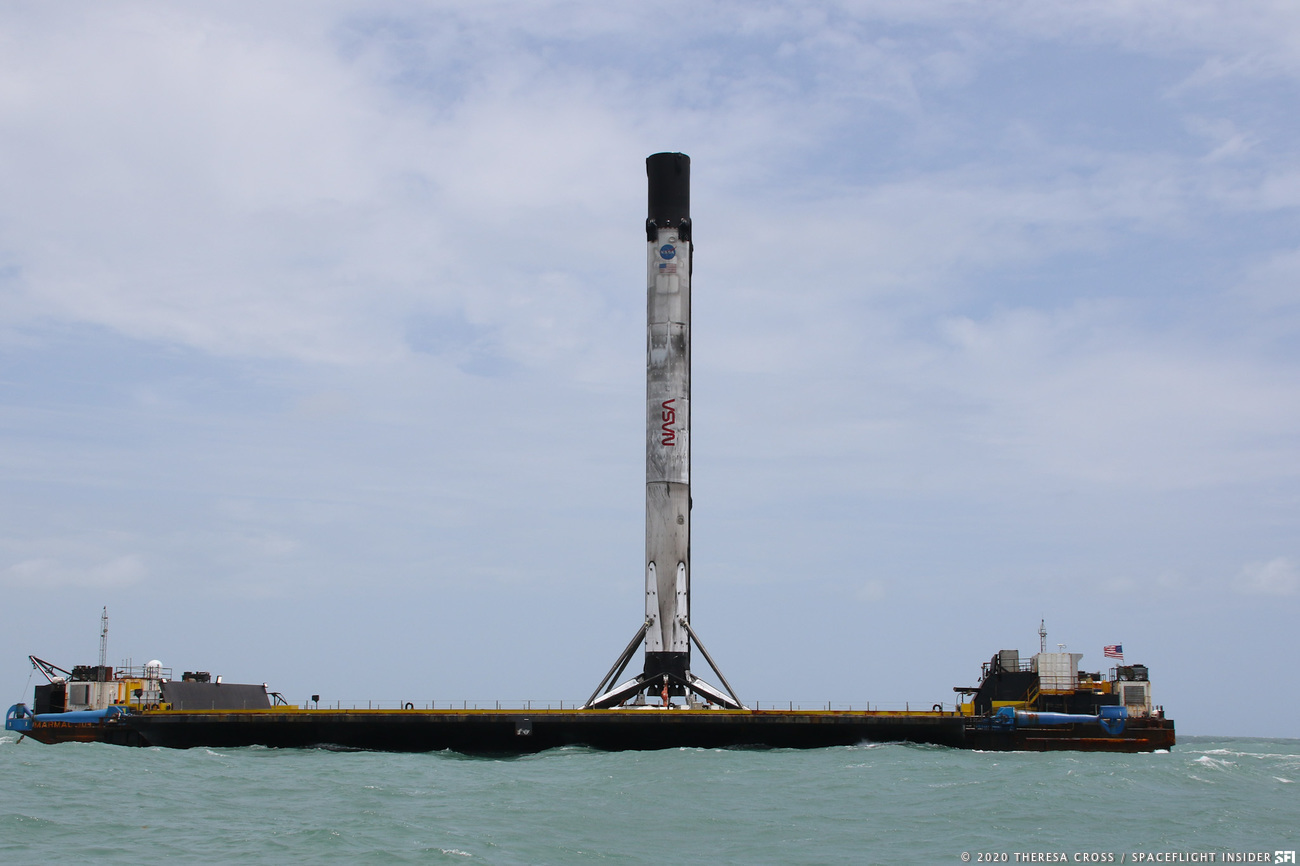 Falcon 9 Booster 1058.1 arrives back on the Space Coast, having departed some 72 hours earlier from Launch Complex 39A as a part of the Demo-2 mission. Photo: Theresa Cross, SpaceFlight Insider

Less than 72 hours after lofting the Crew Dragon carrying Douglas Hurley and Robert Behnken on the historic Demo-2 journey to the International Space Station, the Falcon 9 first stage booster 1058.1 has arrived in Port Canaveral. 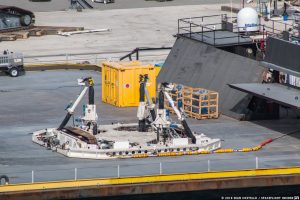 File photo of a SpaceX ‘octograbber’, which is a very low-profile mobile stabilizer equipped with tracks, allowing it to be driven across the deck and underneath a landed Falcon 9 booster. Photo: Sean Costello, SpaceFlight Insider

Being met at the entrance to Port Canaveral by a crowd of eager onlookers, Booster 1058 rode upright and in seemingly great condition aboard the SpaceX autonomous droneship “Of Course I Still Love You” (OCISLY), under overcast skies. While winds were high, the booster was held solidly in place by the robotic octograbber – a unique device which rolls out from a protected garage-like area on the ship to sit directly underneath the booster, securing it to prevent swaying and movement on deck.

Unique to this first stage, and an attraction for many of the photographers who are out to catch the landed first stage, is the NASA ‘worm’ logo which can be seen running vertically along the side of the rocket. Due to it having been faced towards the fixed service structure during launch, there were very few (if any) launch photos which were able to feature the classic NASA wordmark in flight. 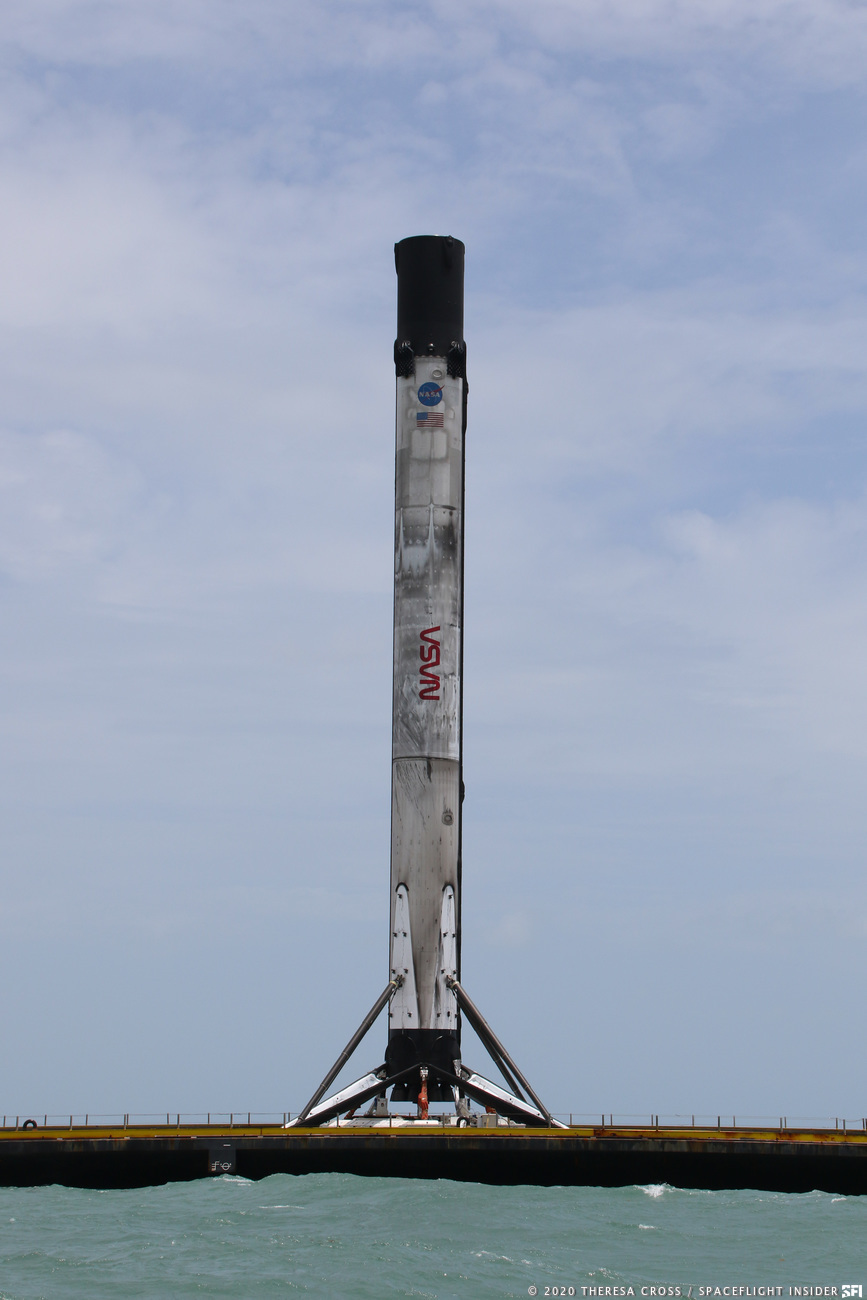 The NASA ‘worm’ logo is seen prominently on the side of the SpaceX Falcon 9 Booster 1058.1, returning to the Space Coast after her at-sea landing on Saturday afternoon. Photo: Theresa Cross, SpaceFlight Insider

Updates to follow from our multiple on-site correspondents, as the arrival of this historic Falcon 9 booster continues.

Now that “Of Course I Still Love You” is back in port, will the recording of the booster landing (infamously blacked out by a ‘loss of signal when broadcast) be made available?

While there have been still photographs of the moment of B1058’s landing shared by SpaceX, as well as aircraft video, I have not yet seen deck / on-board video. I will comment back once I locate some!

Is there a schedule to see when these boosters arrive via drone ship back in port?