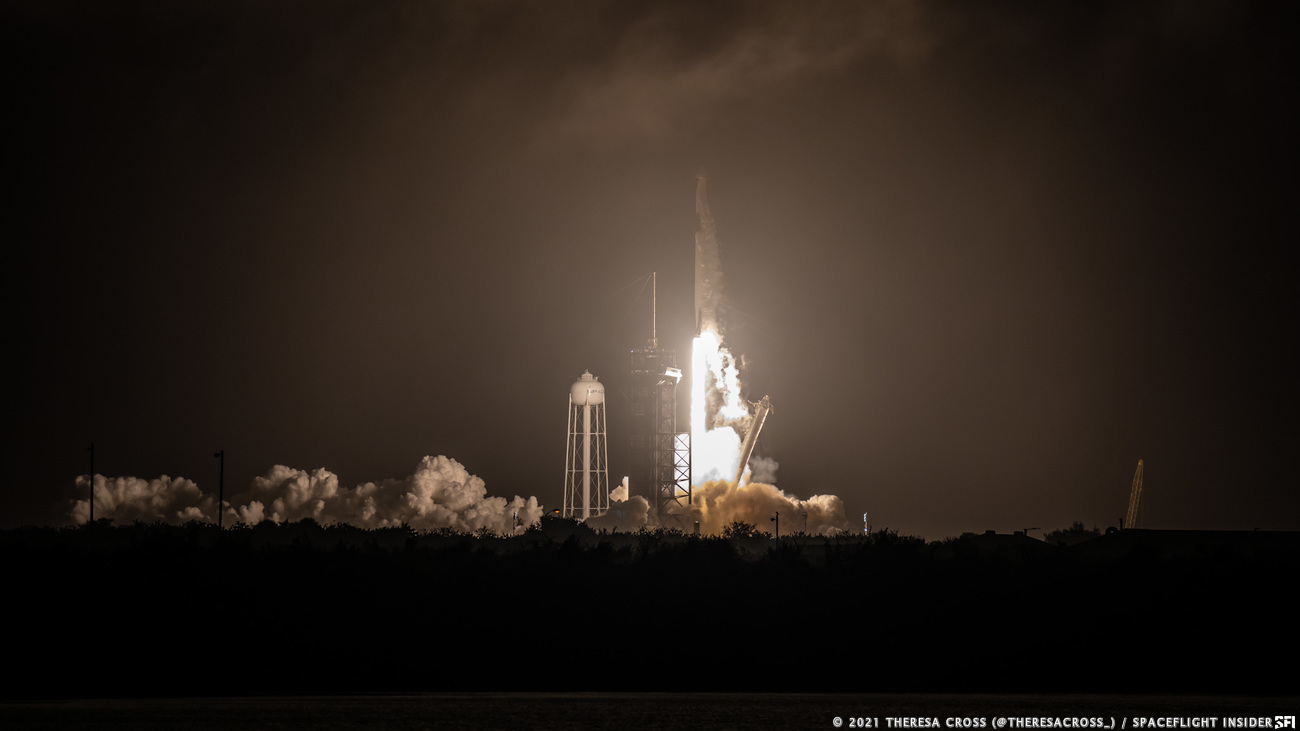 SpaceX found a gap in the rainy Florida weather to launch the CRS-24 Dragon resupply mission to the International Space Station.

Liftoff atop a Falcon 9 rocket occurred at 5:07 a.m. EST (10:07 UTC) Dec. 21, 2021, from Launch Complex 39A at NASA’s Kennedy Space Center. The weather throughout the morning was wet with thick clouds in the area. However, conditions improved in the minutes before the planned flight.

This was the 24th launch under NASA’s Commercial Resupply Services program and the fifth Dragon flight to the ISS in 2021. It was also the 31st and final Falcon 9 launch for SpaceX this year, the most in a calendar year for the company.

The booster used for this mission was a rare new Falcon 9 first stage, core B1069. It was only the second fresh booster used this year.

Following its job in propelling the cargo Dragon spacecraft to orbit, the stage went on to land on SpaceX’s drone ship Just Read the Instructions, located downrange in the Atlantic Ocean. This recovery was the 100th successful landing for a Falcon 9 first stage since SpaceX’s first landing in December 2015 — six years ago to the day. 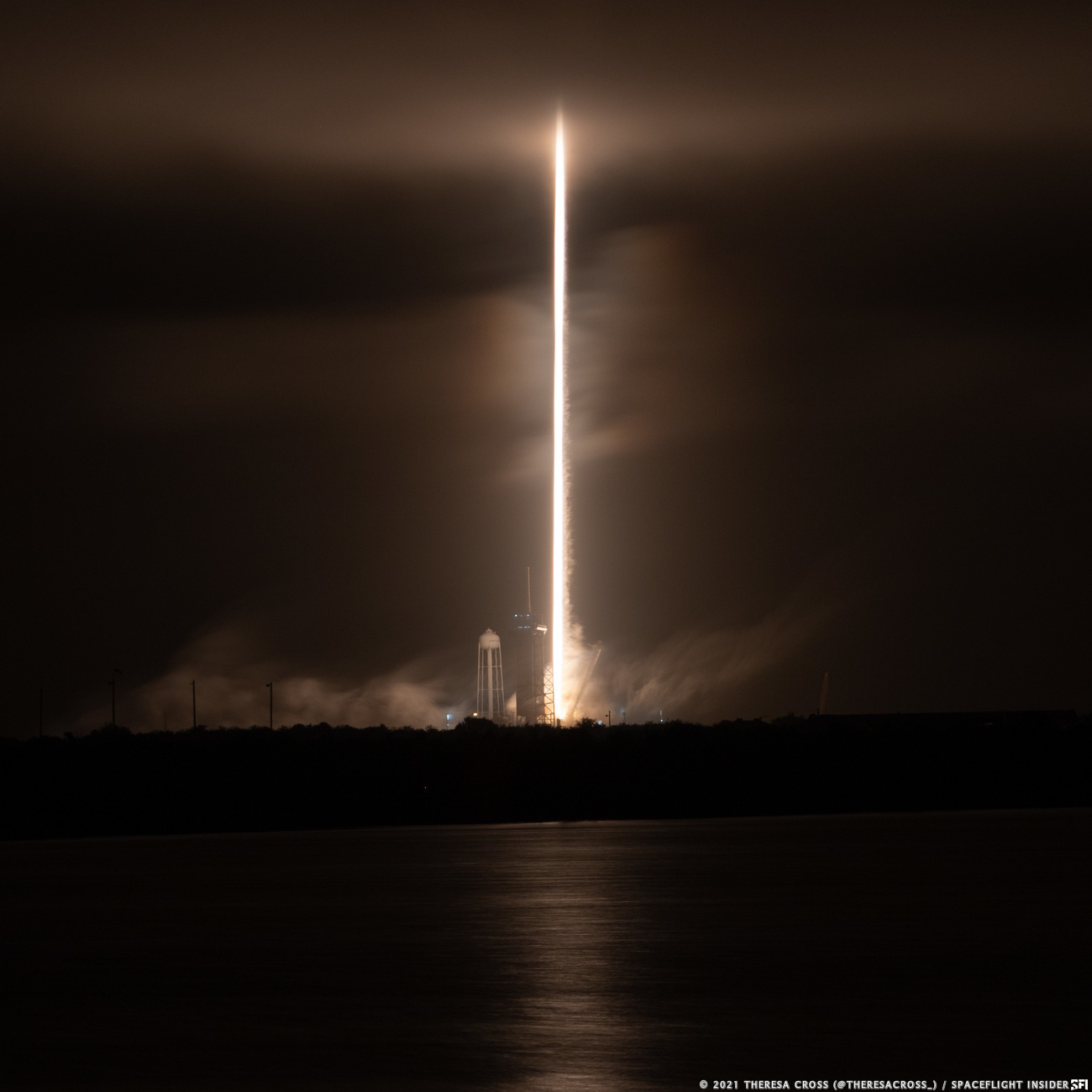 The capsule itself, which reached orbit about nine minutes after launch, is on its second flight. It was first used during the CRS-22 cargo mission in June 2021.

For CRS-24, the spacecraft is carrying about 6,500 pounds (3,000 kilograms) of crew supplies, experiments and consumables for the seven-person Expedition 66 ISS crew.

The CRS-24 Dragon spacecraft is expected at the orbiting laboratory at about 4:30 a.m. EST (9:30 UTC) Dec. 22 where it is slated to dock with the space-facing port of the Harmony module.

A handheld bio-printer is also being tested aboard the ISS for its use in wound and injury care. The 3D bioprinting process uses a prepared bio-link containing the patient’s own cells to form wound cover and protection for healing.

Also aboard the CRS-24 Dragon spacecraft were a few other investigations, including a tissue chip experiment to study the blood-brain barrier, another test using bacteria to protect DNA from stressors of spaceflight and research on neurodegenerative diseases, all aimed at helping to improve the quality of humans on and off Earth.

Other innovative payloads launched on CRS-24 include the Turbine Superalloy Casting Module, TSCM, “a commercial space manufacturing device that’s designed for proof-of-principle of polycrystalline superalloy part manufacturing in microgravity for terrestrial use” as stated in a press release by Redwire Space.

Redwire goes on to say applications for this technology is expected to include turbine engines in aerospace and power generation and was developed in partnership with NASA’s ISS Research Integration Office at Johnson Space Center.

There is also a Veggie Pond, Passive Orbital Delivery System, designed by Tupperware Brand, validated by Techshot, for growing a variety of plants off Earth that require less interaction and upkeep than other growth devices in the space-market at this time.

The MVP-Plant-01 is an investigation heading to the ISS to monitor “shoot and root” development in microgravity as they endure extreme conditions under long space flights to test for endurance as they aim to stabilize “early stage seedlings” in various gravity environments.

Clemson University and Redwire researchers have an investigation utilizing the Advanced Plant Habitat, an automated plant growth facility, for conducting bioscience experiments on board the space lab.

This particular research will cultivate several cotton genotypes of plant tissue, expose them to spaceflight conditions in hopes of growing cotton plants more effectively, efficiently, using less water, a precious resource on the ISS and increasing their adaptability in changing environments.