Billionaire plans more trips to space under the Polaris Program 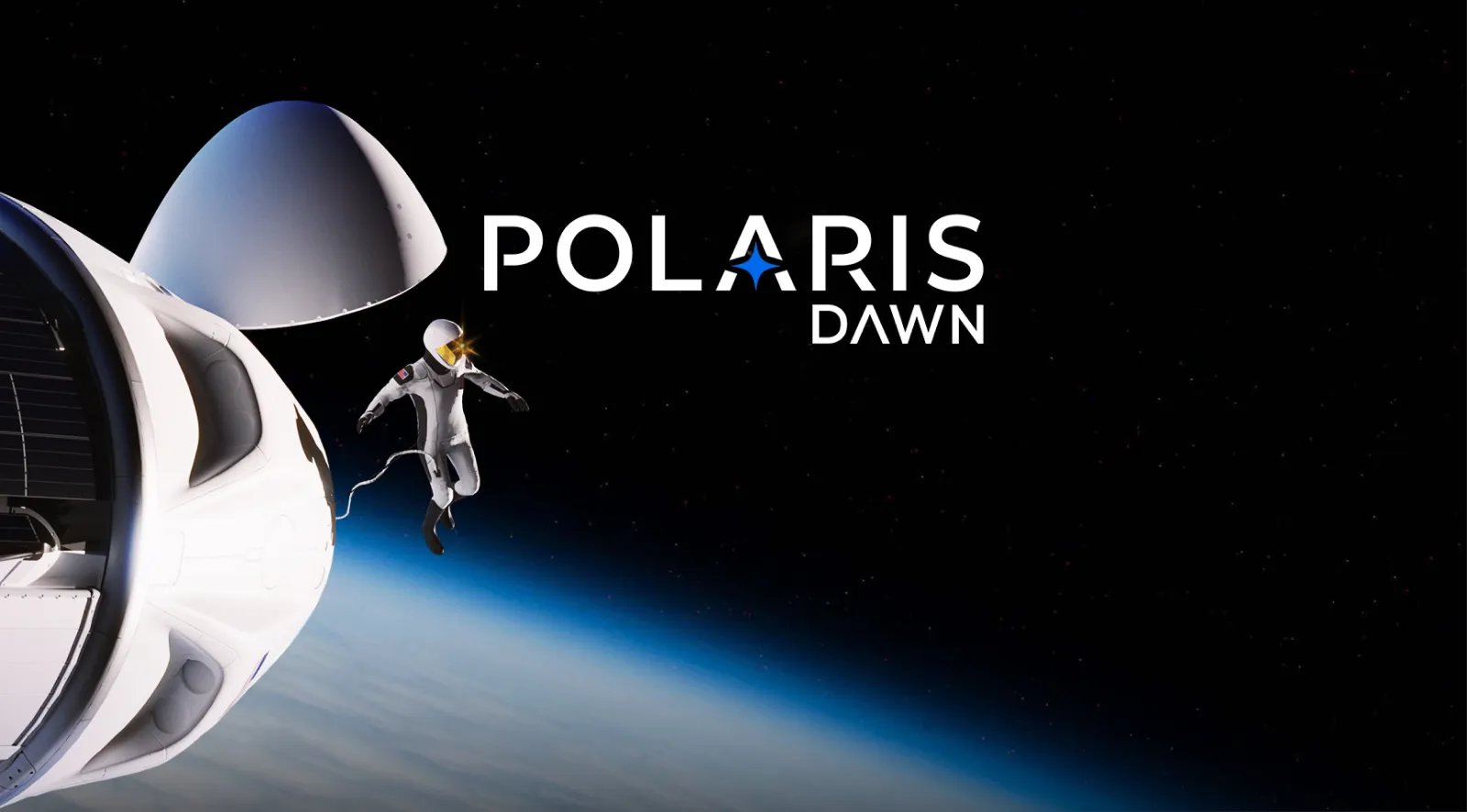 Jared Isaacman is going back to space, securing three future missions with SpaceX designated as the Polaris Program, which is named after the North Star.

For the Polaris Program, Isaacman — a billionaire through his company Shift4 Payments — as well and SpaceX look to expand the boundaries of what is possible for commercial spaceflight, calling it a “first-of-its-kind effort to rapidly advance human spaceflight capabilities.” The first flight, Polaris Dawn, could come as early as late 2022. 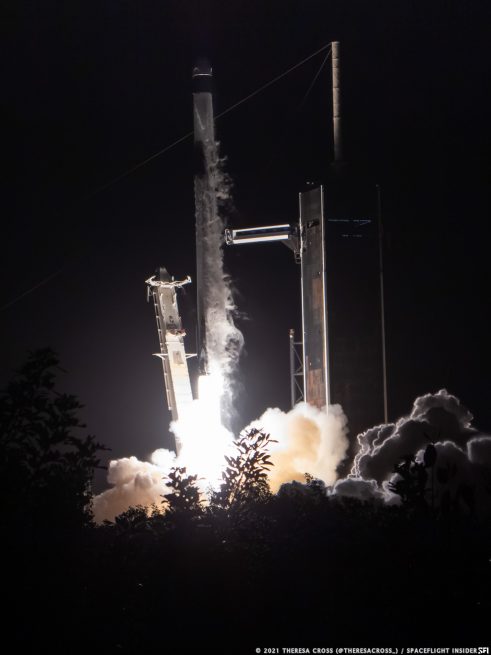 “The Polaris Program is an important step in advancing human space exploration while helping to solve problems through the use of innovative technology here on Earth,” Isaacman said in a press release on Feb. 14, 2022. “On Polaris Dawn, we endeavor to achieve the highest Earth orbit ever flown in addition to conducting the world’s first commercial spacewalk and testing of Starlink laser-based communication. Alongside these important objectives, we will be supporting scientific research to advance both human health interests on Earth and our understanding of human health during future long-duration spaceflights.”

The crew for Polaris Dawn has also been announced and include 39-year-old Isaacman as commander, Scott Poteet as the mission’s pilot, Sarah Gillis as mission specialist and Anna Menon as medical officer.

Gillis, meanwhile, is a lead space operations engineer for SpaceX and is responsible for overseeing the company’s astronaut training program, including during the Inspiration4 mission.

Also working for SpaceX is Menon. She is a lead space operations engineer at the company and manages the development of crew operations and serves in mission control as both a mission director and crew communicator.

Menon previously worked for seven years at NASA as a biomedical flight controller for the International Space Station. Her husband, Anil Menon, was selected by the U.S. space agency in December 2021 to be part of its astronaut corps.

As of January 2022, Anil Menon is undergoing two years of initial astronaut training as a NASA astronaut candidate. After completing his initial training, he could be assigned to a long-duration space station mission or to a mission to the Moon under the Artemis program. 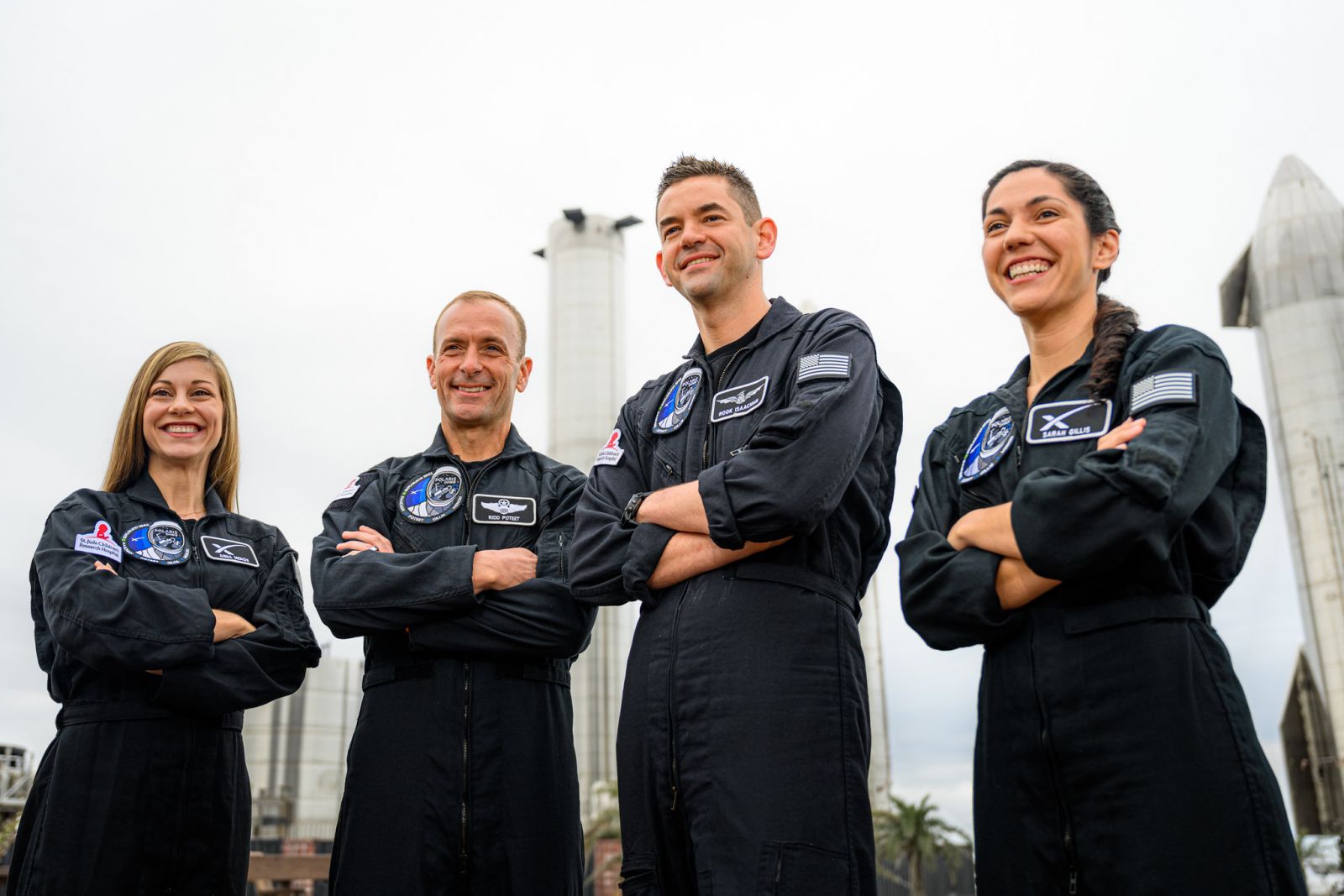 Polaris Dawn is set to launch via a Crew Dragon spacecraft atop a Falcon 9 rocket from Launch Complex 39A at NASA’s Kennedy Space Center in Florida. The mission is expected to fly higher than the Gemini 11 mission in September 1966, which achieved a maximum altitude of 850 miles (1,368 kilometers), and would feature the first commercial spacewalk, according to the program’s website.

Mission goals for Polaris Dawn include being the first crew to test laser-based communications in space using SpaceX’s Starlink internet constellation, which the program’s website states could provide valuable data for future space communications needed for trips to the Moon and Mars.

Moreover, various health experiments are slated to occur, including collecting data via an ultrasound monitor, gathering radiation data in higher Earth orbits, and providing biological samples for researchers on the ground.

Finally, the spacewalk that is expected to be performed for this mission is going to use an evolved version of SpaceX’s current pressure suits that astronauts wear during launch and reentry.

Since Crew Dragon doesn’t have an airlock, the entire capsule is expected to be depressurized while one or more members of the crew use the upper hatch to venture outside. 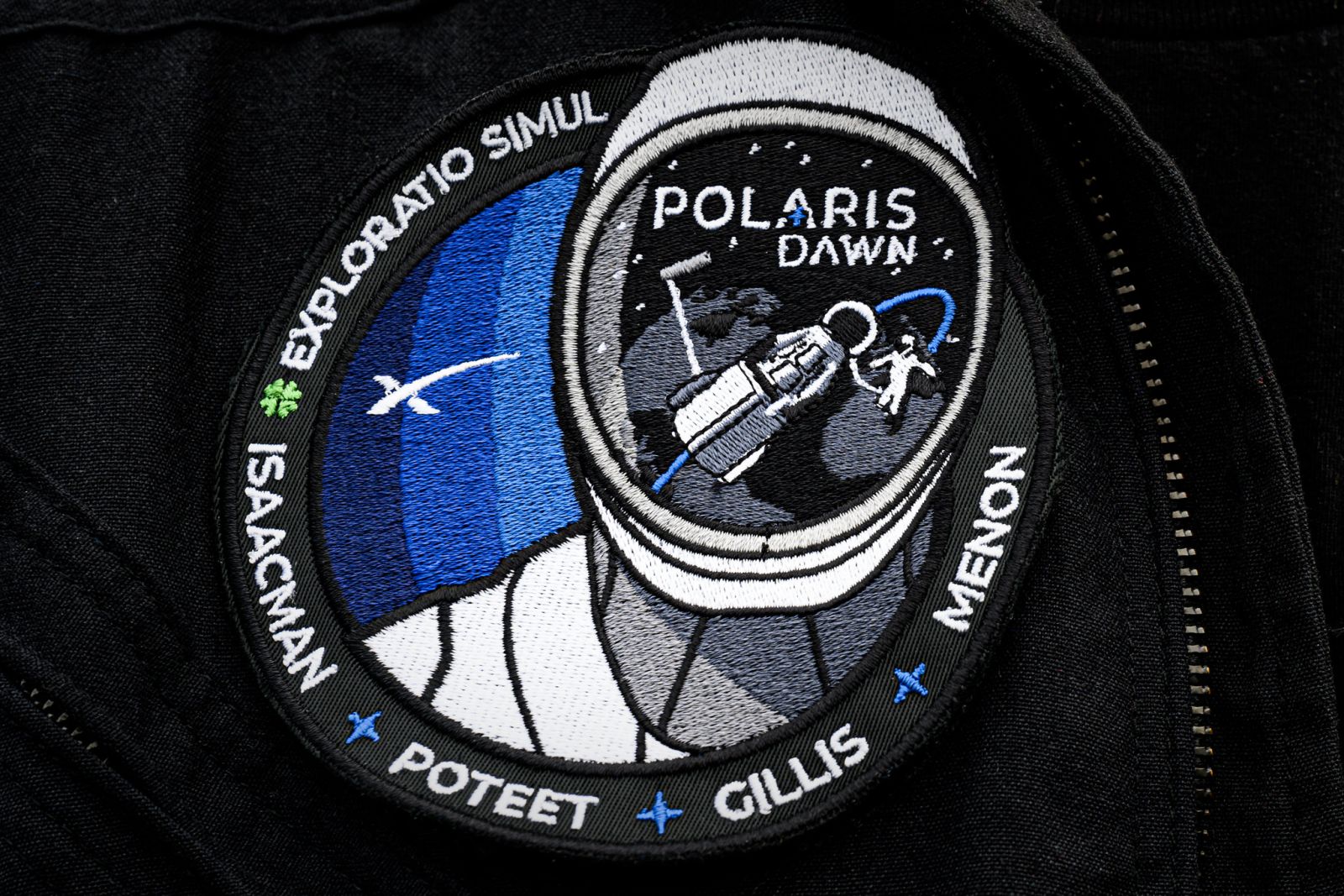 While not a lot is currently known about the planned spacewalk, it is expected that the capsule will have mobility aids, such as handrails, of some kind.

No details were given about the other missions. The first two flights in the series are expected to be flown aboard SpaceX’s Crew Dragon spacecraft, which is currently being used to ferry astronauts and supplies to the International Space Station.

The third flight in the Polaris Program is slated to use SpaceX’s Starship rocket and spacecraft, which is currently under development by the company at its Texas Starbase facility. Isaaman made it clear that a lot of development work has to be done before it is ready to fly people.

The price for the series of the space exploration missions has not been made public, and other than the general timeframe for liftoff of Polaris Dawn, no other timelines have been released.

Isaacman first flew into space in September 2021 as part of the all-private-civilian Inspiration4 mission, which he also funded. The three day journey orbiting Earth reached an altitude of about 364 miles (585 kilometers) before splashing down off the coast of Cape Canaveral, Florida.

Aboard Inspiration4 was also Sian Proctor as pilot, Chris Sembroski as mission specialist and Hayley Arceneaux as medical officer. Aside from opening up space to more people, the flight had another purpose — raise money for St. Jude Children’s Research Hospital, which focuses on fighting childhood cancer.

Inspiration4 had a goal of raising $200 million for the non-profit organization. It ended up raising some $250 million. Polaris Dawn is expected to continue to raise funds and awareness for the children’s hospital. 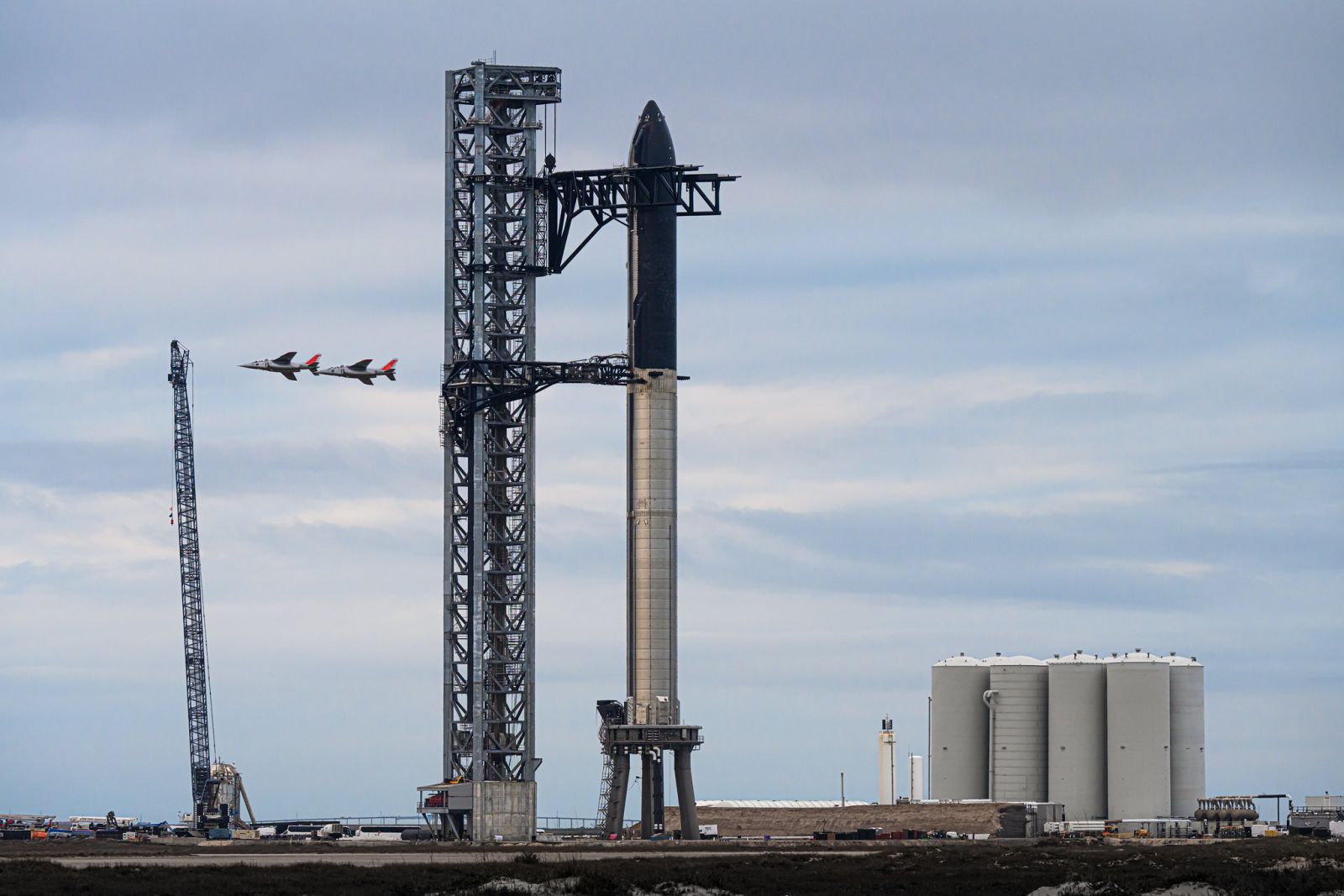